Why Do Married Couples Stop Talking to Each Other?

Why Do Married Couples Stop Talking to Each Other?

Why Married Couples Stop Talking to Each Other

As with most marriage-unfriendly behavior, the reason for the silence is self-defense.

For women, it is often defensiveness against feeling unloved when not heard by their husbands. For men, it is often defensiveness against feeling disrespected when he interprets what he hears as criticism and control. Neither partner sets out to make the other feel these things; each is merely doing what comes naturally to their own gender, who would not take offense.

Research from the Gottman Institute identifies a principle underlying happy, long-lasting marriages; it is that of “accepting influence. “Decades of data show greater marital satisfaction among couples where men accept influence from their wives.

This corresponds to the tendency of women to have their “heart heard” by husbands in order to feel loved, honored, and respected.

The chapter in Dr. Gottman’s Seven Principles for Making Marriage Work that elucidates this principle seems a bit imbalanced to me compared to the parity of the other principles. As such, it runs the risk of inciting as many relationship problems as it solves.

It is undoubtedly true that marriages are happier when men accept the influence of their wives more than might be a man’s natural tendency; however, the chapter is very light on whether women need to adjust their own natural inclinations, as men are called to do.

The truth is, couples are more likely to talk to each other if both genders adjust their natural tendencies, making it easier to accept influence from one another.

There is another remarkable book that commends this balanced acceptance of influence; it precedes Dr. Gottman’s book by about two millennia. It’s the New Testament. In it, Paul pens: “…submit to one another out of reverence for Christ” (Ephesians 5:21) and “…husbands love your wives; wives respect your husbands. “(Ephesians 5:25).

The Opposite of What Comes Naturally is Often Needed for Growth

Here, both husbands and wives are called to equally adjust their natural tendencies. It was for good reason that Paul did not say, “…husbands respect your wives; wives love your husbands. “He was asking men and women to do the opposite of what comes naturally to them, in order to meet the relational need of their spouse.

This prescription recognizes that women tend naturally to extend love; while men tend naturally to bestow respect. It is the language each knows best; it is how they communicate with their own gender. But it doesn’t work as well in inter-gender relationships. What seems clear is a foreign language to one’s spouse.

Women long for love; men long for respect.  This verse in Ephesians calls on men and women to yield to how the other gender typically feels valued in an intimate relationship. Marriage is a journey of discovery into precisely what the other gender means by these words, and how these are perceived.

Typically, a wife feels cared for, honored, and loved when her husband patiently listens to her.

She is more likely to engage in conversation over the dinner table if she has a husband willing to hear what she has to say, without finding fault in what she says, or impatiently offering fixes to be done with the subject.

And for the man? Is there anything a woman can do to help him be more conversational? Yes, there is.

The Reasons Why Married Couples Stop Talking to Each Another

There are interlocking reasons why long-time married couples stop talking to each another. Men long for respect and are sensitive to criticism. The most common complaint I hear from men in unsatisfied marriages is that their wives are “critical and controlling. “

This is due to a misunderstanding of a woman’s longing to have influence in decision-making, made manifest by her offering ideas, making suggestions, asking devil’s advocate questions, and generally trying to help.

The problem is that men hear their wives’ line of inquiry as a lack of confidence in his intelligence, competence, strength, or ability to handle things on his own (i.e., without her help). These are in direct conflict with one another at all times and quickly become conversational barriers.

What we have here is a perpetual problem, and thus a couple’s learning opportunity. In this case, it is a chance to learn more about typical gender differences concerning socialization and neurology.

Men want to protect and serve their wives and families by competently making decisions that will heroically fix things. Women want to draw close; to connect; to practice mutual dependence and foster togetherness.

Thus, they become involved in whatever issue is at hand, not because they doubt their husband’s competence, but because women see tasks, issues, and problems are opportunities to connect.

How It All Unravels

What this looks like in everyday conversation is that a woman will bring up some thought or idea, and the man—instead of hearing her heart—will key in on an error in syntax, some logical inconsistency in what she said, or some financial, philosophical, mechanical, or scheduling problem inherent in her idea.

One of the reasons why long-time married couples stop talking to each other is that husbands are problem solvers and will tend to point out problems that require fixing. 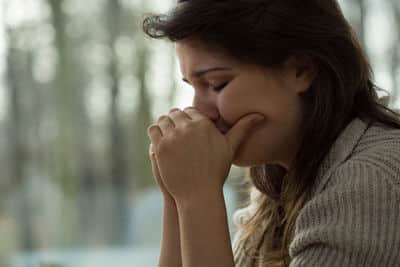 In a woman’s world, this is profoundly unloving.

A woman would disregard a syntax problem and affirm the heart of her spouse’s idea, using kind, emotional words.

Her focus would be on connecting and discussing the challenge-at-hand together as a bonding experience. Only incidentally and later might she ask about problems with the ideas.

When her husband fails to do this, it feels to her like a lack of support and a failed emotional connection. So, she shuts down. Then there is the opposing scenario common to the male experience.

When he brings up an idea, his wife— to come alongside—will ask questions of his plans, pose devil’s advocate scenarios, and wonder out loud about things that might hinder the success of his idea. She may suggest modifications or alternatives that bear little resemblance to his original proposal or decision.

To a man, her effort to connect feels to him like criticism and control. The male mind interprets her input as questioning his intelligence, doubting his competence, and overtaking his idea with her own. When a man feels this way, he misunderstands the advice to “allow his wife to have influence” and hears instead a request for him to abdicate his authority.

What is at issue here is the different meaning men and women ascribe to the sharing of ideas. And this clash of ideas is how, over time, long-time married couples stop talking to each other.

Men, of course, don’t see their comments as a rejection of connection; and women do not regard their input as critical or controlling or demanding their way. But such is the interpretation of their partner; it is one reason that married couples stop talking to each other.

What is the answer to why married couples stop talking to each other? Step one is simply to recognize the pattern. Women and men cannot expect their spouses to communicate in the same manner as members of their own gender.

Pausing and considering the needs of the other is always necessary for a relationship. We need to adjust our natural tendencies. Men need to hear their wives, allowing women to “think out loud, “more than men typically do.

He needs to come alongside and listen to her like a friend. This is not a debate class. Surrender the grammar police badge. Let her share her thoughts and be with her, not against her.

Likewise, wives can respect their husbands by scaling back the devil’s advocate questions, other ideas, and voiced doubts, instead of granting him—at least first of all—what a man yearns for from his spouse, – confidence, admiration, and encouragement.

Neither men nor women want critics or managers; both want a cheerleader and a romantic lover, but to different degrees.

This understanding and mutual yielding will get us through most days. But how do we handle marital gridlock, where yielding to the other’s need for love or respect doesn’t get us past our self-canceling desires, such as one spouse wanting another child and the other not.

Or one spouse wanting to move to another state upon retirement and the other wanting to stay put. What then? Even in gridlock—perhaps especially in gridlock—a woman needs to feel heard and protected, and a man needs to feel respected, not controlled. Also, three other things enter in when gridlock threatens the ability to craft a joint decision. 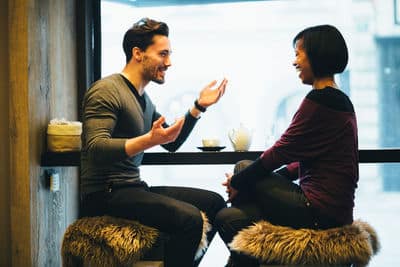 Can we pause and switch sides – defending our partner’s position for a moment, rather than our own?  If we are protecting each other as diligently as we would defend ourselves, then we have a safe relationship in which conversations happen more quickly.

What if a couple spent their time vying for what was essential to the other rather than to oneself? Wouldn’t that be a refreshing fight?

This is Dr. Gottman’s approach to overcoming gridlock. He suggests “becoming a dream detective.” When each partner is intent on discovering what is important to the other, and defending that, then we trade other-defensiveness for self-defensiveness, and a vast array of new options open up to us.

We become focused not on “my way,” but on “our future” that incorporates both our dreams.

How to Start Talking Again

“Between stimulus & response, there is a space. In that space is our power to choose our response. In our response lies our growth and freedom.” Dr. Victor Frankl.

The solution to why long-time married couples stop talking to each other is for couples to change their view of what constitutes a “win” in their marital discussions. If the discussion is a debate or a contest wherein one partner walks away as the “winner” by having the last word, or emerging superior in debate skills, or getting his or her way. At the same time, the other feels defeated, then the relationship has lost.

How do we address the way married couples stop talking to each other? We change our view of the “win, “such that is measured by whether the conversation drew us closer or not.

Was it a tool for connection? Did it make “deposits” into the relationship rather than withdrawals? Did it improve the overall ratio in the marriage of feel-good to feel-bad interactions?

Did positive emotions outnumber negative emotions? Were the attachment needs of both spouses recognized and protected, no matter the topic of discussion?

If you want to know why married couples stop talking to each other, we have to ask a different question.

If we want to know why married couples stop talking to each other, we have to ask a different question: questions that make conversation safe. These are the things likely occurring at the table where the dating couple sits. These are things that can be practiced by the married couple, as well.

Because You Want to Learn How to Start Talking Again.

About the Author Doug Burford

Dr. Burford specializes in relationship counseling, both in premarital and marital guidance. A graduate of Princeton Theological Seminary, he has been a Presbyterian minister and contributor to Chicken Soup for the Christian Family Soul. Dr. Burford has been married 30 years and is a father and grandfather.

Previous Post Can My Marriage Beat the Odds? Next Post After The Affair…Are You Ready For Couples Therapy?