How to stop gaslighting in a relationship and find peace and acceptance.

How to Recognize Gaslighting in a Relationship: 8 Steps

Here we focus on first defining gaslighting in a relationship and then teach you how to stop it. We aren’t saying you can, because, in an extreme form, it speaks to deeply rooted personality disorder in your partner that you aren’t responsible for.

But in its lesser forms, you can work to identify it and stop gaslighting behavior to rescue yourself and your relationship. We first focus on eight ways to tell if you are being gaslighted and go on to end the post outlining how to stop gaslighting in a relationship effectively, or at least try.

Gaslighting is a less subtle form of emotional abuse that seeks to control a partner through a pattern of over the top criticism and reality distortion. The term “Gaslighting” comes from the classic from the 1944 film Gaslight, in which a husband persistently torments his wife into doubting her sanity. 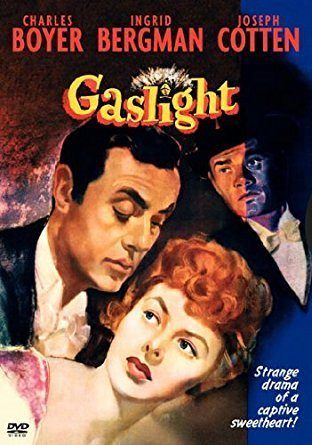 Gaslighting in modern relationships is not as dramatic. The kind of gaslighting we see in couples therapy is typically a relentless pattern of deception, unreasonable criticism, mean-spirited scrutiny, and contemptuous verbal aggression.

But gaslighting, like other forms of emotional abuse, occurs on a broad continuum. The milder forms often respond to science-based couples therapy, but extreme gaslighting typically far more problematic.

We often see cross-cultural couples struggling with issues of thwarted expectations, gender politics, and power imbalances that can reach the level of gaslighting.

Toxic gaslighting is the polar opposite of empathic validation. According to Gottman, this severe form of spousal abuse can not be treated in couples therapy.

8 Ways to Tell If You Are Being Gaslighted

1. Your Imperfections are Always Front and Center

The Gaslighter is hyper-focused on your flaws and weaknesses. They seem to delight in elaborating on your shortcomings and deficits.

Your “issues” are discussed not with an eye toward resolution, but as a relentless attack. Gaslighting is about establishing and exploiting an ever-widening power differential in the relationship.

2. Your Relational Anxiety is Always Expanding

Gaslightees are anxious and fretful. They lack confidence in their ability to please the Gaslighter reliably, so their self-esteem is continuously eroded. They can never anticipate when the Gaslighter will become angry or sarcastic, so they become increasingly anxious and wary over time. Gaslighting is a relational trauma in which your perception of reality is invalidated.

3. You Tip-Toe Around Them in the Hopes of Being Tolerated

There is no reasoning with a gaslighter. They are always right, and you are still wrong. You feel stressed and nervous as they pick and pick and pick at your imperfections. There are mental health consequences of being a gaslightee. Depression, anxiety, and even traumatic stress are common symptoms.

4. Your Gaslighter Rarely Admits Flaws and Is Highly Aggressive When Criticized

Gaslighters operate on the outer limits of authentic intimacy. There is nothing wrong with your relationship. Do not attempt to adjust the power imbalances. They control the horizontal. They control the vertical. For the next hour, sit quietly as they control everything you see and hear.

And what you will see and hear, if you just shut up and listen, is that everything that you are thinking, doing, or feeling is wrong. It’s no surprise that Narcissistic Personality Disorder and Anti-Social Personality Disorder are often found in Gaslighters. Extreme gaslighters will lie to your face and insist they are telling you the truth.

Complaining to the Gaslighter is a losing strategy. They might smirk at their own shortcomings because they believe your flaws are epic by comparison. They will deflect your complaints as just another indication of your immaturity, unreliability, etc. etc.

5. You Surrender Your Self-Worth

It’s common for gaslightees to eventually capitulate and accept their partner’s opinion of them. They apologize for breathing. They allow the notion that they are deeply flawed. One of the signs of gaslighting I see in couples therapy is a partner who is always saying “I’m sorry” when there is nothing to be sorry for.

6. You Lean on the Gaslighter for What Few Shreds of Approval They Might Deign to Bestow

Hard-Core gaslighters mix it up to keep the gaslightee off balance. They may offer an occasional crumb of approval. This random reinforcement creates a crippling emotional dependence on the Gaslighter, which is, of course, their ultimate aim. 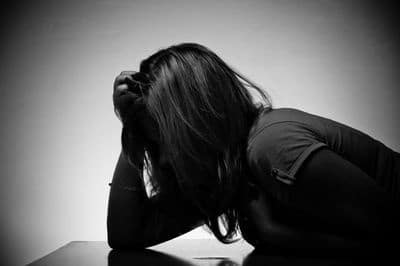 7. You Are Isolated and Alone

In cases of extreme abuse, some gaslightees will curtail their social contacts, often by intimidation, and retreat into their cramped critical universe.

Gaslighting is often found with other controlling behaviors such as controlling access to transportation, money, friends, and family.

8. You Defend, Deny Or Discount Their Gaslighting Behaviors

If friends or family pick up on your gaslighting partner, you rush to their defense. “It’s not what you think” “He’s under a lot of pressure at work.” “She’s a bit overwhelmed right now.” “He doesn’t always act that way.”

Inexperienced therapists might confuse such comments for positive sentiment override, sympathy, or empathy. They are nothing of the sort. These comments reveal an internalization of the Gaslighter’s perspective.

When the gaslightee eventually colludes in their own gaslighting, the gaslighter has achieved their goal of total spousal domination.

How to Stop Gaslighting in a Relationship

As I said earlier, like other patterns of emotional abuse, some of the tamer forms of gaslighting are treatable. But some gaslighting behaviors are an indication of extreme psychological and emotional abuse. A State of the Union clinical assessment might be an appropriate first step to consider.

But the odds are pretty good that an abusive Cobra husband would resent the involvement of outsiders, see no value in a clinical assessment, and refuse to cooperate.

Gaslighters don’t play nice in couples therapy. This is not good news for many long-suffering spouses…but it is the truth. If you’re chronically gaslighted, couples therapy will probably not help. In milder forms, here how you can stop it:

Stop the focus on your flaws and weaknesses by directly asking your partner to stop the criticism, sarcasm, and focus on your imperfections. You aren’t “too sensitive.” You are asking for a reasonable change in their actions. Insist that they fight fair and make valid complaints. Know the Four Horsemen that destroy a relationship and root them out. If they can’t or won’t cooperate with you in making that change, seek out a science-based couples therapist. If they don’t go, you might have to plan to alone. If you want to know how to stop gaslighting in a relationship, begin here.

2. Notice if you continuously feel anxious when you are with them and try to figure out why.

Notice if you are anxious or fretful when you are with your partner. Determine whether you are “walking on eggshells” to avoid their anger or sarcasm. You can’t change this alone. Invite a candid talk about the tension in the room and see if you can work together to change it concretely. Make sure your reality isn’t discarded as “not real.” It’s your reality, and it deserves to be respected.

3. Stop tip-toeing or being “tolerated.”

In a good relationship, people enjoy each other, focusing on strengths and ignoring or manage weaknesses together. Because we know from science that happy couples accept their partner’s flaws, if your spouse finds yours intolerable, you may be being gaslighted. As mentioned, there are mental health consequences of being a gaslightee. Find out if you are suffering from depression, anxiety, and even traumatic stress are common symptoms. Therapists can also provide an objective perspective.

4. Look for a balance of power. Don’t accept chronic lies.

In authentic intimacy, the balance of power shifts between both partners seamlessly. You get your way sometimes, and they get theirs. One does activities they are good at and shares those they aren’t. Both people get a say in how things should go. If it’s one-sided, it’s not a good relationship. If something you hear “feels” wrong or a lie, come to trust your instincts. Quietly verify if you are being lied to, and instead of continually confronting and being rebuffed, accept that it may be time to leave this abusive relationship for one where truthfulness is a cornerstone.

Refuse to accept anyone’s opinion of you. Stop apologizing and repeatedly saying, “I’m sorry” only to hear, “You should be!” If you have to apologize for being you, it’s time to find someone who considers you to be adorable just as you are. On the other hand, look objectively at what you want to change about yourself privately and ask close friends if they agree. Often friends will be shocked at your personal goals for transformation, and like you just the way you are. Listen to them.

If it doesn’t come naturally in a day, ask yourself why. If you find yourself trying to change to please, and are never “enough,” ask yourself why you need approval from someone who sees you as unacceptable. Instead of looking for support in the wrong place, seek out people who provide it naturally.

7. Keep up connections with friends and family.

If you find your partner refusing to allow you the means to see your friends and family (including access to transportation and money), that’s abusive. Forced isolation is a form of abuse. Keep in contact with those you love, despite objections from your partner, or get out.

8. Stop making excuses for them.

Notice when you rush to their defense, even if what your partner says or does is damaging or insulting to you. No abuse is acceptable. It isn’t sympathy or empathy you are engaging in; it’s self-abuse.

If you start to accept repeatedly negative assessments of yourself as: “stupid,” “lazy,” “selfish,” “ugly,” or “worthless,” you’ve accepted your Gaslighter’s view. You are colluding with them toward their domination of you. Look objectively at what friends and family say, especially if they are your biggest fans. You deserve fans who love you just the way you are. That’s what “love” is.

Can’t do it on your own?

Hopeful Spouse coaching with a trained science-based couples coach can help you unpack these experiences, keep your sanity, and work toward establishing more firm, healthy boundaries…whether you stay married or not.

Do You Need Hopeful Spouse Counseling To Recover from Gaslighting Narcissism?