What is Limerence? And Why Do We Need a Limerence Cure?

Limerence is an emotional and mental experience of deep, obsessive attachment to another person.  Limerence symptoms usually feel involuntary and are characterized by an intense craving for reciprocity. But how could limerence symptoms become so problematic that a limerence cure is required?

A person in the throes of limerence (often described in the literature as a LE, or Limerence Experiencer) is continuously feeling trapped by an obsessive romantic attachment to a Limerent Object (LO).

Neuroscience is helping us to better understand the disorienting nature of involuntary limerence, and our increased understanding may one day lead to a limerence cure.

For example, we now know that serotonin, which is a neurotransmitter in the brain that controls mood, is at unusually low levels for the LE, just as it is for people suffering from obsessive-compulsive disorder.

Why is a Limerence Cure a Good Idea?

Typically a person suffering from limerence (the LE) is unfamiliar with the word. However, as they scour the internet using more popular terms such as “love addiction” or “obsessive Love,” they will eventually encounter the term… limerence.

Many people who suffer from limerence view their state negatively. They may feel impaired or even temporarily insane. Often the LE may feel a profound romantic attachment to an utterly inappropriate limerent object (LO).

The LE often suffers greatly and feels increasingly isolated. Limerence for an inappropriate attractive other has attracted little interest in the field of mental health. There is, for example, no diagnostic criteria, or best-practices treatment plan.

This is most likely because not every LE sees their limerence in a negative light. In fact, I often work with couples who sheepishly describe their early dating as a decidedly pragmatic undertaking. They often ask “was it a mistake for us to marry? We never had any intense cravings or romantic passion. Was that supposed to happen?

They feel illegitimate as a couple because they did not experience limerence.”

What We Know About Limerence Symptoms

Psychologist Dorothy Tennov was the first clinician to explore the limerent state. Her 1979 book, Love and Limerence: the Experience of Being in Love, remains the classic book on limerence. But new research is more keenly focusing on the neuroscience that drives limerence symptoms.

Researchers Wakin & Vo (2008) define limerence as “an involuntary state that involves intrusive, obsessive, and compulsive thoughts, feelings, and behaviors that are contingent upon perceived emotional reciprocation from the object of interest.”

The difference between love and limerence is a matter of degree. According to Tennov, early feelings of romantic love and limerence may appear nearly congruent; however, it is the very intensity of limerent feeling which can make both the LE and the LO profoundly uncomfortable.

The key aspect of limerence which distinguishes it from healthy attachment is the issue of attaining reciprocity. Limerence subordinates the well-being of the LO. Shared enjoyment and mutuality take a back seat to attaining reciprocal intensity. A limerent object is truly an object because their wants needs and desires are subordinated to the LE’s obsession.

In other words, true love gives and receives freely…but limerence craves reciprocity to satisfy what feels like a bottomless hunger.

The most defining characteristic of limerence is that it defies control (Tennov, 1999). It is chaotic in how it upends and disrupts other responsibilities, relationships, interests, and practical considerations.

Limerence is unevenly distributed across the human condition. Tennov’s research shows that limerence was “a certain state that some people were in much of the time, others in some of the time, but still, others never in…or at least not yet” (Tennov, 1979).

How Do Limerence Symptoms Take Hold of the Brain? 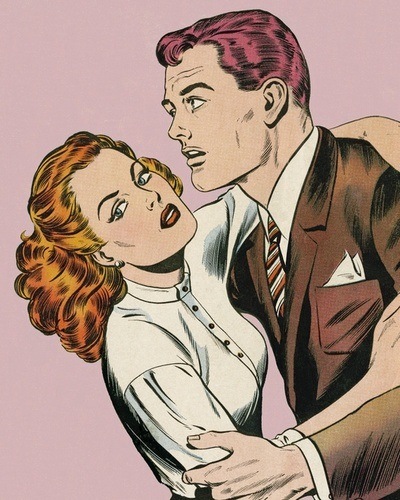 From a perspective of neuroscience, any limerence cure must carefully unpack the way limerence symptoms gradually disorder the mind.

Crystallization is an intense awareness of attractive traits, while less desirable traits are mostly ignored.

In other words, the image of the attractive other, (the perfect partner in their head) is shaped to conform to a pre-determined, externally derived romantic conception (Tennov, 1979).

In other words, limerence is a perfect bubble unencumbered by reality.

The first crystallization is when approximately 30% of waking thought is preoccupied with the LO.

When you are starting to notice intrusive thoughts about an attractive other, this would be a good time to get a therapist and start a protocol for your limerence cure.

The interplay of the LE and the LO are the main factors that may lead to the highly problematic second crystallization.

Once your brain tips into obsessive despair or ecstasy, your beloved will consume nearly 100% of your waking thought.

At this point, limerence throbs and undulates with each interaction you have with your Limerent object.

Powerful neurochemicals are involved with the onset of limerence symptoms. These chemicals are Oxytocin, Norepinephrine, Dopamine, Testosterone, Estrogen, Phenylethylamine, and others as well.

What Do We Know About a Limerence Cure?

Inappropriate or non-reciprocated limerence typically expands until it slams against a hard boundary.

LE’s aspire to be in the eternal presence of the beloved.

The person on the receiving end of a limerent obsession sometimes becomes increasingly confused and uncomfortable. Long overdue appropriate boundaries coming from their LO often leave the LE stunned and forlorn.

But more often, the source of a boundary on runaway limerence comes from a spouse or family.  If, and when, your limerent affair is discovered, life changes… because new boundaries are established and decisions must be made. This is where science-based couples therapy can help keep your recover from inappropriate limerence and keep your family intact.

While some LE protests their unfair treatment, research tells us that most people suffering from limerence begin to come to their senses when the object of their obsession (or significant others) establish firm boundaries.

Guidelines For a Limerence Cure

So if you suffer from inappropriate limerence, and a boundary is forced upon you…we know a few things from the research that can help you. Here the essential elements for any self-directed limerence cure:

Resources For Those Suffering From Inappropriate Limerence:

http://limerence.net/ is a great website and support forum for those impacted by the pain of limerence. Whether you define your limerence symptoms as suffering from unrequited love, love-addiction, obsessive love, romantic infatuation, or affair recovery, the limerence.net forum might help you in your recovery.

It’s a place for those pursuing a cure for their limerence. While it can’t take the place of in-person therapy, it can be an important first step in realizing that you are not alone and that you don’t have to suffer in silence. If you’ve ended your affair, but still suffer from symptoms of limerence, Good couples therapy can help with that.

Do You Want a Stronger Marriage After You Recover From Inappropriate Limerence?

Tennov, D. (1979) Love and Limerence; The experience of Being in Love. New York. Scarborough House.