Does this mean that same-sex couples sail through gay couples therapy twice as fast straight couples? We don’t know yet… but it’s a very intriguing question.

Why Do Gay Couples Improve so Much in Gottman Couples Therapy?

This is a study I am looking forward to reading. Perhaps other recent research might shed some light on these new findings.

Antonelli, Dettore, Lasagni, Snyder, and Balderrama-Durbin (2014) found that gay and lesbian couples, (as compared to heterosexual couples) reported a higher level of satisfaction with the quality of leisure time they spent together, as well as a higher satisfaction with their physical and sexual encounters.

What Makes Gay and Lesbian Relationships Succeed or Fail?

Dr. Gottman and his research team attempted to answer the question;  Are there significant differences in the patterns of relational success and failure between heterosexual and same-sex couples?

To answer that question, Gottman conducted a twelve-year study of gay and lesbian couples.

His research concluded that all couple regardless of sexual orientation have many of the same relational struggles and satisfactions. But same-sex couples have significant strengths and unique vulnerabilities.

However, gay relationships have unique strengths and struggles which characterize their interactions, particularly in the area of conflict resolution.

“When it comes to emotions, we think these couples may operate with very different principles than straight couples. Straight couples may have a lot to learn from gay and lesbian relationships,” Dr. John Gottman. 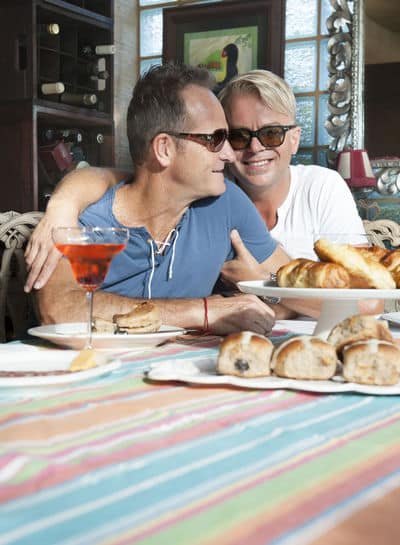 Consequently, it’s not unusual for a gay man to internalize a profound degree of self-reliance.

This autonomy stood them in good stead while enduring a lonely childhood and adolescence, but excessive self-reliance may impede a gay man’s ability to readily find a balance between autonomy and connection.

Gay men who initiate complaints may, at high levels of conflict, criticize vehemently, and make it more difficult for their partner to make a successful repair attempt.

Gottman concludes that gay men might need more help in understanding the systemic impact of their negativity than lesbian or straight couples. It’s lonely growing up gay, and consequently, emotional supports, particularly for young gay men are often lacking.

Thanks to the Researchers

Salvatore Garanzini, MFT, is the Executive Director and Cofounder of the Gay Couples Institute, based in San Francisco, CA. He and his husband, Alapaki Yee, MFT, also a co-founder and Director of Operations, supervise clinical staff performing gay couples therapy at the Institute. Salvatore is also an adjunct professor at the University of San Francisco Counseling Psychology Department. I appreciate this ground-breaking research in Gottman Couples Therapy.

Is Gottman Couples Therapy Right for You? Get it Online