5 Powerful Tips for Setting Boundaries for Yourself in Marriage -

5 Powerful Tips for Setting Boundaries for Yourself in Marriage 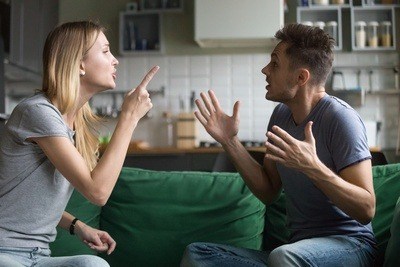 Boundaries and the Differentiated Self

We’re all familiar with the desire to set limitations on our partners. But the idea of setting boundaries for yourself in marriage is sometimes strange and uncomfortable.

That’s the nature of setting boundaries for yourself in marriage. You can’t control what your partner says or does.

But you can choose how you respond. And in that personal decisional space are the boundaries that you set for yourself.

You decide what you will tolerate or endure. You decide the consequences of your spouse’s actions. You determine whether a behavior creates emotional distance or more intimacy. You decide how to bring up issues, and how to handle conflict on your end.

Setting Boundaries for Yourself in Marriage

It’s important to set boundaries for yourself. At some point, you benefit from looking at the “demon dances” you both suffer through. No matter what kind of couple you are, it’s helpful to ask what are the repeating arguments and unresolvable conflicts between you and your partner? And what new boundaries can you entertain that might encourage a better outcome?

Let me give you an example. I once worked with a surgeon, Michael, and his wife, Claire (not there real names, of course). He was pretty unconscious about chronically coming home late for dinner and keeping his family waiting. 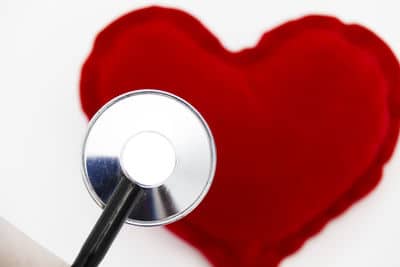 Whenever Claire brought it up, he was dismissive, defensive and accused her of being a nag.

I asked her if there was a new boundary or bottom line that she could use to convey how unhappy she was. So here’s what she said to him:

“Michael, I know that your work is important. People’s lives are literally in your hands.  And our lives are in your hands as well. Cecilia and Arthur, being teenagers, really need a stable routine right now.

If you’re going to be late, please call me so I can maintain a family routine for them by having dinner with them.  I love you, and I’m on your side. I won’t forget about you. You will always have your dinner in the fridge ready to be microwaved when you return home.”

Michael wasn’t happy about the prospect of eating leftovers alone, but more importantly, he felt that Claire’s gentle boundary opened up space in his heart where it was easier for him to hear her out and respond non-defensively. He used his personal power at the hospital to allow for regular dinners with his family.

The Concept of  Differentiation…Simultaneously Connected and Distinctly Different

Another crucial part of setting boundaries for yourself in marriage are the related ideas of “you are not me.” and “I am not you.”

Your partner has their own thoughts and feelings, as do you. Differentiation means having a separate stance, possessing the skill to respond with empathy, and not react with defensiveness.

This also includes respecting each other’s differences…particularly when you find them annoying. While healthy boundaries in marriage foster healthy relationships, setting boundaries for yourself in marriage provides the opportunity to experience both personal and marital growth.

5 Powerful Tips for Setting Boundaries for Yourself in Marriage 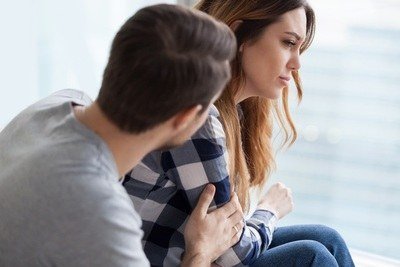 What boundaries have you already marked? Are they being violated? Why? And how often?

And how do you respond when these boundaries are respected or ignored? You can’t really engage in setting boundaries for yourself in marriage until you unpack the boundaries (or lack of boundaries) that are already in place.

The problem with being forgiving is that we actively thwart what could be a positive motivation for change. When we remove logical consequences, we may also remove the eustress that promotes positive change.

Don’t get me wrong. I am a fan of forgiveness and forbearance (I certainly ask my wife for it often enough). But there can be a palpable difference between patience and tolerance on the one hand, and an utter lack of consequences on the other.

If you continue to forgive serial transgressions, your partner’s problematic behavior, absent consequences, become normalized. Research tells us that emotional and physically abusive behaviors were more likely to persist when their spouses were perpetually forgiving.

Chronic knee-jerk forgiveness injures both spouses in a marriage. In the case of abuse, the act of serial forgiveness may become a silent sanction for their partner’s toxic behavior.

3. Be Assertive, Direct and Honest About Your Wants, Needs, and Desires

Passive aggression is a pattern of behavior where instead of expressing negative feelings directly, a partner communicates them through subtle actions.

Because of how modern life has unfolded over the last few generations, passive-aggression is a fairly widespread behavior we see in couples therapy, particularly in men.

In passive-aggressive spouses, there’s a mismatch between what they do and what they say.

A passive-aggressive partner will quickly say something like “it doesn’t matter”, “It’s ok,” “I’m fine,” or “I don’t really care,” but then convey a vague (and sometimes not so vague) sense of displeasure and annoyance with the very situation that they declined to previously discuss.

An essential feature of the passive-aggressive spouse is their innate bitterness and annoyance with the requests of their partner. This is often conveyed by “forgetting” or failing to complete previously agreed-upon tasks.

Passive-aggressive behavior by men is typified by frequent complaints of feeling undervalued, unappreciated, or unloved.  This problematic behavior pattern is the anti-thesis of being assertive, direct and honest about your wants, needs, and desires.

If you have a tendency (as I do ) to occasionally be passive-aggressive, setting boundaries for yourself in marriage will require you to say “yes” when you mean “yes,” and to say “no” when you mean “no.”

4. Remember to Complain Instead of Criticize..and Stop Avoiding Conflict

True assertiveness is calm, clear, and differentiated. Here’s what I want, here’s why I want it, and here’s what in it for you if you collaborate with me.

A differentiated partner asserts themselves knowing that their partner isn’t a mind reader, and has not been placed on earth to thwart their every desire.

They neither pursue or avoid conflict. But they do make solid complaints… and focus on what they want instead.

We Need to Offer You 13 Essential Strategies for Setting Boundaries for Yourself in Marital Conflict Before We Move On to Tip #5.

5. Setting Boundaries For Yourself in Marriage Means Setting Limits on Conflict

This is so profoundly important. When our spouse sees things differently, it’s natural to feel annoyed or angry with them. The problem with any kind of intense emotion is that physiological arousal tends to compromise our ability to think clearly and speak to our partner as if they were someone that we loved.

Science-based couples therapy can give you essential skills for setting boundaries for yourself in marriage.

Got Boundaries? Get Coaching Now!