“I Know You’d Rather See Someone in Person”: Facing a Pandemic Before You’re Forced To 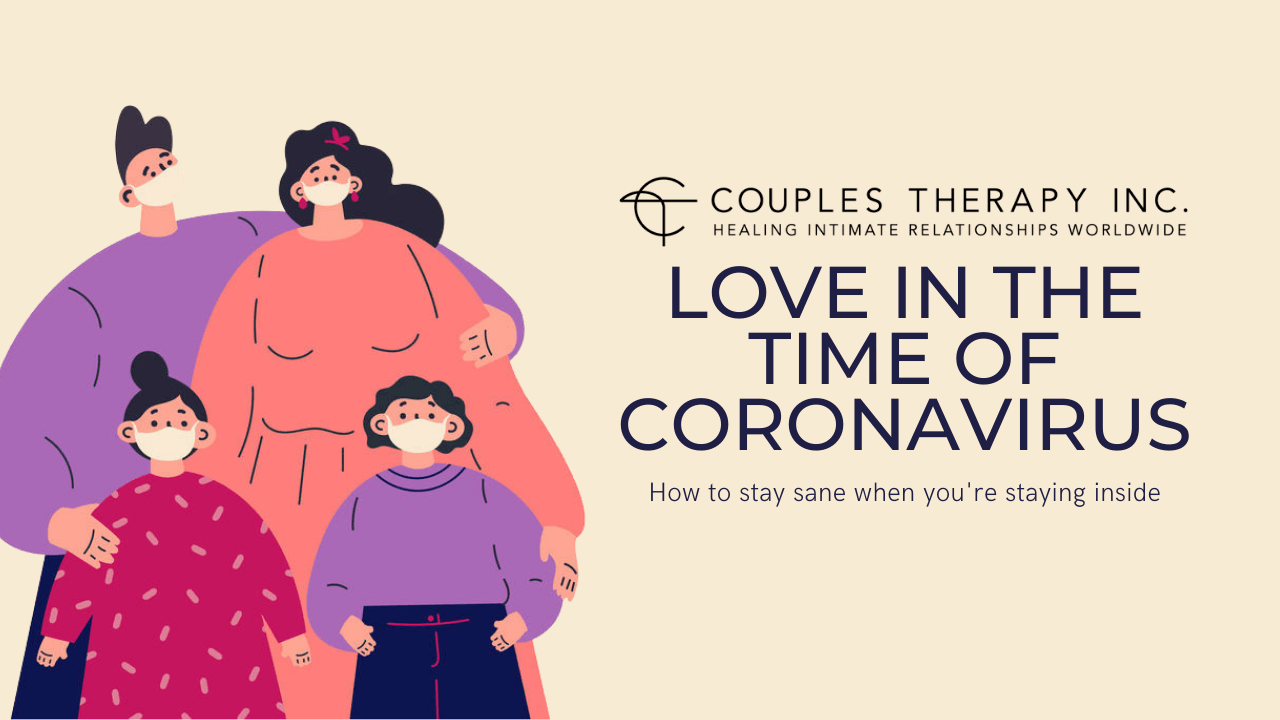 Learn better ways of relating and to build resilience as a family. Develop a working plan. Focus on your family priorities. Free!

“I Know You’d Rather See Someone in Person”: Facing a Pandemic Before You’re Forced To

Yesterday, I made a dramatic move.

I postponed every in-person couples therapy retreat that had been scheduled with my clinicians in the months to come.

And these couples are upset.

They've paid a lot of money, and made travel arrangements. Their nervous systems and even their immune systems are impacted by living in their struggling marriages. And now the distractions, which made life more livable, are disappearing. Broadway has closed. Professional sports teams have stopped playing. Even the Boston Marathon was postponed.

We've offered these clients a chance to do these therapy retreats online, but they don't want that.

They want to see their couples therapist face-to-face, not through a screen. And they want us to make an exception.

And I totally understand.

Jessica, our Operations Manager, has been reaching out, speaking to these clients and sharing the bad news. And she's feeling the strain.

They want to talk to her. They need to talk. They really need to get in. They've already waited too long.

Our Intake Coordinator is telling me that people inquiring about our services have flatly refused to be seen online. Online just won't do.

We had a staff meeting until 10:30 pm last night, because all of us feel terrible. We all wish this wasn't happening. And we feel scared, too.

This move may cost me my business. And a large part of the livelihoods of over 30 clinicians.

So let me tell you why I did it.

And I'll start with a story.

The Lily Pond and Exponential Function

Imagine you have a small pond that's you'd like to decorate.

You plant a single water lily on March 1st.  You learn that water lilies propagate every day, so tomorrow you'll have 2 lilies, the next day 4, and so on.

If it takes 30 days for the water lilies to overrun the pond, how many days would it take to fill half of it?

But in fact, you'd only be seeing a few lilies on March 15th.

By March 28th, a quarter of the pond would be filled.

By March 30th, a single day later, it would be totally overrun with water lilies.

And it's the reason our clients don't understand why we're acting so concerned, and won't let them do a retreat face-to-face. A retreat that they've paid for and are ready to do.

"Nothing has happened yet," they argue.

And we don't have to wait very long.

Monday, to me, seems like a decade ago. I was excited to have a new staff member, Olivia, join our team. We have been growing at a very fast pace, and all of us were very busy and needed more help.

I was brimming with excitement for the future.

By Wednesday, that all changed.

Like the lily pond, nothing really looked different, but I realized, after following the news on Italy, that if I didn't do something, something dramatic and immediately, I was contributing to that exponential function by conducting "business as usual."

On Monday, most of us went to concerts, Disney World, out to dinner, traveled on European vacations, and took planes to do marriage counseling in an intensive format.

But the virus, like the lilies, were multiplying as we interacted. 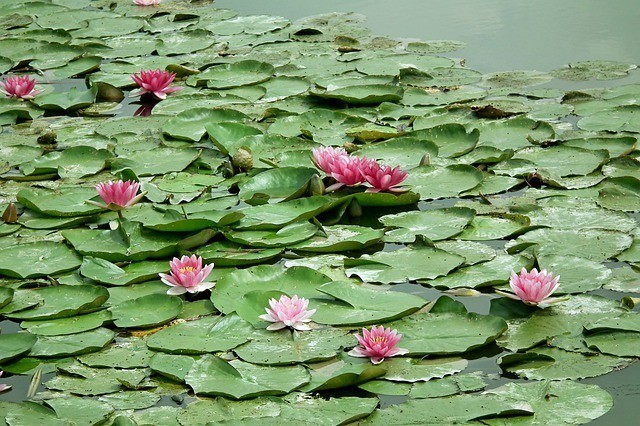 On Monday, March 9th, we had 213 new cases of the coronavirus in the USA.  But we hardly noticed.

By Thursday when I told my distressed staff to contact every one of our clients and tell them not to come in person, we saw a dramatic increase in reported cases.

And we haven't started testing in earnest.

If we had taken this virus heart-attack serious, like in Singapore, we would have started to pull up those lilies before now. But there were so few cases, and it didn't seem like an issue.

Even now, some of you may be saying "there are only slightly more than 2000 people. How could this be a serious problem?"

When Singapore pulled those lilies, at the start, the rate of infection still drifted up, but more slowly. And this made all the difference. They enforced draconian measures that forced social isolation, and it worked.

Their hospitals could handle the slower the rate of infection. Even very sick people got the care, hospital beds, and machines they needed to stay alive. All hospital staff were fully protected.

Now notice the "hockey stick" growth in the Italian chart. That might have been only a few days between taking this virus seriously when a few cases appeared, versus waiting until it was obviously a problem.

Now let's look at the USA: See the hockey stick shape again? We're really starting to notice those lilies multiplying. But do we take it seriously yet?

The goal now is to flatten the curve. Slow the spread, because it's too late to stop it.

The slower the pace of infection, the slower the number of people who are going to be needing hospitalization at any one time. Our hospitals just aren’t equipped for large numbers of people showing up all at once.

And our medical staff still need protective gear that has yet to be manufactured and distributed:

And these are single-use items, needed to keep our medical staff safe.

It depends upon your age. But overall, while the percentages are low for those becoming seriously ill, the actual number of real human beings needing medical attention will not be. And they’ll need a greater number of sophisticated pieces of equipment the sicker they are :

And more medical help in the ICU.

Our clients do realize that there is a pandemic, but still may not believe they can do anything about it, as a single individual or as a couple.

And even if you drive to our offices, pack your lunch and eat in the park, it might be fine. But then again, you might not be. You might be carrying the virus to the clinician who'll be visiting his immune-compromised 80+ father later that night. Or the therapist-Mom who's bringing it home to her college-aged son fighting bone cancer.

One person with the virus passes that on to 2.2 other people, who pass it on to 2.2 people and so on. Like the water lilies, it starts slowly but dramatically increases later on.

We are social animals. We like to hang out, have dinner together, and sit in a therapist's office face-to-face, rather than looking at them through a screen.

But until we're on the other side of that bell curve, and the rate of infection begins to fall, we have to act like each of us can make a difference.

When the schools close, weddings get postponed, your spouse is asked to work from home, and actors on Broadway are left aimless, without a part to play onstage, we're socially isolating.

And we'll hate it more and more as time goes on.

When we say no to drinks after work, make a point to go to the grocery store early in the morning or late at night, and when we keep our children off the playground monkey bars, we're socially isolating.

Yes, even the gym.

And if you're glad you can still go to the movies, ride the subway, attend a surprise birthday party with a "small gathering" of 30 people, or celebrate your anniversary in a nice restaurant, you're missing the concept.

The kids will beg you to let them visit their friends, and you'll really want to let them go. You've been locked up together for what seems like decades.

It takes a good 4-5 days (and up to 14) for symptoms to show. And you might be told you are a crazy person, and your friends might even tell you you're overreacting on March 16th, 20th, or even 28th. But everyone will wake up when that final doubling occurs.

And suddenly, like the water lilies, everyone around you, even strong healthy people you know, will get sick, and fear will heighten.

Forced social isolation will be the new norm. And it may be way too late to avoid that hockey stick growth.

But it's not forever.

This virus will pass.

And we can speed it along by being willing to take dramatic steps now, on day 14, which is a lot sooner than you or your friend might agree is necessary.

And please, my clinical colleagues, stop face-to-face contact, and begin to work online. We've opened up our CTI Zoom program to everyone who works for CTI, to use for their own private practices free of charge. Let's make that a movement, practice owners. Let's slow this virus down. NOW.

We're "tentatively" scheduling retreats after June, and I sincerely hope we'll be able to conduct them.

We'll also be holding free webinars for anyone who wants to sign up. We'll have the URL soon, for you to use, as well as topics like: Staying Sane with Preschoolers At Home and When Your College Student Comes Home and How to Comfort The Loved One Who's Had to Postpone a Big Event or Surprise! This is Now My Office!

You get the picture.

Until then, please keep social distance, even in psychotherapy, by see your therapist online , speak to us about strengthening your marriage when you're cooped up and not getting along, and try to stay sane while staying inside.

It will keep our doors open, and your marriage more collaborative during the worse pandemic of our lifetime. 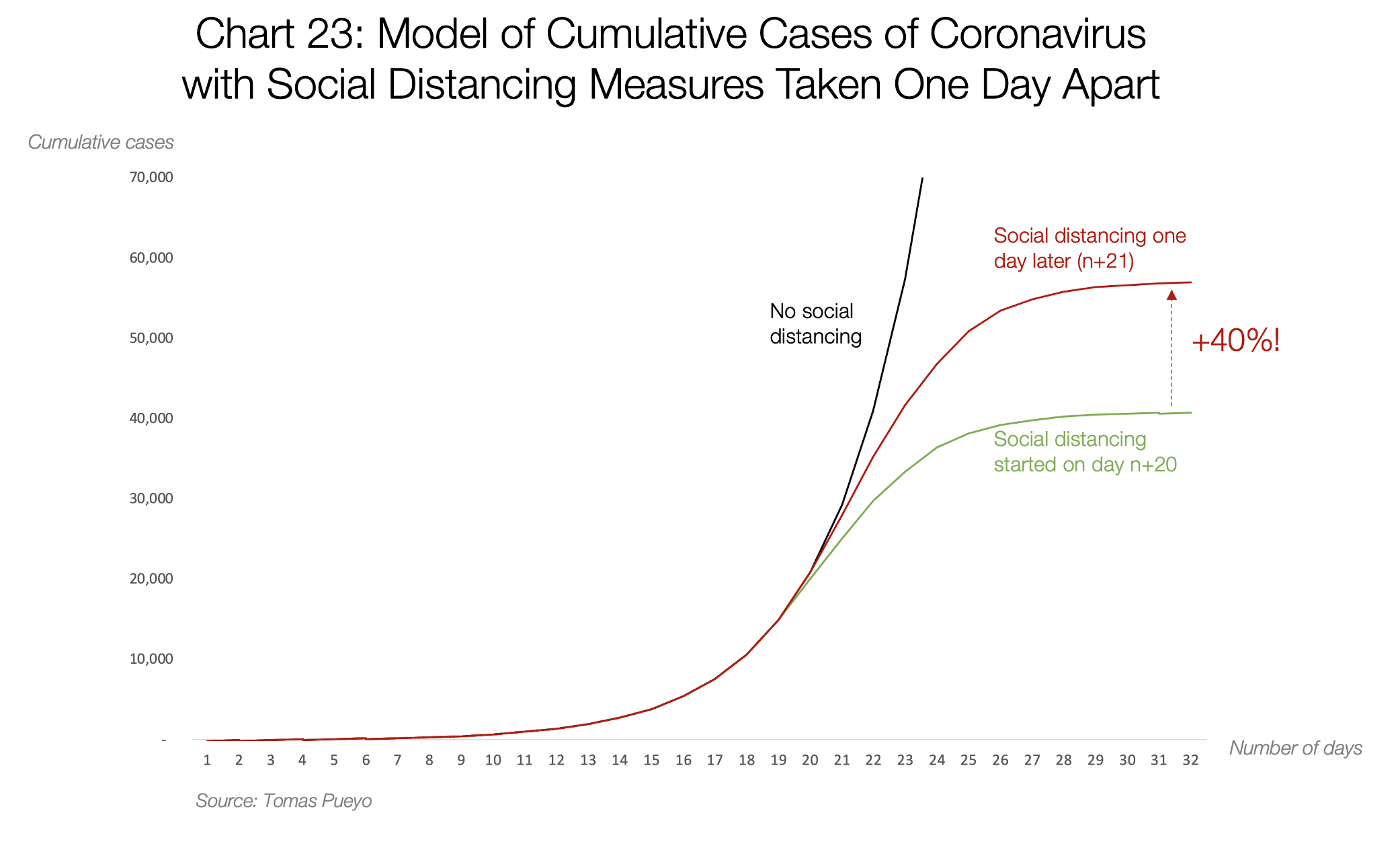 Thanks to Asaf Bitton, MD, MPH and the many people who took the time to put these charts together.

Is COVID-19 Contributing to a Measurable Rise in Virtual Affairs?