Accepting Influence and Criticism…The Earlier You Work on this the Better.

The Importance of Accepting Influence

Gottman says the 65% of American men are incapable of accepting influence. This is a staggering number, as I mentioned in earlier posts when high double digits show up in social science research, something important is being described.

Gottman assigns a gender tag to criticism, yet I wonder if the refusal to accept influence at the heart of it all? 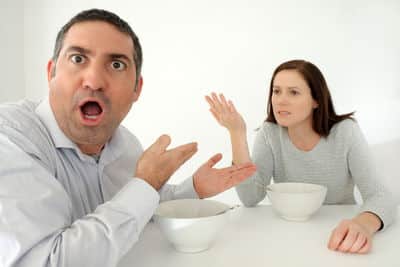 Just about every couples therapy model out there points out the problem with phrases like: “you always.. and you never.”  But socialization may be at the heart of this problem.

The problem just might be starting with men in the first place.

Control, respect, and power are found in the most regressive aspects of what it means to be male.

Giving up such essential male prerogatives is a hard and high price to pay for intimacy. Is it necessary?

Accepting influence is an important skill for both partners to acquire in an intimate relationship…as early as humanly possible.

Gottman’s research reports that even in the early days of marriage, men who have to capacity to accept influence have, by far, significantly more happy unions.

They are also far less likely to divorce than men who robustly and regularly resist their wives’ influence.

Gottman says that when a husband is not willing to share power with his spouse, there is more than a 4 out of 5 chance that his marriage will implode eventually. 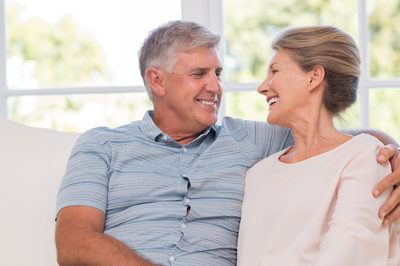 Gottman explains that he is not advocating that men surrender their power wholesale, it is more about being open to another point of view.

Husbands in happy marriages accept that their wives will seek to have influence, and do not expect resistance in wanting reciprocal influence with their spouse.

This free flow of power is a trait found in the most happy marriages.

The Inability to Accept Influence Can Blindside an Otherwise Sensitive Man

The cultural blinder of patriarchy may impact a man’s ability even to notice male privilege, and an inability to accept influence quickly inhabits and inhibits his defensive posture.

Try making “accepting influence” part of how you roll as a couple.

Early in your relationship, notions of influence are still being worked out and may remain largely unexplored.

Gottman recommends flexibility around accepting influence. He urges couples to cultivate an appreciation for how you can “yield to win.” By yielding to win, Gottman is describing a negotiated relational space that makes room for influence.

During an assessment, a science-based couples therapist asks…How is conflict managed between the couple? Who escalates and why?

Gottman tells men that if you want to have influence… accept influence. It is, by far, the most effective way to engage with your partner.

This is where Gottman discusses the relationship between a husband’s accepting influence and the critical cascade that brings on the Four Horsemen.

Gottman once wrote that “….wives of men who accept their influence are far less likely to be harsh with their husbands when broaching a difficult marital topic.” Reciprocal influence is a vital skill for preventing and resolving marital conflict. But this is a skill to be acquired early, and particularly by men.  Strong influence accepting skills will prevent an excess of  power struggles and emotional gridlock at a later point in the marriage.”

Learn about the importance of accepting influence. Call us today to learn more.

Because You Want to Have Influence