Defensiveness is marriage one of the most pervasive of Gottman's four horsemen of the apocalypse. The problem with being defensive is that when you're feeling attacked, it keeps you stuck in your own head.

Many couples slide into conflictual conversations too casually, easily and quickly. Gottman suggests that a weekly Generative Conversation, (which he calls a State of the Union Meeting) is the best way to engage with your partner around challenging issues.

Neuroscience tells us that careful, focused attention, such as the kind that is required in a Generative Conversation can be exhausting. A 40-minute time limit on a conflict-saturated discussion, allowing each of you to answer questions for 20 minutes each is a good policy to help you both prevent burn-out while building emotional muscle. Don't expect to resolve your conflict in just one Generative Conversation. Notice and appreciate your spouse when they are able to curb defensiveness and reactivity.

A Generative Conversation is an intervention often used during our marriage retreats. This intervention casts one of you in the role of the Speaker (or Initiator), and the other as the Asker/Listener (sometimes called the Inquirer). The speaker answers questions in paragraphs until the question is fully addressed, and then the Asker moves on to the next question. Here are some ideas of how you can rein in your defensiveness while engaged in a Generative Conversation.

Write Down What Triggers Your Defensiveness

Gottman suggests that notebooks be used during Generative Conversations. This is critical because ideally, you want to understand your partner and be understood by them as well. Triggers to your defensiveness should be carefully noticed. Make a quick note of whatever your spouse says that evokes a defensive reflex in you. Taking careful notes also facilitates your ability to reflect when it becomes your turn to be the speaker.

If you are triggered, tell yourself "I'm OK. I don't need to interrupt. I can respond to this trigger when it's my turn to speak," and then jot down the trigger. A problem with being defensive is failing to remember that you have self-control, and the capacity to notice and self-soothe. If you become fully aware of your triggers, you can learn to make a distinction between your self-induced threatening interpretation, and what your partner is actually saying.

Talk to Your Partner as if They Were Someone You Love

Put tough topics in context. During Generative Conversations, focus on the love and respect you have for each other. See the conflict as an issue that you will both work through together. Remember happy times and fond memories.

In Dr. John Gottman's book What Makes Love Last?, Gottman suggests reminding yourself, "In this relationship, we do not ignore one another’s pain. I have to understand this hurt."

Breathe Deeply and Slow Down 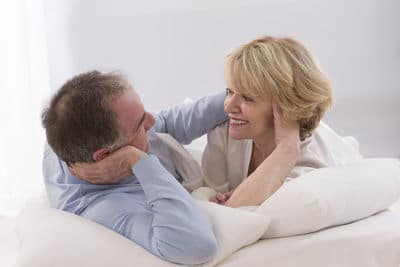 If you get triggered, notice what happens in your body, and breathe deeply. Notice where you hold tension in your body, and tense and relax those muscles. Be open about you need to self-soothe with your partner, particularly if they notice you struggling.

Accept Your Emotions...But Don't Indulge Them

Notice the interpretation, the meaning you put to your triggers, and your defensive reactions. Interpreting what your partner feels and taking offense is not the same thing as listening with an open heart. If they are angry or upset ask yourself, "What are they saying? Can I take responsibility for even a part of what they are complaining about?" One problem with being defensive is the self-pre-occupation that it encourages. 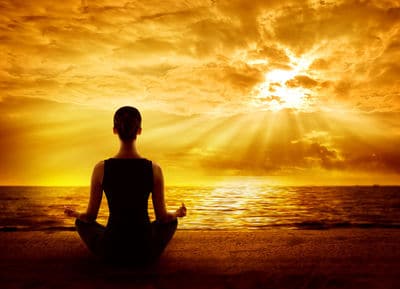 Defensiveness in marriage is a habitual response of automatic defensive reactions when feeling attacked.

Look inward and see what you are telling yourself about what this conflict means and how it impacts you. Entertain the notion that your partner’s complaint might have some truth to it. Look for the truth through the trigger.

Ask Yourself Why Am I Triggered By This Comment?

At the first feeling of defensiveness ask your self Why is this topic so loaded for me? Why am I getting so defensive? What part of myself am I trying to keep safe? Your spouse's complaint is an articulation of what they need. It's not about you. Take a deep breath... then take another... and lean into them with curiosity and concern.

Describe Your Defensiveness...But Don't Fall into It

If you're having a hard time with what your partner is saying, ask them to say it differently. Notice your routine communication patterns. “I’m feeling defensive right now because of what you just said. Can you please put it another way so I can wrap my head around what you are telling me?"

If you're the Asker/Listener, and you are triggered, you might be tempted to make a defensive response or blame your partner. If you can't shake it off, ask for a timeout. Self-soothing during tough conversations can be an ongoing, proactive process. Self-soothing protects your emotional brain from diffused physiological arousal (DPA). You might say something like, “I’m starting to get triggered. It's about me, right now, and my ability to listen fully... can we take a break and start over in 20 minutes or so? What your saying is important, and I want to be fully present right now. But I can't. I'll be back and we will revisit this."

During the break, breathe deeply, focus on a fond memory. If you start to ruminate, read something to occupy your mind. Do whatever you know calms you down and sharpens your focus. But make sure to keep your word by returning to the conversation in the time frame you promised.

Self-soothing is a skill. The problem with being defensive is that it pulls you away from your partner and into your defensive structure. Eventually, you'll be able to recognize that you are triggered and becoming defensive, and ask your partner for what you need at that moment. Then you will begin to handle your ongoing defensiveness in a very matter-of-fact way. It's essential to understand defensiveness as an innate human tendency. All humans are wired to defend themselves. Defensiveness is more to be recognized and managed than overcome.