The Lure of Marriage Separation. Most Online Advice is Totally Wrong.

Is There any Hope for My Marriage After Separation?

I hear that question a lot. And in this post, I’m going to take you deep into the science to answer that question. For many distressed couples, marital separation may seem like a good idea. And our culture avidly supports this notion. 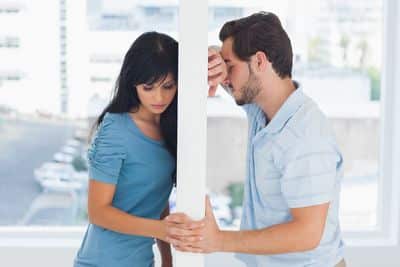 I have seen websites by All-Purpose Therapists singing the praises for their particular formula for a “therapeutic separation.”

Couples are told that their children will benefit from their separation by learning to adjust to a “new normal.”

These therapists also describe practical financial benefits such as health insurance stability, and other commingled financial relationships that are unaffected by a “trial” or “therapeutic” marital separation.

Some therapists have even set up small cottage industries specializing in drafting separation agreements.

At the risk of sounding flip, a couples therapist who specializes in crafting separation agreements is like a surgeon who owns a chain of funeral parlors.

One internet marriage coach, (with absolutely no mental health training whatsoever) offers a home study course based on his own half-baked ideas, and a few useful ideas he’s lifted from reliable experts in science-based couples therapy. At the same time, he slams couples therapy as ineffective. His gall is breathtaking.

Unfortunately, many of these “general practitioner” therapists and coaches have little or no familiarity with the actual clinical research on living apart. But science-based couples therapists do.

Here’s what they don’t know…

What Research Reveals About Couple Separation 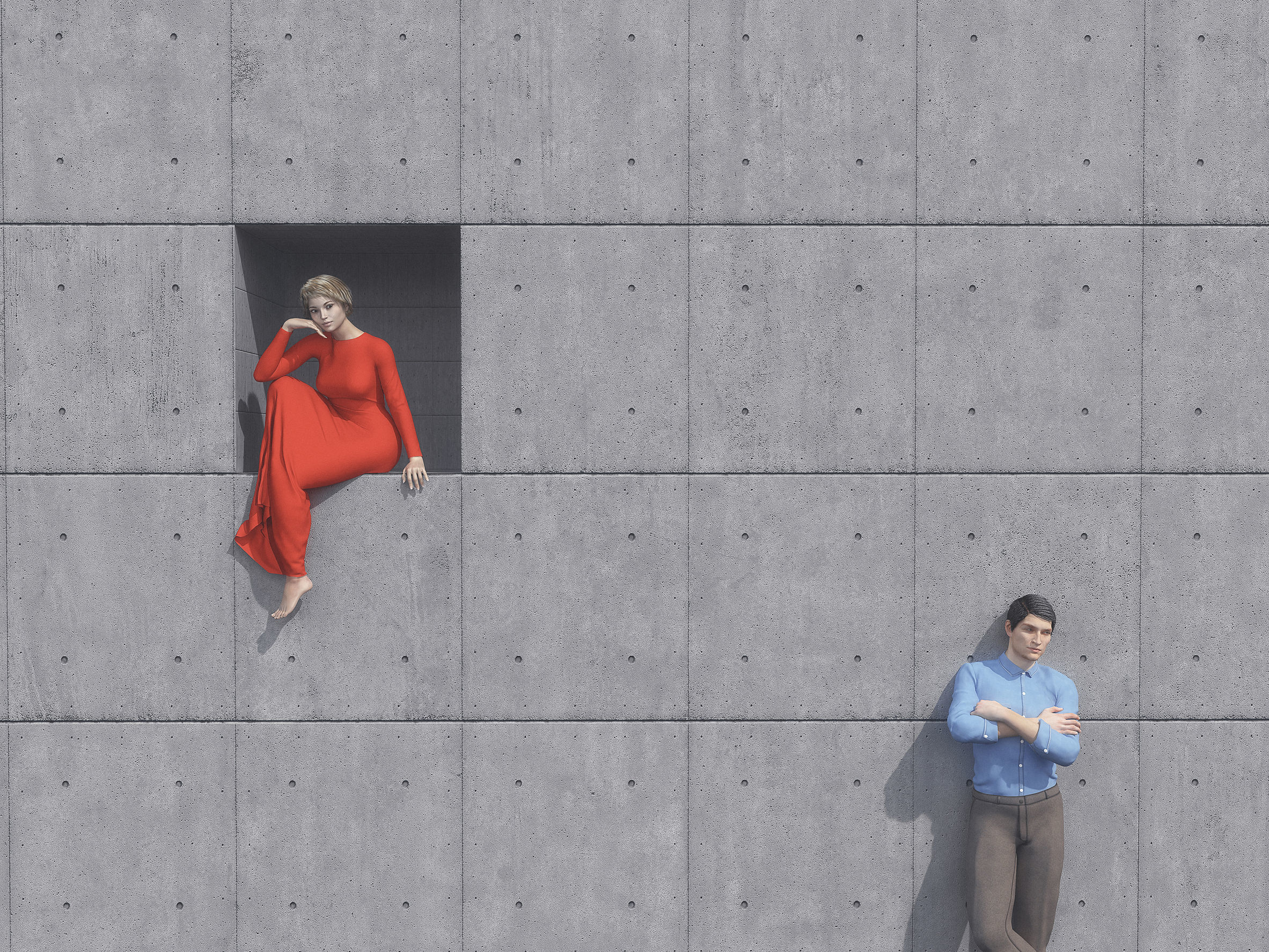 Is there hope for my marriage after separation?

Couples really want to know if there is such a thing as a “therapeutic separation,” or if there are “rules” of separation in marriage.  They ask me: “Is there any hope for my marriage after separation?”

The truth is the notion of “therapeutic separation” is profoundly risky.

When it comes to saving the marriages of separated couples, the window for reconciliation is highly time-sensitive.

The Ohio State research discovered that the average marital separation lasts about a year or so. When the researchers looked at couples who eventually reunited, they usually did so within the first two years.

After this critical two-year window, the likelihood that a couple will reconcile drastically plummets. We now know that once a couple has been separated for more than two years, divorce becomes increasingly more likely. Most of these divorces occur within the first three years of living apart.

A few couples have more complicated issues, often economic, and their living apart may persist for a decade or more. These couples may have chosen a lifestyle of permanent or semi-permanent separation with neither a move toward divorce or reconciliation.

The Calm Comfort of Living Apart

The most important thing to know about marital separation is that, except in cases of domestic violence, encouraging couples to live apart for therapeutic reasons is highly problematic.

As one of the intake coordinators at CTI, I am often asked if living apart is a good idea. I tell clients that the main issue with do-it-yourself separation is that couples begin to learn how to live alone.

While it may be true that nervous systems calm down, couples often decide to live apart with no real plan for confronting their issues.

A calmer nervous system can trick the mind into believing that separation equals happiness. Another issue is that the spouse becomes the designated “problem.” Separation rarely offers an opportunity to reflect on your personal contribution to the marital breakdown. And it makes reconciling after separation more difficult.

It’s become a cultural norm for couples to separate before a divorce. Some states even require couples to live apart before divorcing. Make no mistake…living apart is the superhighway to divorce. This is another example of how research contradicts “common-sense.”

Living apart feels good because things often do get calmer. Couples usually pay lip-service to the idea that their separation allows them to consider their options carefully. But few rarely do. Therein lies the problem.

The track record for couples living apart speaks for itself. There is only a two-year window to actively work with a good couples therapist to turn things around.

Despite the constant online hawking of home study courses, if you’re separated, you have a better chance at being your own dentist than being your own couples therapist.

Most marital separation is, unfortunately, chaotic and ad-hoc. The tendency is usually to get away from an unpleasant situation, not to roll up your sleeves to get in front of the growing problem with qualified scientific help.

Is There Hope For My Marriage After Separation? Think About Your Kids 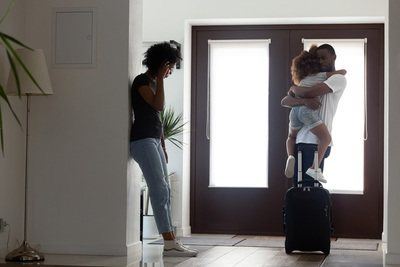 Separation is typically a severe stressor for children. Their anxiety spikes, and they may feel responsible. Older kids may create a life-long alliance with one parent against another.

Children of separated parents often act out in ways that they hope will lead their parents to reconcile.

If you feel that separation is on the table, discuss it with gravitas and care.

Let your children know that you are doing everything possible to keep their best interests in mind. And frankly, that means getting good science-based couples therapy ASAP and diligently working on your issues.

Consider the stress your marital issues are having on your children. Try to keep living apart as a last resort. But remember that the only thing worse than separation is fighting in front of your kids.

Is there Reconciliation After Separation? Only if it’s a Mindful Separation

Clinical research does not endorse living apart as a first-line couples therapy intervention. And this is where I differ from the aforementioned all-purpose therapists who often lead with separation as a therapeutic tool.

However, at CTI, we often work with couples who are already separated. The best way to render an existing separation therapeutic is with the careful input and guidance of a science-based couples therapist.

Therapy, while living apart, may involve individual therapy as well as couples therapy. Home study courses leave you both wallowing in the same thought patterns and behaviors that got you into this mess in the first place.

Yes, there is hope.

In mindful, therapeutically overseen separations, contact may be minimized. Each partner gets a sense of what living alone would entail. This helps them to reflect on the positive and negative aspects of their marriage, and then process those feelings in science-based couples therapy.

How to Rebuild Your Marriage after a Separation

Here are a few ideas on how to save a marriage after separation:

Show Your Partner a Different Side of Yourself 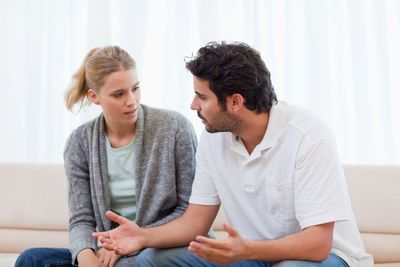 When a couple is living apart, there can be many negotiations around a wide range of issues. Issues of fidelity, privacy, child care, and dealing with friends and family are common concerns.

The best way to save a marriage after separation is to show your partner something different.

Surprise them in a good way. But don’t invite them to notice by calling attention to yourself and what you’re doing differently.

I like to remind separated couples of the critical two-year window, and invite them to consider using couples therapy to reflect on the positive aspects of their marriage.

A separation that is “therapeutic” may prevent divorce and help couples to create a more loving, vibrant, and resilient marriage. A qualified couples therapist can slow the process down and invite you both to carefully consider what is at stake.

Are You Separated…But Want To Try Again?

Start with an Assessment.