Some people struggle when asked to explain or share and their emotions. This personality trait is known as Alexithymia. People with Alexithymia can describe their physiological reactions to events (such as a rapid heartbeat or a queasy stomach), but they are unable to identify any specific emotions.

Whether they are happy, sad, or angry, their emotional world is almost impossible for them to put into words. Alexithymics are also unable to identify the source of their emotions or describe moment by moment shifts in their emotional states. It is no surprise that alexithymics struggle in their close relationships, and are uneasy in intimate conversation. 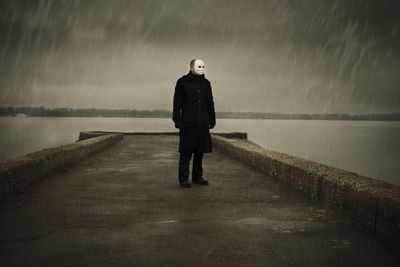 People with Alexithymia often tend to avoid intimate relationships and may be fairly described as intimacy avoidant.

However, just because they have difficulty identifying and processing emotions isn’t the same thing as saying that they don’t have them at all.

Alexithymics appear to be consummate stoics. They prefer to avoid emotional topics. Their conversational style tends to be objective and dispassionate.

But they still form “attachments,” possessing as all humans do, the fundamental need for community.

However, People with Alexithymia are stressed by their intimate bonds daily.

The Balance Sheet of Intimacy

They have a felt sense of just how much trouble marriage can be. Alexithymics perpetually weigh the costs and benefits of intimacy on a single inner balance sheet. They doubt that other people can meet their needs, and because of their emotional processing deficit, they also often fail to meet the needs of others.

Some alexithymics seem to quickly exit “intimate” relationships with little angst or fanfare. Couples therapy is often a last-shot effort, and true to their preference for the concrete, the alexithymic usually prefers a science-based couples therapy approach. 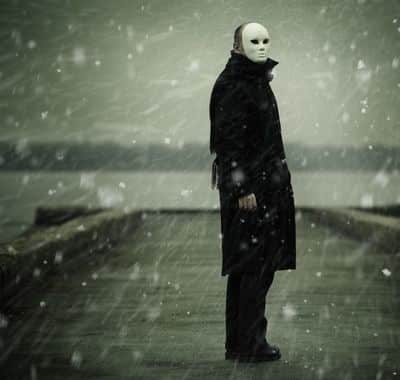 Alexithymia is a trait that is found in varying degrees across a panorama of psychiatric disorders.

A recent study of Vietnam veterans with PTSD revealed that over 40% were alexithymic. Other studies identified Alexithymia in 63% of anorexics, 56% of bulimics, and as many as 50% of those struggling with a major depressive disorder.

Alexithymia also impacts 34% of clients with a panic disorder, as many as half of all alcoholics and drug addicts, and almost 30% of people with social phobia. Alexithymia is also often found in clients with traumatic brain injury.

Alexithymia is quite often a significant indication of a neuro-atypical brain. One study found that over 80% of people who present as high functioning (Asperger’s) on the autism spectrum are to some degree alexithymic. This is such a high correlation that therapists often seek a differential diagnosis with Asperger’s first.

As if that weren’t bad enough, certain illnesses such as fibromyalgia, migraine headache, inflammatory bowel disease, high blood pressure, asthma, and severe allergies have been correlated with bouts of Alexithymia.

There is a great deal of discussion in couples therapy of the difference between treating state-dependent Alexithymia (such as illness) and the trait-based kind found in Asperger’s Syndrome, personality disorders, and Developmental Trauma.

What is the underlying cause of Alexithymia? It’s varied ad complex. From a Couples Therapy perspective, whenever we see Alexithymia, we also see problems with attachment. And what causes issues with attachment? Often it is Adverse Childhood Experiences and, you guessed it, our old friend Developmental Trauma.

Attachment styles are a window into the family of origin. The most common attachment style in which you will find in Alexithymia is Avoidant. And it is also possible in some cases that a personality disorder may be evident as well.

In other words, when I read in a Big Big Book a complaint about a partner’s emotional unavailability, I have several rocks that I need to turn over to learn precisely what flavor of Alexithymia I am dealing with. 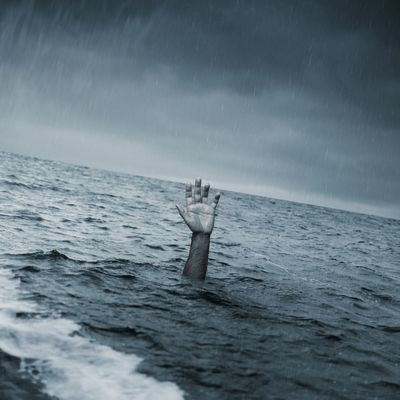 How does Developmental Trauma relate to Alexithymia? Psychotherapist Joyce McDougall reminds us that all infants are born alexithymic.

They are fundamentally unable to describe their emotional experiences. We know from attachment science that caregivers teach emotional expression by interaction with infants.

Failure to do so impairs a child’s emotional self-awareness, and their capacity to be intimate with their future partners.

As a result, they will fail to develop the capacity to detect, understand, or express emotion for themselves or reliably respond to others.

What do alexithymics do with their emotions if they can’t talk about them? They often engage in compulsive maladaptive behaviors such as substance abuse, sex addiction, or have food issues such as anorexia or binge eating. Alexithymics sometimes flood, and then rage (some therapists prefer to use the word tantrum in couples therapy).

This is because of the amygdala, a small walnut-sized organ deep in the brain which handles all the fight, flight, freeze responses.

Their impaired ability to emotionally regulate has health consequences, as well. The autonomic nervous system (ANS) and the neuroendocrine system can become stressed continuously, leading to chronic inflammation and illness.

This acting out is often a presenting problem in couples therapy. But it is usually a symptom, not a cause. As science-based couples therapists, we have to dig deeper.

When your life-partner has Alexithymia, you can experience profound loneliness. Empathy is the bedrock of a happy marriage. This lack of intimacy and understanding may lead to low marital satisfaction.

Researcher Maxine Aston has described a bookend disorder to Alexithymia, which is the consequence of living with an emotionally stunted partner. She coined a name for this affliction; Affective Deprivation Disorder (AfDD).

This designation is problematic if it is misunderstood to pathologize the partner with Aspergers. Maxine is a well-respected thought leader in the field, so that clearly is not her intention.

Their plight is further complicated by the fat that alexithymics who are high-functioning aspies can be inordinately blunt and ostensibly self-involved. They may look and sound narcissistic, and if you pursue a treatment plan on that assumption, clinical failure follows.

AANE (the Aspergers/Autism Network) offers an extensive program for couples therapists who work with couples where one or both are neurodivergent.

The notion of an “Affective Deprivation Disorder” perhaps was initially helpful in understanding the constellation of challenges confronting the neurotypical partner. But de-pathologizing the neurodivergent spouse is a fundamental value in working with these couples, and no doubt Maxine would concur.

Maxine Aston eventually broadened her population to include the spouses of those with other conditions such as eating disorders, PTSD, various personality disorders, and substance abuse. These afflictions often result in a similarly low level of emotional engagement.

From a couples therapy perspective, in many cases, Alexithymia is often described by the spouse as essentially… the presenting problem. Emotional distance is hard on the body as well as the soul of the spouse. It wears down the immune system, increasing vulnerability to a wide range of illnesses… from colds to cancer.

The Problem of Misdiagnosis 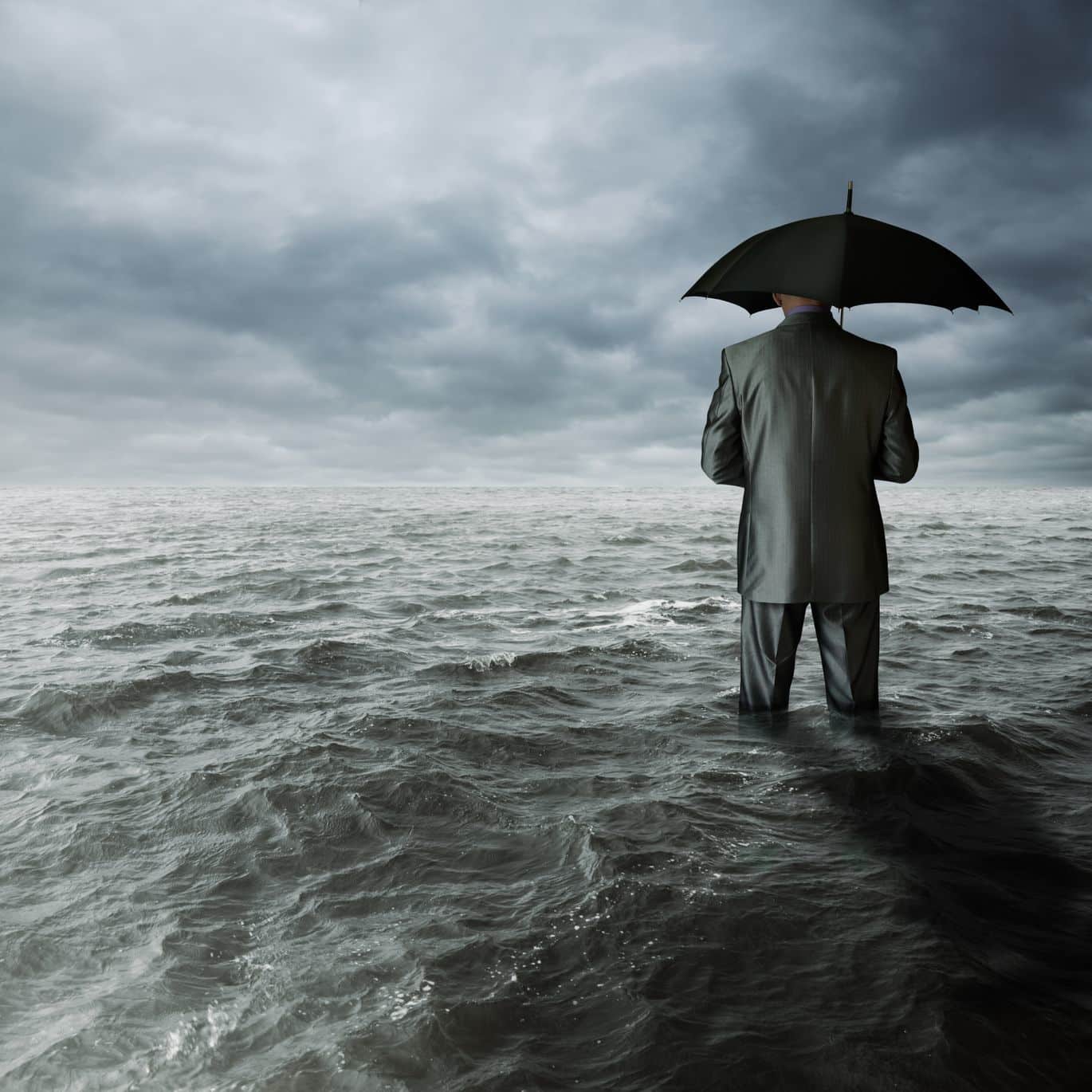 Emotional connection, intimacy, and a sense of belonging are essential aspects of being human. When people close to us fail to meet these needs, we may struggle to create a narrative to explain why.

It is not unusual for the alexithymic to be labeled as narcissistic or even anti-social. Sometimes even by well-intentioned “general-practitioner” therapists, who often resent them for being hard to work with. This is neither accurate nor productive.

However, it is true that the partner of the alexithymic suffers greatly as a consequence of the emotional poverty in their relationship. This suffering may be acute, and may eventually become somaticized as a physical illness.

Whether or not their grief rises to the level of a distinct psychological disorder is a moot point. As Freud once said, a cigar is sometimes just a cigar, and sorrow and loneliness do not always require a broader explanatory context.

To complicate matters even a bit further, EFT trainer George Faller has written extensively on what he describes as normative male Alexithymia. Most men are not only socialized to curb their emotional expression, they are also rewarded for it by being perceived as hyper-masculine.

Professions that confront danger on a daily basis (i.e. police, firefighters, soldiers, etc.) actually require a culture and discipline of normative male Alexithymia. Is there any wonder why over 40% of Vietnam Vets with PTSD are diagnosed with Alexithymia?

Emotionally focused couples therapy (EFT) tackles alexithymia head-on. It is important to validate the alexithymic, not pathologize them. They must feel safe when they come up short in describing their inner emotional world.

When the couples therapist helps them to identify a feeling, no matter how tentatively, EFT couples therapist recruit the partner’s capacity to appreciate, admire, and support the alexithymic’s struggle. This patient and loving encouragement is a lifeline out of their silence.

Relationships where one spouse struggles with Alexithymia can thrive when both partners strive as a united front to understand their differences and improve their communication.

These couples often begin this process in a weekend intensive. Alexithymics can develop an enhanced capacity for emotional expression and discover a way to be emotionally demonstrative that works for both partners.

Does Your Marriage Need to Recover From Alexithymia?