The Phubbing Meme and FOMO…How Tech is Displacing Mindfulness 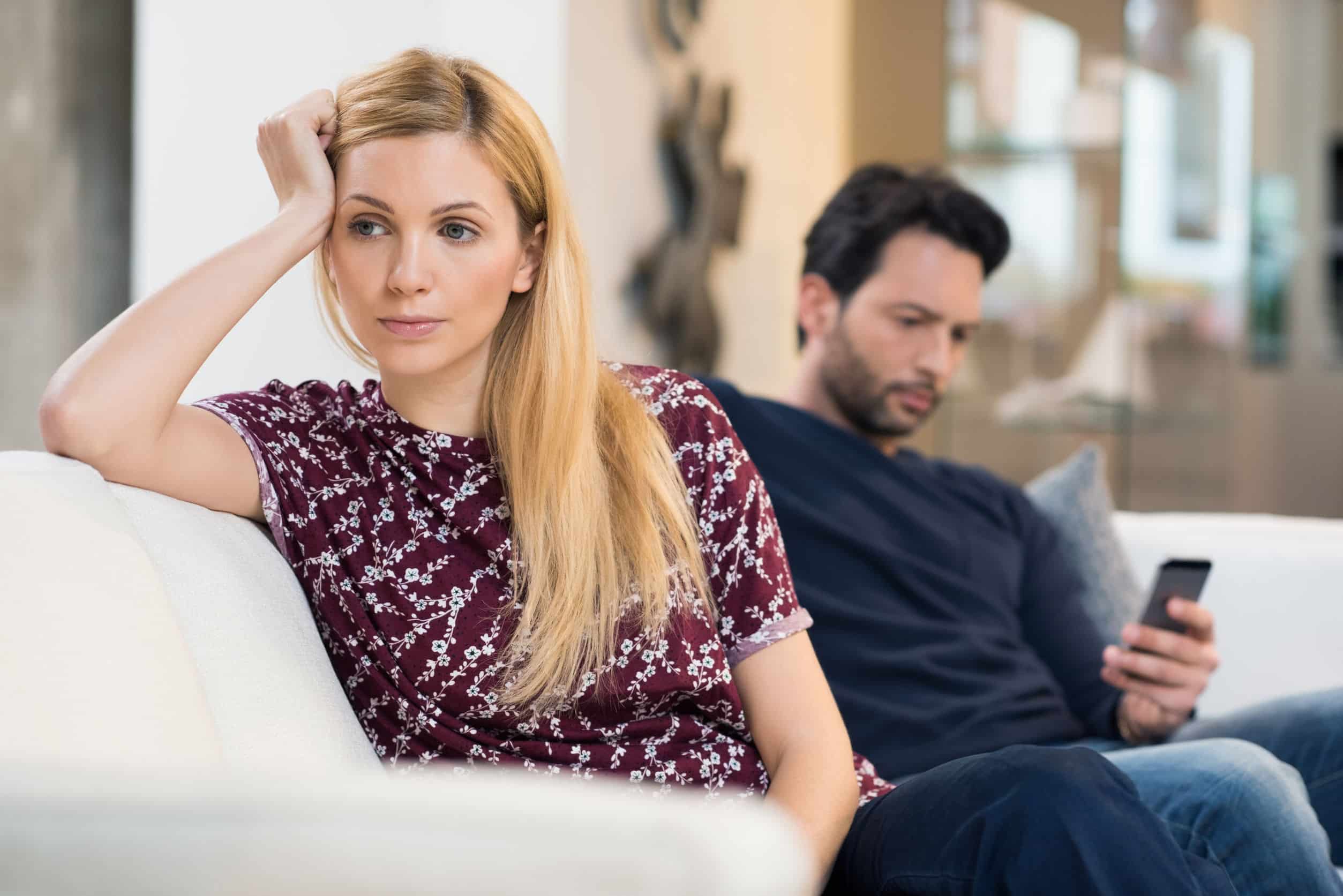 According to Wikipedia, a meme is an idea, behavior, or style that spreads from person to person within a culture—often with the aim of conveying a particular phenomenon, theme, or meaning represented by the meme.

Phubbing (it’s pronounced fubbing) is a relatively new word. It was created about 5 years ago to describe the habit of snubbing someone in favor of a Smartphone.

One of the first pieces of research on phubbing was a study conducted at Baylor University’s Hankamer School of Business, that was eventually published in the journal “Computers in Human Behavior.”

The study consisted of two separate surveys of more than 450 American adults.

Ben H. Williams Professor of Marketing, and Meredith David, Ph.D., assistant professor of marketing, were the authors of this study. What made this study interesting for science-based couples therapists is that the researchers were particularly focused on the impact phubbing had on intimate partners. This form of phubbing is called “P-phubbing” (it’s pronounced pee-fubbing).

Research Findings on the Phubbing Meme

This research tells us that Smartphones interfere with the connection between spouses and gradually erodes the quality of their daily interaction. P-phubbing is an emerging problem in marriages and committed relationships. Here’s what the Baylor University study found:

Overall, what’s most interesting about the Baylor study is that only 32% of respondents reported that they were “very satisfied” with their relationship.

It’s the experience of the phubbed partner that is front and center. Because the P-phubber is captivated by their phone screen. Consequently, this prevents them from emotionally engaging with their partner, eye to eye.

It’s no surprise that attachment styles play a role in perceived P-Phubbing. Attachment styles are the lens through which we interpret our partner’s behavior. Partners with Anxious Attachment reported being more sensitive to P-Phubbing than spouses those with Secure Attachment. In addition, the more a partner feels Phubbed the more depressed they feel.

The History of FOMO

A European study by the University of Granada (UGR) in Spain has identified specific personality traits that can increase or curb the degree of vulnerability to what these researchers call “nomophobia.”

Nomophobia is defined as the pervasive fear of being out of the range of mobile phone contact—a decidedly 21st-century anxiety. Americans have an acronym for nomophobia; FOMO, Fear Of Missing Out.

FOMO is the meaning behind the meme of phubbing.

The idea of FOMO comes from my hometown…Boston Massachusetts.

It was a Harvard MBA student, Patrick McGinnis, who is credited with creating the word FOMO when he first wrote about it in 2004 in The Harbus, the Harvard Business School’s student newspaper.

During his time at Harvard, McGinnis began to notice that his friends had a hard time committing to and reliably following through on their social plans.

It was just a few years after the attacks of 9/11, and, as McGinnis explained in a 2014 interview with Boston Magazine, fellow students at Harvard were increasingly aware of their own mortality and so felt the need to “live life to the fullest every second.”

What this translated into was Harvard students were trying to cram as many social activities as possible into one night, fearing that if they didn’t, they’d miss out on a better experience. McGinnis called this phenomenon fear of a better option (FOBO).

And, it was from this realization that the concept of FOMO was born.

Soon McGinnis realized that the cause of suffering wasn’t simply the notion that his friends might be settling for not-as-good a good time.

Instead, he realized that the real fear was missing out on an experience that they hadn’t even thought of or knew existed.

As the phenomenon of FOMO became more culturally pervasive, so too did the term. Several major dictionaries officially added the term in the 2010s. In 2011, FOMO was also a leading candidate for the American Dialect Society’s Word of the Year.

Francisca López Torrecillas is a professor in the Department of Personality at the University of Granada. He led a study designed to gain a deeper understanding of nomophobia—one of the daily addictions in the modern age—and investigate what personality traits contribute to a tendency to engage in chronic P-Phubbing behavior.

According to the Granada study, as many as 70% of Spaniards engage in some degree of P-phubbing. 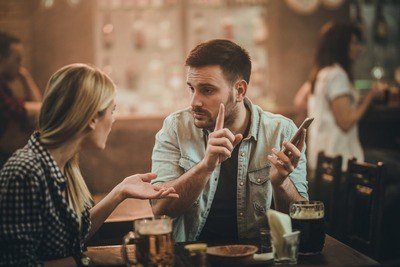 The Granada study also told us that excessive use of Smartphones can also cause sleep problems, muscular problems, depression, insomnia, and even retinal damage.

According to the Granada study, a spouse’s tendency to display nomophobia depends on their personality traits.

To explore the phubbing meme, López Torrecillas developed two questionnaires for this study.

The first one measured the activity level of nomophobia while the other sought to measure character traits.

The questionnaires were given to nearly 1,000 adults. The study found that there are certain personality traits that help prevent nomophobia.

According to this European study, if you’re the kind of partner who is “socially tolerant, empathetic, helpful, and compassionate,” you are far less likely to be a chronic P-phubber. However, if you’re impulsive, pleasure-seeking, self-involved (i.e. narcissistic) or are emotionally addicted to kudos and approval from others, you might have a real problem with FOMO (fear of missing out).

“Spiritual maturity, the desire to feel fulfilled, the ability to meditate, and non-materialistic thinking—all of which are linked to high levels of satisfaction with life—are shown by the study to exert a protective effect against nomophobia.” López Torrecillas. 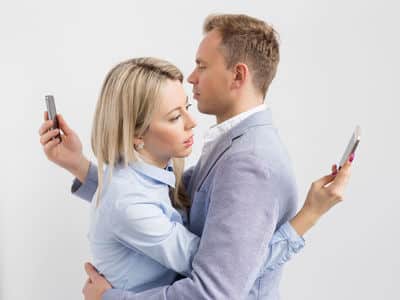 If your partner complains about your P-phubbing, collaborate with them to establish firm boundaries to manage your FOMO.

The antidote to impulsivity is planning ahead. Make a solemn pact with your partner about curbing your Smartphone use.

A British study conducted by psychologists at the University of Kent suggests that our dependence on technology is driving the tendency to phub and be phubbed.

Researchers Varoth Chotpitayasunondh and Karen Douglas from the Kent University’s School of Psychology identified a number of factors that were linked to smartphone addiction, and the attendant behavior, P-phubbing. These were:

poor impulse control.This cornerstone research was the first to consider both the causes and socially-deficits of P-phubbing.

“To let one’s mind go lax is, in effect, to lose it.”  Musonious Rufus

What the Phubbing Meme Doesn’t Want You to Know

Human attention takes energy. There is a cognitive load. It’s not an inexhaustible resource. When you subordinate your attention to your digital devices you are choosing pixels over the partner sitting next to you.

Depression and anxiety may haunt your relationship, particularly if your partner feels as if they are constantly competing for your attention. Be deliberate and on-purpose. Attend to your partner. Preserve and bestow your attention with care.

“If it is good to pay attention tomorrow…how much better is it to do so today?” Epictetus

Do You Need Coaching Because Your Relationship is All Phubbed Up?