Negative Sentiment Override: Why it all feels so Hopeless 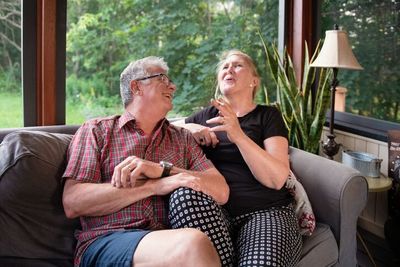 For many of my couples, there was once a time when it was peaceful and natural.

When doing the simplest things together brought joy or comfort.

Do you remember those times?

Your capacity to think back to them will help you combat feelings of despair and hopelessness in Couples Therapy.

Got my mojo workin’ and it just don’t work on you. Muddy Waters

Is Your Relationship “Hopeless?“

It really feels that way for most of my couples, and I can tell you why: It’s called “Negative Sentiment Override” (NSO). It’s when everything you say to your partner is met with a hostile or a sarcastic comment. Or stone-cold silence.

Couples in Negative Sentiment Override are wearing “dark gray glasses,” and interpret even the most complimentary statement as an intended insult. Or sarcasm.

We know a lot about this now in Couples Therapy.

John Gottman, the world-famous marriage researcher, says they’re “…imprisoned in a roach motel for lovers… they check in but they can’t check out...”

It isn’t hopeless for most couples. Even after you’ve separated there is still hope for many couples…but in that Negative Sentiment Override state, you can’t imagine anything can change.

In NSO, you are walking through molasses, and every step takes so much effort.

Why is it Called Negative Sentiment Override? 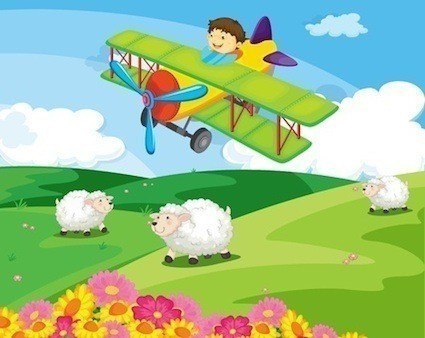 Did the pilot notice that the air was calm?  Did he enjoy that time it was calm or was he so focused on the previous turbulence that he ignored the smooth flying?

In many marriages, the angry, or hopeless feelings and experiences are the “turbulence.” The soft and tender feelings (the sheep in the picture) are the “calm.”

In some relationships, we focus only on the negative feelings, and even when the warm and fuzzy feelings or good times arise, we discount them.

In one study, they discounted, reframed, ignored or minimized the warm or positive interactions half the time, according to researchers, but accurately identified every single slight or bad feeling accurately. To quote a cliche, the “glass is half empty.”

Part of the challenge, as a couples therapy, in helping the couple get out of the mindset of Negative Sentiment Override is to persuade the couple that it’s even possible. For so many couples who have traveled far down the “Distance and Isolation Cascade,” they have a tough time seeing any redeeming qualities in their partner at all. However, they aren’t “blind.” They have no trouble naming their partner’s flaws, weaknesses, or negative habits.

Interestingly, when couples are first in love, the reverse is true:  They say “love is blind,” but actually love is more “apathetic” to our partner’s faults then blind to them.  Most newlyweds can accurately point out faults and flaws.  These just don’t bother them.

Let’s face it, none of us are perfect, and part of having a happy marriage is the capacity to “override” the negative, and focus on the positive.

“Hard” vs “Soft” Reasons for Divorce

Of course, some of these “negatives” are hard to overlook.  William Doherty calls them “hard” vs. “soft” reasons for marital dissolution.  Repeated violence between partners, or chronic infidelities, for example, are “hard” reasons.  A spouse that doesn’t clean up after themselves, or likes to lay around on a Saturday, instead of being active on the weekends might be considered a “soft” reason.

And chronic fighting is neither.  Fighting itself is no predictor of divorce, Gottman found.  It’s just whether the couple has learned to cap it and keep it from escalating.

One thing that couples do in couples therapy, is that they practice noticing the positive attempts their partner makes during treatment while calming themselves down and reassuring themselves when the “soft” negatives come up.  They create ways to tell themselves: “She might not keep her car’s oil changed, but she’s a very affectionate spouse.” or “He likes to lounge on Saturday, but he doesn’t mind if I go out…”

Now instead of those dark glasses, they see through rose-colored glasses.

How did that happen?

They are happier together now. Their lives, their way of relating to each other, is just easier. And they are relieved that their marriage now “works.”

I have learned that often when the couple has a terrible session when things seem at their worst, and I’m the only one holding out any hope that the marriage has promise, something shifts.  All of those tense dinners, spent just the two of them, trying to be happy, the kind words, the back rubs, the soft looks, now become almost automatic.  These behaviors or attitudes don’t take “work” anymore. They don’t need to make a conscious effort to “be nice” to each other.  They just are nice.

Only Two States in Marriage

And here’s a secret: There are only two states in marriage: You wear one of two glasses: Rose or Gray when it comes to your marriage.

It isn’t what I say, as a clinical psychologist. It is what over 42 years of research tell us.

The switch is just that dramatic. Like switching on a light in a darkened room. But because we’re often waiting for “the other shoe to fall,” it takes a while to realize that we can relax again..with each other. We’ve come home.

And the change isn’t external:

It isn’t that “she stops complaining” or “he picks up his socks.” It’s just that now, in PSO, we assume “good intentions.” She’s an “accepting woman who is annoyed by little things.” He’s a “great guy who is just messy.” It’s not a big deal anymore. No big whoop.

Research shows that couples have only two modes, and when it’s good, it can be very very good, and when it is bad, it is horrid!

Want to get Out of Negative Sentiment Override?