A Funny Story From Our Houston Couples Therapist, Marissa Mundey.

My husband and I just celebrated our 20th wedding anniversary.  There are so many things I could say about what has held us together, sustained us, kept us still interested in being married to each other, but I’m reminded of an incident that happened early in our marriage that was probably telling for how the next 20 years were going to unfold. 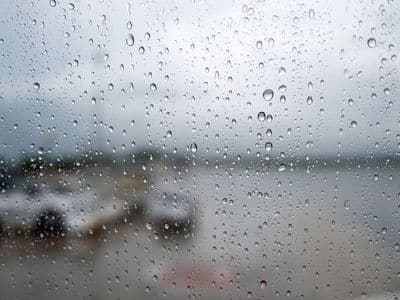 I was driving to work one morning in one of those unexpectedly heavy Houston thunderstorms. The rain was coming down so hard and so fast it didn’t have time to drain off.

A trip that normally should have taken 45 minutes had already taken 3 hours and I was only halfway to work. This was before everyone had a cellphone.

I looked for somewhere I might stop, make some phone calls and maybe have some coffee and (by that time) some lunch.

I finally inched forward to stop at a diner, and sat in my car a while, waiting for a little break in the rain so I could run in. From my vantage point, I could see the never-ending line of bumper to bumper traffic up and down the street.

As I was watching the traffic not move along, I noticed what seemed to be my new in-laws’ light blue truck stuck along with everyone else.

My new father-in-law kept the ancient truck as an extra vehicle to haul things and get through high-water situations just like this one. I couldn’t see too well through the rain, but I saw my father-in-law driving, and a shadowy figure darting around next to him in the cab of the truck.

I knew my new father-in-law to be a rather cautious, prudent fellow, so I remember thinking to myself, “what in the world is he doing out here in this storm with Mookie?” Mookie was his dog and loyal companion and my retired father-in-law often took Mookie along on errands and extra walks during the day.

I finally got into the diner. I waited my turn for the phone, called into work (no one answered), and then called my new husband, who had made it into his office with only a slight delay. I told him I’d seen his dad out in the truck with Mookie.

Later we both made it home, safe and dry. My husband said he’d had a chance to speak with his dad about my sighting of him earlier that day.

When questioned about being out in the morning rain with Mookie, his father had answered: “Son, that wasn’t Mookie – that was your mother.”

Apparently, in the terrible weather conditions, I had mistaken the “shadowy” figure darting around in the cab of the truck for Mookie when in reality it was my new mother-in-law on her way to a doctor’s appointment (!!!). 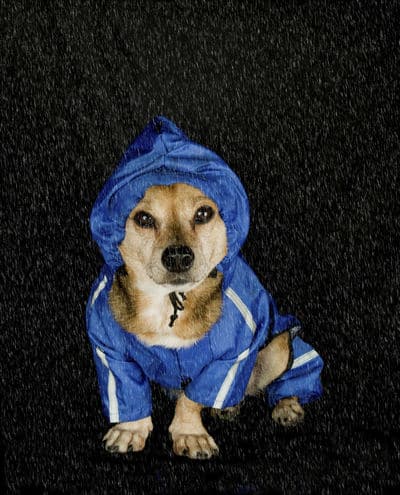 I was so mortified I almost couldn’t speak (highly unusual for me).

And then both of us burst out laughing.

We laughed so hard we couldn’t stop and when we finally did, and I found out there was no harm done with my new in-laws, I knew I had married the right man and into the right family.

This could have turned out a variety of ways, but we all chose to find the humor in the situation and have a good laugh.

For the most part, for the last 20 years, we have chosen to laugh instead of finding fault with each other and that makes our marriage a really happy place to be for both of us.

We work at maintaining a “Positive Sentiment Override” in our marriage, or what marriage researcher/expert John Gottman says happens when couples find that “positive thoughts about each other and their marriage are so pervasive that they tend to supersede their negative feelings.” (from The Seven Principles for Making Marriage Work, by John Gottman, PhD and Nan Silver).

Trust me – it’s WAY more fun this way. Thank you, my dear husband, for the laughter and silliness of the last 20 years – looking forward to more of the same in the next 20 and beyond!

About the Author Marisa Mundey

Marisa is a licensed Marriage and Family Therapist in Houston, Texas. She worked with all couple with particular emphasis on relationship issues impacted by depression and anxiety. She likes to laugh, find absurdities in life, and connect small things to bigger things.

Is There a Romeo and Juliet Effect in Couples Therapy?