The Healing Power of Holding Hands, Hugs and Kisses -

How Physical Affection Can Heal 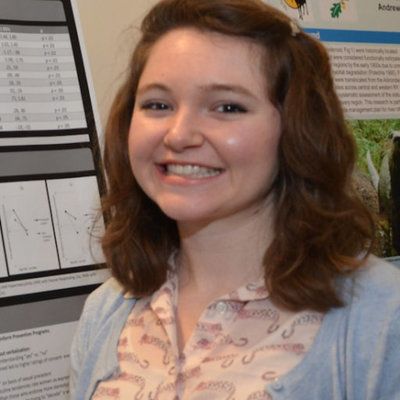 Can Hugs and Kisses and Holding Hands heal our nervous system? Doctoral student Samantha Wagner headed up a research team at Binghamton University in New York.

The research looked at the impact of holding hands, hugs, and kisses (described as non-sexual intimate touch).

Of particular interest to the researchers was the connection between attachment style, marital satisfaction, as well as the satisfaction of the touch experiences themselves.

How the Study Was Conducted

To determine the connection of attachment style, touch satisfaction, and marital satisfaction, researchers used a sample of 184 couples over the age of 18, consisting of husbands and wives. Unfortunately, same-sex couples were excluded.

The research was quite granular. It included hormonal sampling, as well as pregnant breastfeeding, and postmenopausal women. All 184 women were interviewed separately about the amount of physical affection they typically experienced in their relationships, as well as their overall relational satisfaction.

Researchers Had Expectations Based on Attachment Styles… 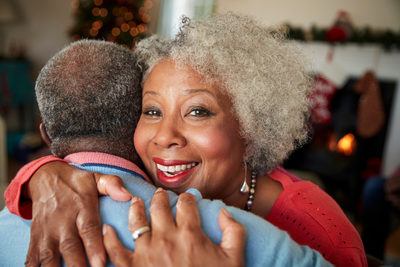 An Attachment style refers to how we understand loving and being love.

We develop our attachment style in childhood, but it’s not set in stone.

Attachment Styles may change over time and vary with a person’s relational experiences over time.

“It all depends on how open, close, and secure you feel with that person, which is impacted by many, many factors,” Wagner said.

Researchers expected to find that the research subjects with an Avoidant Attachment style would prefer less touch, and folks with Anxious Attachment would prefer more. What they found was more nuanced.

It’s another example of “the more…, the more…” but in a good way.

The more routine affection that a spouse experienced, the more they liked it. Even if they had an Avoidant Attachment style. 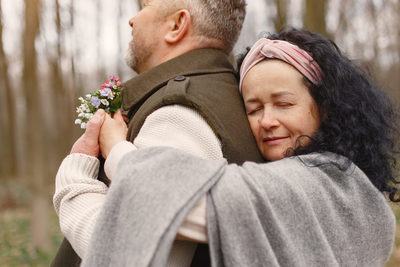 However, wives with Anxious Attachment still wanted and appreciated holding hands and receiving hugs and kisses.

Overall, men saw holding physical affection as a sign that all was well in the marriage. They saw holding hands and receiving hugs and kisses as confirming behaviors.

Women saw it differently. For women, the less physical affection they received, the less satisfied they were with the relationship.

Samantha commented on this distinction; “There’s something specific about touch satisfaction that interplays with relationship satisfaction but not dissatisfaction for wives.” These gender differences are an area for future research. 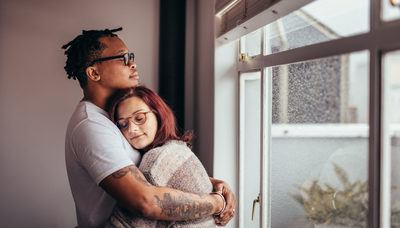 Physical affection is correlated with higher levels of relationship satisfaction, no matter what the attachment styles.

Being on the receiving end of your partner’s physically demonstrative behavior is healing, confirming, and satisfying.

When a partner reaches out to hold hands or bestows hugs and kisses, the intention to connect is readily apparent.

Overall, the study shows a connection between the frequency of bestowing hugs and kisses and holding hands with stable, satisfying marriages. Still, the researchers stopped short of saying the relationship was cause and effect.

Couples therapists should take note that this research suggests that holding hands while in a conflictual conversation helps to regulate the nervous system.

“Interestingly, there’s some evidence that holding your partner’s hand while you’re arguing de-escalates the argument and makes it more productive,” said Wagner. 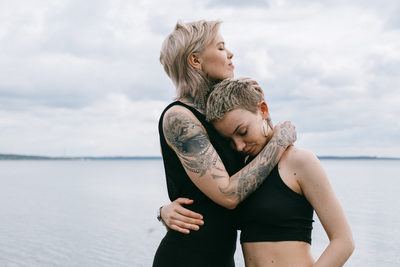 Wagner emphasized that the study focused only on healthy, consensual touch — not unwelcome touch.

Wagner warned that not everyone appreciates being touched. I credit Wagner with commenting on neurodiverse couples.

Touch can mean different things to different people, and in the wrong context can constitute abuse.

People with autism, for example, can find touch overwhelming.

“Feel free to give some extra snugs on the couch. There’s plenty of evidence that suggests touch as a way to decrease stress.”

Wagner reminds us that touch means different things to different people. There is an admitted neurotypical bias to this research.

This is not a one size fits all study.

A partner on the autism spectrum may be overwhelmed by tactile sensitivity, and someone with a history of trauma may also experience touch as averse. Another limitation was that same-sex couples were not included in the study. 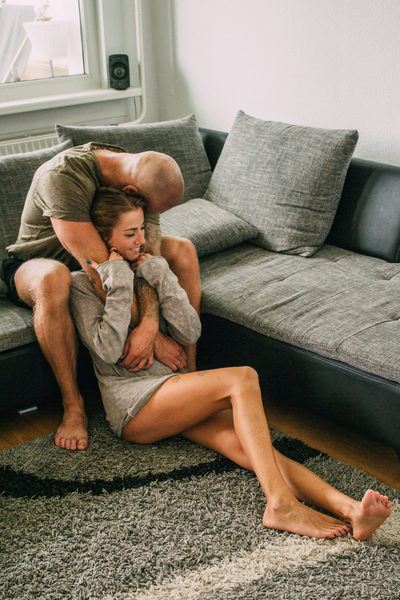 Wagner describes herself as a “hugger.” She has been fascinated with the impact that holding hands and receiving hugs and kisses has on intimate relationships across the lifespan.  She wants to understand why some people enjoy physical affection more than others.

Wagner emphasizes the stress-reducing power of affectionate touch. “Feel free to give some extra snugs on the couch. There’s plenty of evidence that suggests touch as a way to decrease stress,” she said.

Wagner is concerned that the coronavirus pandemic also may lead to touch deprivation, as social distancing continues to separate us from one another.

For example, we have a number of clients who are healthcare workers who are in self-quarantine, segregated from their own families when they return home, to keep the virus from spreading to those they hold dear.

“I think we should all hold the loved ones we can a little closer and be thoughtful of the struggles that others might be having because they can’t do just that…If anything is true for me, a hug has become even more precious than it was before.” Samantha Wagner. 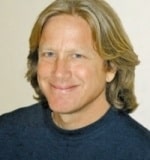 Dacher Keltner, a University of California, Berkeley sociologist who studies the impact of touch, also worries about the long-term implications of social distancing.

He says that the fabric of society is held together by even the smallest physical contact.

“Touch is as important a social condition as anything,” Keltner says. “It reduces stress, helping people to trust one another. It allows for cooperation. When you look at people in solitary confinement suffering from touch deprivation, you see that people lose a sense that someone’s got their back, that they’re part of a community, and connected to others.”

Previous research has shown that the experience of loneliness has a massive impact on health. Studies have shown extreme loneliness is correlated with increased inflammation and impaired immune system response.

“Under normal circumstances, when you feel lonely, you run the risk of a stressed, compromised health profile. Add to that the quarantine, and that really elevates the severity.” Dacher Keltner.

The paper, “Touch me just enough: The intersection of adult attachment, intimate touch, and marital satisfaction,” was recently published in the Journal of Social and Personal Relationships.

5 Little-Known Secrets for a Happier Relationship