The Marriage Place: Grandiosity in Marriage -

The Marriage Place: Grandiosity in Marriage

​There are few issues more ​unstabilizing to a marriage than one partner’s inability to feel the hurt and damage their behavior is doing to another spouse–or to care.

It’s called different names: selfishness, narcissism, self-centeredness, but in this post, I’m going to call it “grandiosity” (1).  I’m also going to talk about this trait in men, although it is by no means rare in wives.

Grandiosity is Garlic – It Offends YOU, not HIM 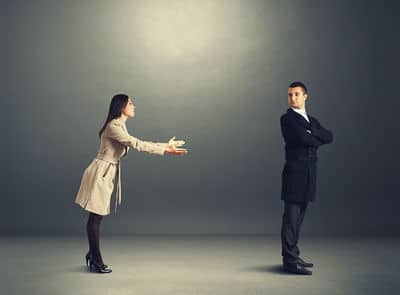 Grandiosity doesn’t hurt those who suffer from it. In fact, it feels like the natural order of things.

If you eat garlic, you offend those around you with your breath, but you’re feeling fine and dandy. You enjoyed the meal.

What could be wrong with that?

Those who are grandiose, offend without feeling distressed themselves.  This is an important and often overlooked point. They may have moments when they may question themselves, but these are often fleeting insights.

They don’t go to therapy because they need anything to change except one:  They need the therapist to get their wives off their backs. “Get her to stop bugging me/being so selfish/complaining/acting jealous/lazy etc.”

And if the therapist wants to empathize with the husband’s pain, they are barking up the wrong tree. The therapist is actually making the situation worse.

So the first point is that if your husband is grandiose, his only distress is YOU and your unwillingness to be happy for him.  To accept the rules he lays down about how to be in this marriage. To admire him. To appreciate his good qualities. Support his desires and support him.

You and Your Unhappiness is the Only Leverage.

No therapist in the world is going to change him unless you are unwilling to tolerate his behavior any longer. And if you have no leverage, nothing he wants, nothing will change.

Your overwhelming unhappiness isn’t enough. You have to be unwilling to live with the status quo. Otherwise, you have no power. You have no ability to change this man. If you’re willing to accept this unfair arrangement between you, it will go on and on and on forever.

BECAUSE HE HAS NO UPSET ABOUT THE ARRANGEMENT EXCEPT WHAT YOU CAUSE HIM.  HE’S EATEN GARLIC, AND YOU’RE OFFENDED BY HIS BREATH, NOT HIM.

If you enter couples therapy, appreciate the fact that if you’re not offended, and willing to do something about it, it will not change. 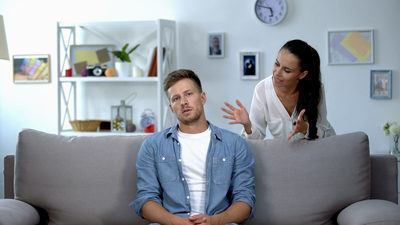 So many wives I see are actually outraged that they get blamed for complaining about the offending behavior.

Tables are turned, and instead of it being about what their husbands have done, the argument changes to what’s wrong with THEM for objecting.  “Your nose is too sensitive.”

He has bad breath and he thinks it’s a natural odor. You don’t want to kiss him, and he thinks you’re sexually uptight. Whatever he believes about his noxious behavior, he’s losing your respect, and maybe his marriage and family, and he’s got no clue.

Not only is he in no distress (except the distress you cause him by your unhappiness…), but he has distorted judgment. He’s going to deny, normalize, or minimize the impact that his destructive behavior is having on you.

He will deny that he even has the power to hurt you. “If you don’t like my drinking/drug use/unemployment/refusal to do childcare/sex with other women/rudeness then ignore it.  Stop beating me up!

Don’t focus on it.  Stop making such a big deal about it!  Lighten up! Let it go!  Accept it!  Can’t you see how unhappy you make me continuing to harp on it?  You are ruining a good thing we have…”

He will not admit that his behavior is harmful when he is disrespecting you or your wishes.  He has a blunted sensitivity to your feelings and the way he’s impacting you.

He’s “blindly insensitive” to the way he’s misusing the good faith you are putting in him.

You see it.  If you bring him into couples therapy, the therapist will see it. But he not only can’t see the power he has to hurt you, but he resents you for pointing it out to him.

Feeling compassionately toward you feels somehow “wrong” to him if it interferes with his own desires.  It feels “selfish” of you to expect him to think about you or the impact his behavior is having on you. He resents the intrusion into his ability to live the happy life he chooses to live. 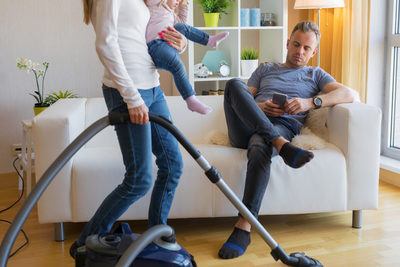 So it is important to understand that “insight” into his behavior is going to be something hard-won, and not something he’ll thank you or the therapist for.

This work will create internal turmoil.  An intrapsychic upset stomach.

I’ve seen wives respond with concern at his distress, but it’s a mistake to try to take away his efforts to grow himself up interpersonally.

In fact, if you want to be “empathetic at his struggles to feel your pain,” he’s all for it.

He will encourage you to see things through his eyes.  Next, with all that great sympathy you have, he’ll ask you to give up on your demands.  Back off, and let him be.

And he will “slide” as much as you allow, because, he’s not in distress  EXCEPT FOR THE DISTRESS YOU CAUSE HIM.

The Problem with Grandiosity​

But little or no distress is not the same as his having no problems. Whether he feels them or not, he does. He has serious problems.  He’s acting in an obnoxious way.  What he’s doing is toxic and poisonous to your relationship. He’s acting abusively to you, and not owning up. In fact, he’s acting like you’re the one who’s in the wrong.

The reason that he’s clueless is that someone modeled that behavior for him.  Or someone told him that was okay for him to act that way.  Other people’s rules don’t apply to him.  Consideration is for other people or for suckers. Followers. Sheep.

He was inducted into the Grandiose Hall of Fame. He’s unique, and you were too when you saw things his way.  But now you aren’t.

Obviously, you aren’t because you expect him to humble himself and cater to you and your desires.  If you were that special, you’d see how exceptional he is, and how he shouldn’t have to adapt to you.  You should be adapting to him, instead.  Like you used to, when “we were happy together.” 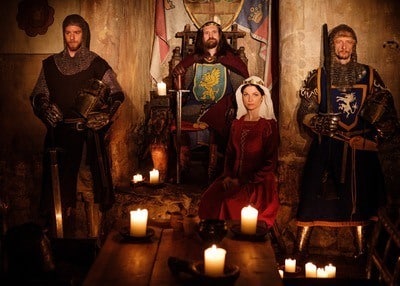 Deep down, someone who is grandiose recognizes that something is wrong.  They just have no motivation to change.

Many men come to me, only after their wives have told them in a matter-of-fact way that they are seeking a divorce. The men are flabbergasted.

They will tell their wives that they had “no idea” they were so unhappy.

Things looked like they were going well because their wives had stopped complaining.  In fact, it was withdrawal, not contentment.

It is my belief that good couples therapy can be an essential help to couples like this. If the wife truly is unwilling to put up with grandiosity and has the courage to speak the truth to him, she can change things around with a therapist who understands the nature of the problem.

It is not “short-term” therapy, however.  It is a minute-by-minute effort on the husband’s part, to expand his world view to include his loved ones, and their thoughts, feelings, and desires.

With genuine love and dedication to the process, husbands, who are often basically good and decent men, can own up to their indecent and self-focused behavior and to the damage they have done to those they love so dearly.

But their wives need to be the catalyst.  Their wives need to make it a personal priority to insist that they are treated equitably.  Otherwise, if they expect the therapist to do it, the treatment will fail. Learn more about how selfishness can be destabilizing to a marriage.

Get Coaching on How to Engage with Him