Spouses engage in Internet Infidelity for the same reasons as real-life infidelity.

It distracts from life-transitions, soothes feelings of stress and loneliness, and provides an on-demand antidote to the relational resentments with real-life partners (Brown, 2001).

Before the internet, Bowen (1978) said that the wellspring of infidelity was the need to manage anxiety and cope with poor self-esteem.

However, Unlike real-world affair partners, Internet Affair partners can offer a felt sense of emotional support, excitement, and validation on-demand… while demanding precious little in return.

The internet is also a perfect playground in which to act out narcissistic fantasies of a “perfect ideal self.”

One thing that online infidelity does superbly is that it allows for each participant to project their ideal, perfect love fantasies onto a willing and available “other” (Cooper, Scherer, et al.,1999).

Lacking either the motivation or the willingness to work on their marriage, cyber-sex, and cyber-relationships can quickly fill in the cracks between a distant and cold couple. Cyber-affairs and cyber-sex excite and stimulate. They offer a sense of being more fully vibrant and alive. They provide a sense of intimate connection at the click of a button. 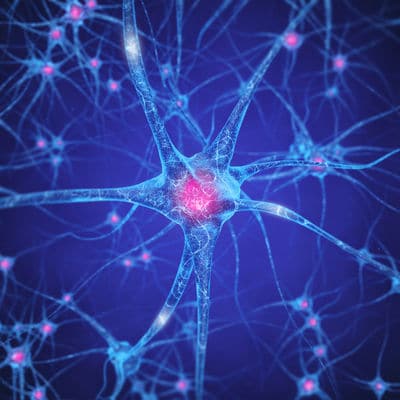 Online Infidelity and the Velocity of Desire

Another way online infidelity is profoundly different is how it distorts time.

The immediacy of chatting and messaging has an accelerating effect on the brain. While dates in the real world are constrained by time and space, Internet Infidelity speeds up this felt sense of intimacy.

Many cases of online infidelity begin innocently enough, perhaps around a common interest, maybe even a shared difficulty. There are online support groups and Facebook forums for every conceivable human condition or tragedy.

But flirtation and compliments often accelerate into “trying on” new personas that become increasingly addictive. This reinforcement is constrained only by how willing the participants are to remain engaged with one another (Lieblum & Dooring, 2002).

Online infidelity plays out in similar ways to real-world cheating.

Secrecy, deception, and minimizing behaviors tend to be quite similar (Maheu & Sabotnik, 2001). The allure of the internet infidelity is unencumbered by the demands that populate the real world.

There is no child to take to the doctor. No trash to take out. Nobody snores, burps, or smells on the internet. Cyber-sex is always perfect.

At Couples Therapy Inc., we often speak with spouses who are tormented and baffled by their partner’s laser-like focus on their internet affair partner.

Hurt Partners want to know why.

One of the reasons is that online infidelity intimacy demands are incredibly low, but the feeling of being seen and known can be profoundly high.

Virtual romance distorts the mind into feeling a sense of intimacy that is incredibly powerful, even though the internet couple has never met in person, or, as in the case of Facebook Affairs, perhaps once dated 20 or 30 years ago.

“Real intimacy requires the capacity to stay emotionally connected to intimate partners during anxious times while taking a position for self, based on one’s belief’s values, and principles.” David Schnarch.

Intimacy is hard work. In the real world, you only get to work hard to be your best self. Not merely display your idealized self.

And you have to work at it. Who has time for that? 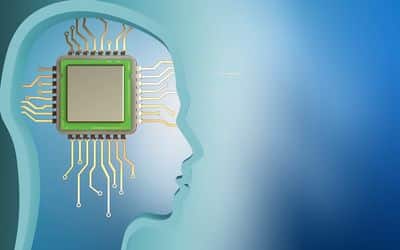 The following 11 signs of Internet Infidelity are courtesy of researchers Maheu& Subtnik (2001).

Empirical research on internet infidelity is relatively new but ongoing.  A decade ago, Hertlein and Webster (2008) reviewed all of the studies on how technology toxifies intimate relationships. They discovered a gender difference in Internet Infidelity.

Men were far more likely than women to act on these relationships in the real world, and there was a surprisingly high level of emotional involvement. One of the questions that came up was whether or not couples therapists need particular new expertise with technology-driven online infidelity.

We now know that healing from internet infidelity is more similar than different from real-world affair recovery.

Getting Over Internet Infidelity

Maheu and Subotnik (2001) proposed that recovery from Internet Infidelity was a 4-step process.

The Problem of Technology and Triggers

There is a unique feature of online infidelity that requires specific mention. Unlike real-world affairs, Internet infidelity is often documented in transcripts. This remains a controversial area for couples therapists.

Some therapists see full disclosure as the Holy Grail of any sort of affair recovery. But because of the sheer volume of information, other researchers (Brown, 2001; Maheu& Subotnik, 2001) are concerned that the triggering impact on the Hurt Partner is often too substantial a burden.

I fall back on what one of my heroes, Michelle Weiner-Davis, taught me last summer about affair recovery. No two Hurt Partners are precisely alike. Information that might be triggering to one might calm another Hurt Partner down.

The best stance is for the partner who was engaged with Internet Infidelity to assume a posture of openness and transparency.

The couples therapist is in the best position (because of careful assessment) to help the Hurt partner find the center of gravity between transparency and the tipping point of “knowing enough.”

This requires a stellar therapeutic bond with the couple, as any wavering inconsistency from the involved Partner will toxically feed the inconsolability of the Hurt Partner.

It’s also important to mention that there is an essential behavioral component to Internet Infidelity repair work with couples. But the therapist cannot be too directive on this. The couple should be encouraged to craft their own behavioral agreement.

Monitoring or blocking software is often a tool used in these agreements (Reid & Gray, 2006).  But it can be problematic if the therapist brings this up too soon in the couples therapy process.

Why? Because the Involved Partner’s shame might interfere with the effort to establish a sound therapeutic bond. Solutions should not be given… they should be arrived at in the context of a total relational overhaul. Labeling the Involved Partner as the “designated patient” addicted to online infidelity is a losing strategy.

Affair recovery is often a leap of faith. And at first, perhaps the only faith in the room may be between the individual partners themselves and their couples therapist.

Are You Ready to Heal from Internet Infidelity?

Online infidelity is a serious problem that researchers keenly focused on:

4. Schneider J. The new Elephant in the living room: Effects of compulsive cybersex behaviors on the spouse. In: Cooper A, editor. Sex and the Internet: A guidebook for clinicians. New York: Brunner-Routledge; 2002. pp. 169–86. [Google Scholar]