Have you made plans to leave, consulted an attorney, or even filed for divorce, but hope “one last shot” of couples therapy might stop divorce? 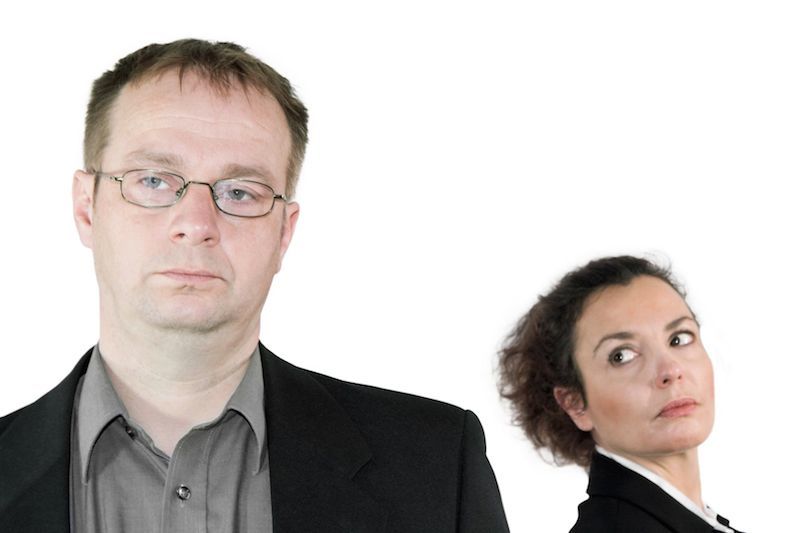 "Could we work again, with the right therapist?”

Every day at Couples Therapy Inc. we help couples who have almost given up on their marriages. Some call it emergency marriage counseling. Whether or not you've spent money on attorneys, you maybe be asking yourself:

"Could it … Could we work again, with the right therapist?”

The answer is a resounding yes.

Before we talk about how to save a marriage on the brink of divorce, let's talk about why to stop divorce.

​Because there is a lot riding on your marital happiness.

And there's a lot of misinformation about the benefits and drawbacks of divorce.

Spend a weekend in a Couples Retreat.  Just the two of you and one highly skilled therapist.

You may have tried weekly 45-50 minute couples therapy, like so many of our clients have. You’ve suffered for an average of six long years (1) with serious problems.

Fights about N﻿othing have made doing the simplest things together impossible.

Learn to get along and resolve your differences & resentments.  We can help.

There is no scientific evidence that divorce will make you happier.

Which Describes Your Situation?

"We are willing to try, but it's going to
take a miracle..."

Among those who rated their marriages as "very unhappy," almost 8 out of 10 who didn't divorce were happily married five years later.

Can we help you stop divorce?

There is a very good chance that we ​​​​can, yes.  We do "miracles" like that every day.

We hold ﻿﻿private intensive co﻿﻿﻿﻿﻿uples therapy retreats﻿﻿ all across the USA and in Ireland, South Africa, and in New South Wales in Australia.

How to save a marriage on the brink of divorce.

We call it "Last Shot Couples Therapy" when couples have started to given up hope...but are still hanging on.

These are offered by highly skilled specialists at helping couples.

And here's another surprise:

No matter how bad it is, you can find marital happiness again.Isn't that a shocking fact?Research reveals that the severity of your marital troubles has very little to do with how likely you are, in the end, to be happily married. Even marriages with serious problems survive and eventually prosper.

Relationships where there is ongoing physical violence are exceptions. But even in these extreme cases, 8% of violent couples radically changed the way they relate to one another, and ended up happily married 5 years later.

There is no evidence that divorce make you happier.

Severe Problems Don't Predict Divorce with couples on the brink.

While there is a general cultural bias that now favors divorce when an individual is in an unhappy marriage…in a careful analysis of nationally representative data with extensive measures of psychological well-being, researchers could find no evidence that divorce or separation typically made adults happier than staying in an unhappy marriage.”

As the researchers wrote:

Many currently happily married spouses have had extended periods of marital unhappiness, often for quite serious reasons, including alcoholism, infidelity, verbal abuse, emotional neglect, depression, illness, and work reversals. Why did these marriages survive where other marriages did not? The marital endurance ethic appears to play a prominent role. Many spouses said that their marriages got happier, not because they and their partner resolved problems but because they stubbornly outlasted them.With time, they told us, many sources of conflict and distress eased. Spouses in this group also generally had a low opinion of the benefits of divorce, as well as friends and family members who supported the importance of staying married."

We can help you learn how to get the needed support from friends and family to stay together, and work out your problems. We'll teach you how to draw on your friends and relatives for marital support, and not take sides.

And don't stop divorce, only "for the sake of the kids" (which most of us disagree with).
Stay for your ultimate happiness, as well. But don't assume that divorce will bring you that happiness.

...researchers could find no evidence that divorce or separation typically made adults happier than staying in an unhappy marriage...

According to marital researcher John Gottman, only 10% of divorcing couples had sought out professional help of any kind. They never asked how to save their marriage when it was on the brink of divorce.

The 10% who did saw a therapist an average of 4 sessions.

This is not giving the marriage a "fair shot," for couples about to divorce. What's worse, like me, many found "All Purpose Therapists" who saw them for 50 minutes... just enough time to get them fighting, but not enough time to help them move through it. That's not evidence-based treatment.

While there is a general cultural bias that now favors divorce when an individual is in an unhappy marriage, researchers couldn't find the evidence. What a real shame considering the damaging impact divorce has on families. More...

However, it does tell another sad story:

That means 90% never gave their marriage a chance (3)

And even those who did, seldom go to a skilled couples therapist who uses evidence-based treatment methods.

"Evidence-based" means it works. Methods that have been Proven Effective.

Sadly, research also confirms (2) that 25%-30% of divorcing individuals who finished court-required classes, answered "Maybe" or "Yes" to the question:

"Looking back, do you wish you and your ex-spouse h​ad tried harder to work through your differences?"

"Yes, I do," was the overwhelming response.

Our couples therapy work is scientifically-based. It involve​s an extensive assessment before treatment even begins.

You'll know what's wrong and how to fix it.

"What about my affair partner?  They make me happy..."

That means you should be fast-tracking it to get help. Don't put it off. Moving costs can be paid again. Real marital happiness is priceless. Take a weekend, and get the guidance you need to know how to proceed.

"Moving out" doesn't mean it's over, unless that's what you want it to mean.

Mustering the courage to ask your spouse to try... again.

You can stop your divorce.

One partner, often the wife, is usually more hesitant to enter couples therapy, when it is: "Last Shot Couples Therapy."

These reluctant wives say: "I asked him to get help and he refused!"

Then she stopped trying, got her own life in order, and now threatens or initiates divorce. Michelle Weiner Davis calls it the "Walkaway Wife Syndrome." Watch her video below, or watch more on my Knowledge Base Page. They believe, deep down, that if anyone is going to stop divorce in their marriage, it will now be their husband's turn. It takes courage and goodwill to try again.

Here what one expert had to say about wives who "walk away" after years of struggle and loneliness:

Many wives tell us they feel too scared, too vulnerable to try again and risk another rejection. A wife will sometimes tell her husband: "You have the problem. You go get help!" But the truth is, it takes two to kill a relationship and it takes two to heal one.

If your spouse has refused your invitations for couples therapy, we offer an upcoming course on how to try again to talk to them about it.  Or "Hopeful Spouse" therapy for you alone, to learn how you can improve things on your own...research based.

Schedule a consultation with our Intake Coordinator to learn more.  Contact us.  We can answer all of your questions about the process.

Couples on the brink of divorce are facing the end of a relationship that was uniquely special to them.

They once meant everything to each other.

They know a lot is riding on their capacity to work it out. If they have already separated, they now realize that this doesn't suddenly fix everything. Living apart presents its own unique challenges.

It is so painful to be in a relationship that is cold and distant. Or one that is filled with anger and animosity. It feels hopeless and futile to expect things to change.

And science tells us why:

It's called "Negative Sentiment Override."  Learn more about why it feels so hopeless. More...

...here couples learn they can heal a relationships damaged by infidelity.

But you also know that if you don't give it an honest try, you will no longer remain married.  It's as simple as that.

25%-30% of divorcing individuals in a court-required classes, answered “Maybe” or “Yes” to the question:

“Could your marriage be saved?”

Don't second-guess yourself only after it is already too late. Be confident in your decision-making. before you finalize your divorce.

These are serious decisions, despite the media hype singing:  "I've gotta be me, without you..." 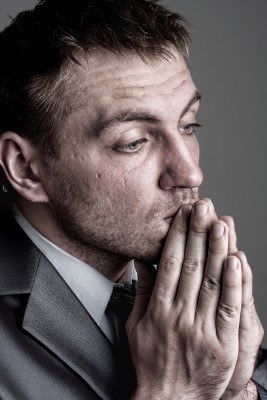 A dying marriage is like a person close to death. There is a lot of soul-searching.

Unfortunately your health insurance won't pay for the intensive work needed to help your troubled marriage.  Learn why. 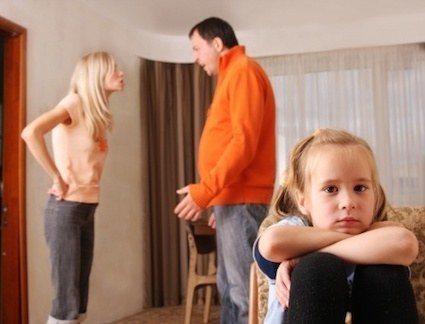 Research suggests girls are particularly impacted by divorce as they become adults and marry.

And we won't waste your time.

It all starts with an assessment, a: "State of the Union" assessment so you can save the "face-to-face" time for serious issues, instead of routing questions.

After a careful review, you will be provided with clear feedback about whether you can stop divorce, and exactly how.

We'll give you a treatment plan to consider.

Then you decide whether to move forward.

We have 10 Gottman Certified Therapists in all. That's remarkable, given how few there actually are in the world."

Few therapist choose to work with severely troubled couples. You might ask, why do we specialize in couples on the brink of divorce?

Because I saw a need no one was filling. Most therapists didn't believe couples would pay for evidence-based treatment, so they settled for doing ineffective 45-minute insurance-based work.

I'd say: "But 50-minute sessions do more damage than good."

One therapist stunned me by saying: Dr. K is President and CEO of Couples Therapy Inc. is among a few hundred Gottman Certified Therapist worldwide.

I believe in the Hippocratic Oath to "First Do No Harm," and 45 -minute sessions were hurting marriages according to research findings.

So I decided to do things differently.  I searched (and continue to look) worldwide to find the most talented couples therapists on the planet.

These are clinicians who believed that doing good work matters and should be rewarded. They are paid well for their services as they set their own fees.

Couples Therapy Inc. competes with divorce attorneys. We aim to preserve your family, while they aim to divide you both, one against the other.

I go through hundreds of resumes and thousands of websites owned by psychotherapists claiming that they can do couples therapy. But few have credentials to prove it. It's a specialized skill, and I look for someone with a passion to do this tough job, and credentialing that tells me they've put time, effort, and their own financial resources toward becoming the best at helping couples.

Every day our skilled clinicians see real progress. Couples who were about to divorce starting to work together. They identify highly problematic patterns in the way they were relating, and do things differently. And science tells us how big a difference that can make. 70-90% effective.

Can we help you, too?
All of our clinicians can help.

Or Give us a call. Hit the blue button on the lower right side of your phone now.

We respond to all inquiries within 24 hours.