An Asperger Marriage: Moving Beyond Despair

In our intensive couples therapy intake process, we sometimes hear about long-term relationships with a partner who was never diagnosed with Aspergers. These spouses call us because they have noticed that their partner has meltdowns, difficulty with social communication, or problematic social skills. They often ask “am I in an Aspergers marriage?”

They sometimes also ask if Asperger Syndrome is an appropriate diagnosis, and if so, whether they should join a support group, enter marriage counseling, or even start the divorce process.

Some have suspected that they are living in an Asperger Marriage after reading books by Tony Attwood or Stephen Shore. And they have read heartbreaking stories, particularly written by women, who have accepted their husband’s controlling nature around money, travel, or how to keep the home.

Clinically, these marriages suffer from many of the issues found in neuro-typical marriage only more so. And while it’s important to highlight the challenges in these marriages. I’ve written about the topic in a previous post, and I’ve found so many vitriolic rants of hatred or hopelessness in the comments (149 in all…), that I wanted to discuss it further.

Communication Issues in An Asperger Marriage 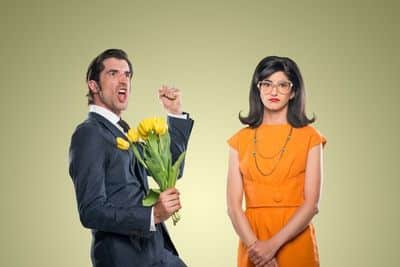 Communication problems are often present, with sometimes an absent of tonal variation, an over-expression of inappropriate emotion, or trouble with describing or reflecting emotions (called “alexithymia”).

Therefore spouses who are neurodiverse can come off as very pedantic, disinterested in emotional nuance, or absorbed by their own interests.

It can make these men and women very boring conversationalists. They can also become immediately defensive at perceived criticism and can be rigid in their perspective.

It has been my clinical experience, however, that these issues need to be both identified and worked with head-on.

Instead of being seen as “impossible challenges,” they are clear social skills that John Gottman, Ph.D. has spent a lifetime perfecting in remarkably detailed and practical ways.

Communication can be improved by having daily conversations (called “Stress-Reducing Conversations”) by researcher John Gottman, Ph.D.). Most of the men I’ve worked with having neuro-atypical features are fascinated by Dr. Gottman’s research on The Four Horsemen. These include “Defensiveness”, or the reactive, whiny, response to spousal complaints. Once these men understand the pragmatics behind the approach, they often become advocates for this work and apply the principles diligently. in their married life. 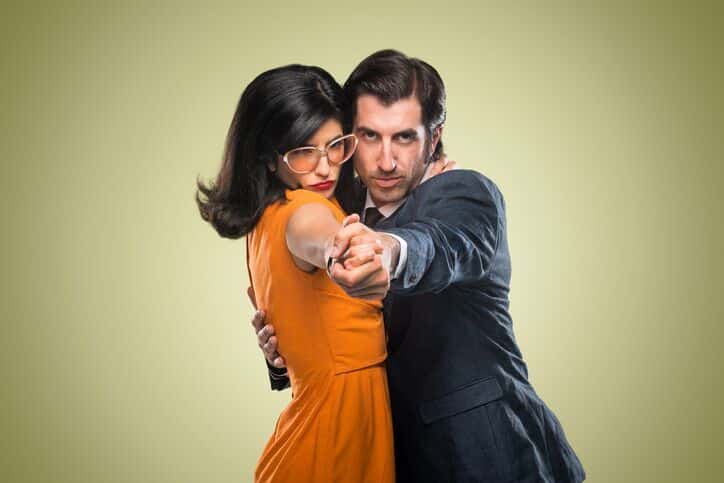 Dancing is a great place to start not as an endpoint, but as an avenue to help those with bodily issues connect their body in space with their capacity to move it more easily.

But the neuro-atypical’s history of being humiliated by their awkwardness is important to explore. Dancing in the living room, individually, or simply swaying to the music is a better step than coordinated movements.

Sex has to also be re-contextualized, and the unspoken must become spoken. One of the reasons why I find working with those in an Asperger Marriage rewarding is that so much of the intense hurt and resentment on the part of the neurotypical fades when they recognize that they need to be specific and directive, and not take “no” for an answer.

They come to learn that knee-jerk “no’s” from their neuro-atypical spouse are often defensiveness at being told they are “wrong.”One neuro-atypical man refused to kiss his wife. Kissing was her avenue to arousal, so the sex had stopped.

He refused to kiss her because he hated her bad breathe and the moisture of her mouth. It was important for both of them to realize that yogurt with fresh lemon could help the first problem, and a glass of red wine would assist with the second, as it dries up mucous membranes. But what becomes dry in one place is a problem for another! Lubricants would also be needed.

And he would have to work at overcoming his mouth aversion that had built up over many years.

Instead of being offended, many pragmatic solutions are available to the couple that is willing to discard the nightmare rhetoric of hopelessness and misery that is rampant on the internet. 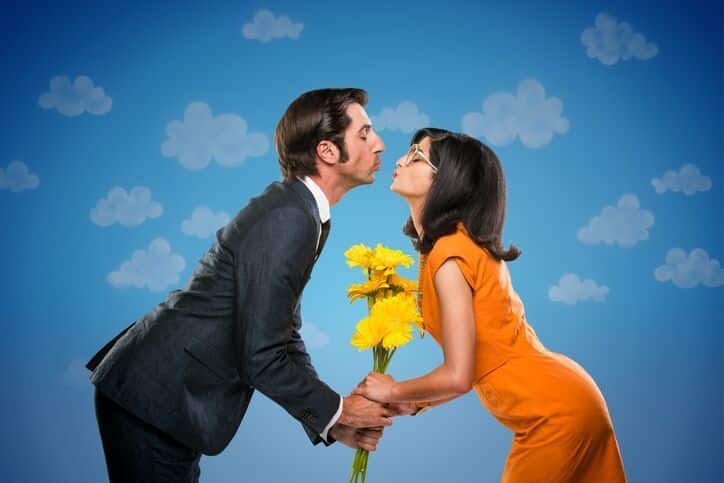 Lack of Empathy in An Asperger Marriage

But the greatest complaint about an Asperger Marriage that comes from wives is their husband’s “lack of empathy.”

Often they’ll recall painful situations with some crucial life event. They’ll recall that their husband’s response to it, was cold, unsympathetic, or simply disinterested.

This is one of the most hurtful and pervasive myths about neuro-atypicals: That they lack empathy.

Research has demonstrated that most neuro-atypicals will focus on the mouth of the speaker, missing vital cues that come from eyes, eyebrows, and the nose, so vital to communication. Spending an hour or two in professional training to read micro-expressions can enhance the effectiveness of communication in an Asperger marriage.

Paul Ekman, Ph.D. is a psychologist who has spent his professional life studying micro-expressions and developed this training, that the popular television show “Lie to Me” made famous.

Equally important is a neuro-typical spouse who is willing to take the time to identify inappropriate responses to highly charged emotional topics, like the death of a parent.

Meta-communication mismatches are also highly prevalent in these problematic marriages. As Asperger husbands frequently have Asperger mothers or fathers, it is not surprising that they’ve not learned how to respond in socially acceptable ways to displays of grief, anger, depressive sadness, or joy.

How to Survive an Asperger Marriage

It remains an important part of my work to help those in an Asperger Marriage because I see so much senseless heartache in a marriage that could otherwise be “good enough” to provide safety, warmth, and love.

While the general public might think that the challenge in changing these marriages is neurodiversity, in truth I see that both spouses play a pivotal role. Many wives discover later in life that their husbands aren’t “selfish” or “narcissistic“ or “cruel” but are instead simply born “different.” And learning to work together to make things better is key.

Do You Have a “Good Enough” Marriage?