Will Couples Therapy Work for You? -

Will Couples Therapy Work for You?

The Golden Age of Couples Therapy 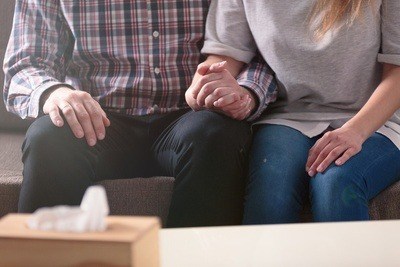 Will couples therapy work for you?

Sixty years ago, even though they felt an urgent need, surveys suggested that Americans were disappointed with the couples therapy available at that time.

Back then, couples therapy was the poor step-child to individual and family therapy. That’s not surprising. In those days, there wasn’t a shred of the science behind it.

And frankly, the leading practitioners of couples therapy were, by contemporary standards, incompetent.

But demand for couples therapy was high…and growing.

However, that’s all changed.  Over the past twenty years or so, there’s actually too much couples therapy to choose from. Which again invites this important question..will couples therapy work for you?

Nowadays, according to a study conducted by the well-known psychotherapy researcher David Orlinsky of the University of Chicago, the vast majority of therapists in the USA and overseas conduct couples therapy. But what about research about the effectiveness of all these new couples therapies?

With the noteworthy exception of science-based couples therapy (Gottman Method and Emotionally-Focused Couples Therapy), unfortunately, there hasn’t been much.

One of the reasons why there hasn’t been much of an emphasis on research is because an unhappy marriage isn’t considered a “mental disorder” by DSM-V. As a result, government funding for research isn’t anywhere near a priority.

Which is too bad for a couple of reasons. Despite sporadic private-sector research funding, we live in a Golden Age of Couples Therapy.

New research is demonstrating that not only is science-based couples therapy effective in saving marriages and keeping families intact, it’s also helpful in treating individual mental health problems such as depression and anxiety.

Even though research dollars are in short supply, we now know a great deal about what works and doesn’t work in couples therapy. And we are learning more every day.

The Magic 5:1 Ratio for Couples

Gottman Couples Therapy tells us that reports that if this ratio falls below the 5-to-1 level, couples are likely to become unhappy. In highly distressed couples, the ratio hovers around an anemic 0.8 positive acts for every negative one. Dr. Gottman also noticed that some happy couples may even surpass the 5-to-1 ratio.

This ratio has been confirmed time and time again by Gottman, as well as other independent researchers. If anything, one of the true gifts of science-based couples therapy has been the awareness of how mundane, moment-to-moment interactions can be profoundly significant. Learning how to increase the ratio of positive to negative exchanges with your spouse is a teachable skill. 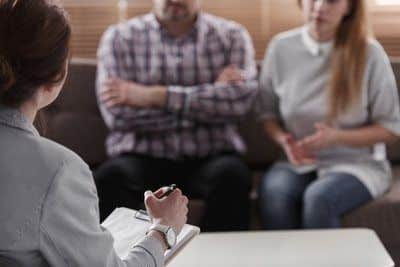 It was Gottman who discovered that even happy couples never actually “solve” most of their problems. Conflicts typically arise from the same repetitive issues.

The notion of skillful management not only alleviates gridlock, but it also reframes and normalizes conflict as the management of “perpetual problems.”

Gottman’s research also teaches couples to express their differences in a way that doesn’t evoke old grudges or sink into a personal attack. Gottman’s research offers couples a way out of criticism and defensiveness and the never-ending attack-defend cycle.

Good, science-based couples therapy installs fair fighting and repair skills. Emotionally-Focused Couples Therapy (EFT) teaches couples how to lower their defenses during the conflict, while the Gottman Method focuses on an awareness of physiological responses and more appropriate patterns of communication. The best couples therapists, in our opinion, are well-trained in both methods.

Gotman Method also invites couples to notice the level of acceptance and goodwill they have toward one another.

Attachment Science indicates that spouses who have a Secure Attachment style are more likely to be able to create a similarly secure attachment in marriage. 30 + years of EFT research tells us that a good marriage emerges from a  deep, responsive, resilient, interdependent connections between partners.

“All happy families are alike; each unhappy family is unhappy in its own way.” Leo Tolstoy 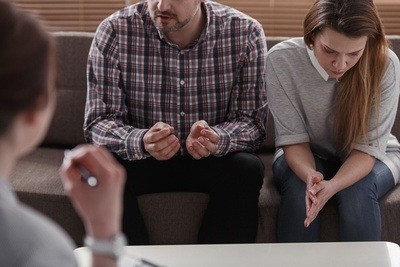 Will Couples Therapy Work for You? … More Often It Works “Good Enough!”

Research tells us that couples need only to share their expectations to a “good enough” degree.

Shared meaning is important, but that meaning can vary widely. Tolstoy got it exactly wrong. All happy, satisfied couples are different…it’s the unhappy couples that are sadly similar.

Will Couples Therapy Work? What does the Research Say?

But, as I mentioned earlier, what ‘s also exciting is the role couples therapy plays in helping to treat anxiety and depression.

Steven Beach and Daniel O’Leary, and Neil Jacobson and his team-each independently both discovered that science-based, behavioral couples therapy was also an effective treatment for a spouse’s depression that was increasing marital conflict.

The studies showed that individual therapy treated the individual depression, but only the couples therapy had any effect on marital unhappiness. Couples therapy became the treatment of choice for spouses struggling with both depression and a troubled marriage.

Gottman Method Couples Therapy, and it’s forerunner, Integrative Behavioral Couple Therapy, stress the need to develop skills for managing conflict and accepting perpetual problems that can be managed, but can’t be changed. Both of these cognitive-behavioral methods show wide success with most couples.

Emotionally-Focused Couples Therapy, with its focus on attachment is also clinically proven effective as well.

Don’t Wait… It Only Makes Our Job More Difficult

The average couple entering couples therapy has been actively unhappy for nearly 7 years.

But your marital mileage may vary. Marriage is hard work sometimes. Science-based couples therapy doesn’t promise marital bliss for all couples. But many highly distressed couples often improve to what they would comfortably describe as… “good enough!”

Will Couples Therapy Work for You?

10 Solid Tips on How to Prepare for Couples Counseling

What is the Best Marriage Retreat?

9 Marriage Counseling Questions You Both Need to Ponder Beforehand

Previous Post 8 Predictable Issues in Leaving Your Marriage for Your Affair Partner Next Post What is Micro-Cheating?