Transition to Parenthood and Marital Satisfaction

Transition to Parenthood is the first developmental task for a new couple. It took the field almost 50 years to get away from the cultural expectation that new parenthood was a hectically blissful time. Early research in the 1950’s and 1970’s was doubted because it revealed comparatively high levels of marital dissatisfaction. Esther Kluwer (2010) conducted some of the most recent research that showed that marital satisfaction does indeed dip, but the rates of discontent seem lower than previous generations, (Twenge et al. 2003).

But this meta-research (think research overview) shows that new mothers are significantly impacted by the transition to parenthood, and may experience reduced satisfaction. Issues of “who does what” and other division of labor issues, along with new questions about “how leisure time will be spent?” and “how much time are we spending together?” tend to put mom in a funk.

From an EFT lens, there is research to suggest that the first signs of the couples’ future pursuer-distancer dynamic forms at this time (Kluwer 2010). My guess would be that attachment needs are activated at this vulnerable time. Mom wants to know “are you going to be there for me?….Can I count on you?…and ” will you put our needs as at least equal to your own?” 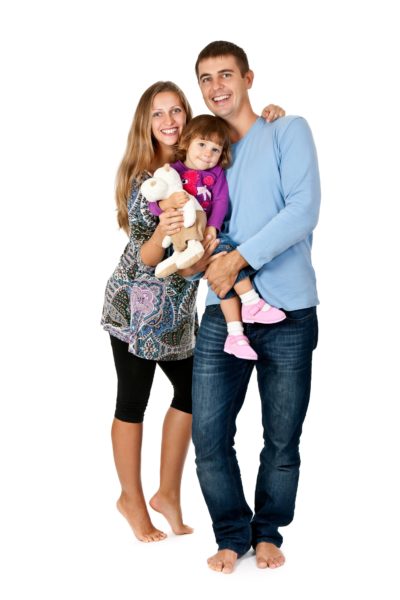 Transition to Parenthood…What are the Rates of Satisfaction?

We now know that a decline in marital satisfaction is not baked in the cake. The transition to parenthood calls for new skills, teamwork, and empathetic engagement.

The meta-analysis of the new research shows that about half of expecting couples do experience a decline in marital satisfaction, and half do not (Kluwer, 2010).

What do we know about the 13% that have a nosedive in satisfaction? These couples were cohabitators.

We also know from Kluwer (2010) that Anxious Attachment style is correlated with lower marital satisfaction at the transition to parenthood.

Transition to Parenthood Other Known Stressors

Doss and his research team (2009) found other stressors which impact marital happiness at the transition to parenthood.

Transition to Parenthood as Seen Through a Systemic Lens

The results suggest a complicated but readily identifiable connection between conflict frequency and relationship quality that will inform the crafting of new couples therapy interventions which will help these young couples navigate the transition to parenthood (Kluwer, 2010).

Is Your Son or Daughter Transitioning to Parenthood?

Give the Gift that Will Secure their Future… a Science-Based Couples Retreat.