At the top of the list is narcissism. Research tells us that a narcissist personality is one of the strongest predictors that a spouse will be unfaithful.

Narcissists tend to be self-centered, overly confident, and vain. They enjoy bragging about their accomplishments and displaying themselves to others. They talk about themselves regularly and disparage others that they perceive as inferior for whatever reason.

Borderline Personality Disorder is characterized by unstable emotions. They are partners who are fundamentally emotionally unstable and inherently unreliable. They are also poorly organized, careless, and self-indulgent. They find it very difficult to resist temptation, maintain personal boundaries and resist attractive others.

I have often seen cases where a husband gets involved with a BPD co-worker. Once the affair is ended the borderline affair partner can be consumed with rage.

They may stalk and attack their affair partner’s wife on social media. Some will actually call the wife and explain that they are “ugly” inadequate, and don’t deserve their husband. 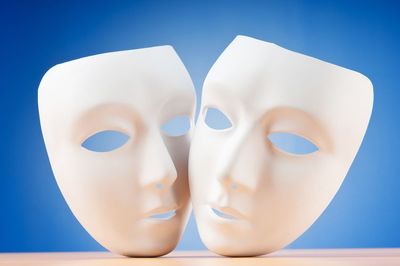 I’ve even seen police involvement in these cases more than once.

The essential problem with BPD is poor impulse control, compromised adult reasoning, and an inability to self-soothe and express empathy. In all intimate relationships, including illicit ones, a person with Borderline Personality Disorder will often display irrational jealousy, emotional volatility, and may become both physically and emotionally abusive.

For such people “love” is subordinated to intense feelings of painful yearning and strong desire. Thus people with BPD are often compelled to chase partners who are emotionally unavailable. Their yearning is fueled by the chaos and drama of pursuing an unattainable partner.

On the other hand, Psychopathic personalities have no compelling sense of yearning. They simply have no sense of personal responsibility. They are entirely careless and irresponsible. They live in the moment spontaneous and manipulative in their pursuit of pleasure and self-gratification.

The Research on Serial Infidelity and Personality Disorders

The researchers used self-reports and spouse-report data on the relative susceptibility to infidelity.  They also used self-reports, spousal report as well as interviewer reports on personality, relationship context, and relative mate value.

Relationship contexts most strongly linked to vulnerability to infidelity include ongoing sexual dissatisfaction and particular perpetual problems such as a partner complaining about feeling jealous.

Serial infidelity and personality disorders have now been highly correlated. But how do these unfaithful partners explain their behavior? 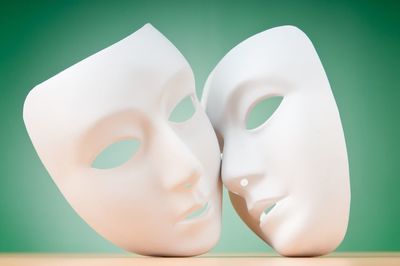 It’s no surprise that partners, who were dissatisfied with their relationship were more likely to be unfaithful.

But the research also discovered that partners with a long laundry list of complaints about their partners were also more likely to have an affair.

This research found that there were specific complaints that predicted infidelity; problem drinking, including substance abuse, condescending behavior, jealousy, and controlling behaviors were specifically mentioned in this study.

Although narcissism was the personality disorder most strongly linked to infidelity, the researchers commented on two other personality traits tied for second place;

“…two equally strong predictors of mild and serious infidelity are low Conscientiousness and high Psychoticism. These variables are correlated and share the common component of impulsivity and an inability to delay gratification.

The study authors put it this way:

“One of the strongest predictors is Narcissism. Women high on Narcissism predict that they will flirt with, kiss, and date other men, as well as have one night stands, brief affairs, and serious affairs with other men.”

In other words, if your spouse has a  personality marked by impulsivity, low dependability, and low reliability, the likelihood of infidelity is markedly increased.

Infidelity typically has a highly corrosive impact on intimate relationships:

“Infidelity may be the most destructive source of conflict inflicted on a marriage. Despite its destructive impact, infidelities are estimated conservatively to occur in about half of all marriages.”

Stacy Hubbard is a Master Trainer for the Gottman Institute. She provides graduate-level clinicians training in all three levels of Gottman Method Couples Therapy.

She’s also collaborated with The Gottman Institute, creating what she’s called: “The Seven Principles for Singles.”

It is focused on helping single people learn the skills and the research behind the method so that they can attain healthy relationships.

Because Stacy has a particular interest and extensive experience in working with infidelity in her couples therapy practice, I asked her to comment on this new research on serial infidelity and personality disorders.

Here’s What Stacy Had to Say:

“This Research makes sense when you think about a narcissist’s ability to create a story in their head that they are not being treated fairly, that they deserve better etc. One thing we know from Dr. Gottman’s research about trust and commitment is that negative comparisons are the seeds of betrayal.

An unfavorable comparison is thinking in your head ‘I can do better’ or ‘I deserve better’ etc. and then negatively comparing your spouse to other people real or imagined. This is the sort of thinking that opens the door to an affair. It is easy to see how a narcissist could smoothly go this route.

One thing I find interesting about this research is the increased likelihood of affairs when there is alcohol abuse, psychopathy, and low conscientiousness. This reminds me of Eli Finkel’s writings on Relationship Aptitude.

This means when you are searching for a long-term partner, it’s more important to look past what you have in common, or how you complement each other. Instead, look for a partner who has Relationship Aptitude.”

What is Relationship Aptitude?

“A potential partner with Relationship Aptitude has low levels of neuroticism, has no addictions, and possesses high levels of being able to securely attached and agreeable. I do find the correlation between these traits of Personality Disorders and traits related to increased likelihood of affairs very interesting, as there does seem to be quite a bit of overlap.

I can also see how somebody with these negative traits would struggle in a relationship and then feel more willing to seek comfort or excitement from someone else when their own primary relationship is on the rocks.

I think Stacy’s point makes sense. Just as there are personality traits which create vulnerability to infidelity, there is also a concept of Relationship Aptitude which is protective of relationships. The good news is that Stacy reminds us that Relationship Aptitude is, more or less, by definition, a teachable skill set:

“I am always thinking about helping my clients improve their ability to have relationship aptitude and be able to express empathy while being able to see their part in the problems in a relationship and be willing to change and grow in a positive direction. All this while helping them learn to engage in positive comparisons which helps build commitment. Positive comparisons (or, pro-relationship thoughts) would involve thinking thoughts such as “I’m so lucky this is my partner, they are so good to me.”

We know that people who have a firm sense of commitment are guarding themselves against betrayals and affairs, and as a couples therapist that is front and center for me.”

The study was published in the Journal of Research in Personality (Buss & Shackleford, 1997).