Do You Fight More Often than the Average Couple?

It’s not unusual for couples to ask us during their assessment...” do we fight more than we should?… What’s normal?… How often do couples fight?” 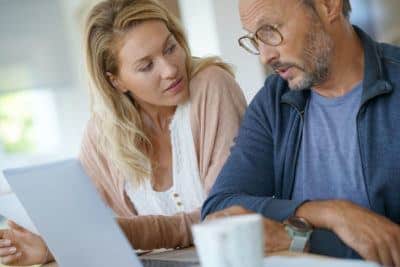 We gently advise them that it’s not the most helpful question to ask.

The frequency of fighting is no reliable guide to marital bliss. There are strong, vibrant couples that are very volatile and clash readily with one another.

And then there are conflict-avoidant couples that successfully avoid fighting …right smack into a crisis.

Conflict is not about resolution…or frequency.

Arguments organically emerge from hard-wired differences, and these differences are inevitable. Nearly 70% (69% to be precise) of all marital conflict is fundamentally unsolvable. There is no resolution. There is only creative mitigation, acceptance, communication skills, and careful, ongoing repair.

But How Often Do Couples Fight When They Know They’re In Trouble?

Before entering science-based couples therapy, most of our clients could hardly accommodate more than 2 significant arguments per week.

At this level, 2 fights a week was described as a significant stressor on their nervous systems. Frequent fighting and rapid escalation are two of the most common presenting problems in couples therapy.

Focus on the Solvable Problems First 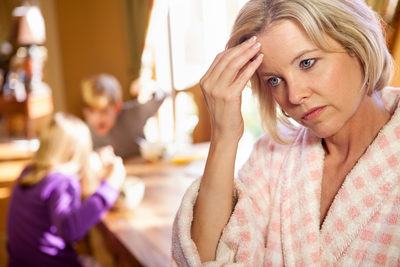 My clients Todd and Emily (not their real names, of course), bickered every morning about getting the kids to the school bus on time.

Sometimes they were so disorganized that they missed the bus…but, fearing conflict, neither felt comfortable raising the issue.

Eventually, they realized that they had to establish some new rules and break their emotional gridlock.

They assigned alternating “Primary Duty Days” for one another. One would lead in the task of getting their kids out the door in a timely fashion, and the other would assist. Each school day had a designated parental leader.

Make the Good Even Better…

They also had Kaizen conversations about how to make the morning routine even more streamlined.

As a result of these conversations, they started making their kid’s lunches the night before, saving an additional 12 minutes in the morning. These changes enabled Todd and Emily to enjoy 5 unhurried minutes of emotionally connected time lingering over coffee together.

They celebrated their win. They never wavered, and they never collapsed back into chaos. Todd and Emily explained the new rules as a team to their 3 kids. They displayed a healthy degree of parental authority. These were new rules. They enhanced their quality of life by solving a solvable problem.

The Problem With Some “Happy” Couples

Gottman developed a typology of 5 types of couples, 3 of which are what he deemed as healthy and adaptive; volatile couples, conflict-avoidant couples, and validating couples.

Because they can be so challenging to work with, it’s easy to forget that Gottman is far more generous with conflict-avoidant couples than other couples therapy thought leaders. 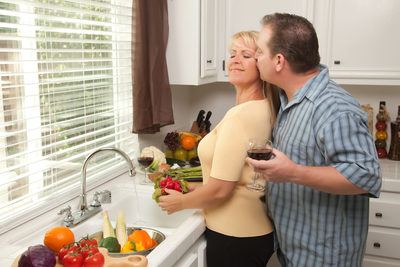 How Often Do Couples Fight?… Are You One of Those Couples Who Hardly Ever Fights at All?

They restrict their focus on areas of agreement and are most comfortable when areas of mutual agreement are expanding rather than contracting.

These couples become anxious at the mere thought of making an active personal request of their partner, and prize mutuality and congruency as badges of happiness.

However, they are sometimes disappointed. For some conflict-avoidant couples, as they stuff down simmering resentments and micro-aggressions, the pressure builds. Every six months or so…they erupt.

I see couples who are bewildered by these infrequent marital explosions of kitchen sinking and kitchen-thinking. They are completely unaware that by deferring conflict they are only delaying the inevitable.

We teach Conflict Avoidant couples to assume a broader, more self-aware stance in conflictual situations, but our primary focus is on how they manage conflict as a couple, and not on helping them optimize their individual skills in self-advocacy.

According to Bader-Pearson, Some conflict-avoidant couples are lopsided…one spouse may have clear needs and can advocate for themselves with ease, but their partners sometimes feel overshadowed and avoid asserting their own ideas, beliefs, and values.

Gottman also seems reluctant to delve into the ratio of independence and interdependence. If a spouse is content with their particular situation, it’s deemed “good enough.” Unlike the Developmental Model, Gottman will not be focusing on developing greater differentiation within a particular spouse.

There are predictable challenges when marital issues are raised in a vague and general way. It’s typical for conflict-avoidant couples to prize agreement over differences. This may result in risks not being taken, and missed opportunities for growth.

On the other hand, a passive-aggressive spouse may allow for the appearance of congruency, but only as a prop to subsequently lament the futility of their self-advocacy. 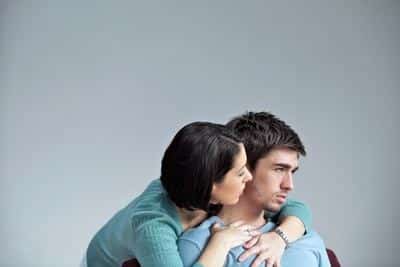 Passive Aggression, therefore, is not the avoidance of conflict, it’s the hopeless enshrinement of conflict and powerlessness.

It’s the gateway to a victim mindset.

In other words, conflict-avoidant spouses often sweep issues under the rug to create the illusion of consensus.

But Passive Aggressive spouses sweep issues under the rug only to pull them out later as proof of their lack of power and marginalization.

Passive Aggressive partners don’t avoid conflict…they evade conflict until they have sufficiently set the stage to prevail over their partner. It’s not conflict avoidance…it’s dirty fighting.

Is Conflict Avoidance a Relational Deficit… or Just Another Healthy and Adaptive Variation?

I am fascinated by Gottman’s defense of Conflict-Avoidance as just another healthy relational variation, while other couples therapy models (specifically, I’m thinking here about the Bader-Pearson Developmental Model), discuss the challenges faced by conflict-avoidant couples at great length.

It’s due in part to ambition. Science-based Gottman Method Couples Therapy is attachment-oriented. When a couple enters therapy, Gottman’s approach is to empower the couple to have a “good enough” relationship as quickly as possible.

Gottman Method has an often neglected bias toward brevity. An orthodox Gottman Method Couples therapist has limited clinical ambition. Although it’s possible, a Gottman couples therapist would probably be less likely to push or prod the less activated partner toward differentiation as a top-line intervention.

In other words, Gottman just wants to clean out the plumbing and remove the emotional blockage…

How Often Do Couples Fight? It Most Certainly is the Wrong Question…

Gotman makes it clear that conflict is inevitable. When a couple proclaims “we hardly ever fight,” they often display a discomfort that provides an opening for their therapist to inquire how their conflicts are, in fact, managed.

How often do couples fight? It’s a shift for most couples when we are reluctant to address that question directly. We explain that successful volatile couples happily argue while struggling conflict-avoidant couples often hesitate to do so. We are socialized to think of conflict in a simplistic way. But a conflict between intimate partners is rarely simple.

Gottman’s research tells us that conflict is an inevitable and unavoidable aspect of intimacy. Learning how to fight fair, and manage conflict in a “good enough” way is our science-based, end goal.

How Often Do You Fight?… Do You Want to Learn How to Fight Fair?