Can Marital Complaints Lead to Intimacy?

Marital complaints are a frequent topic in Gottman couples therapy. How to make them, what they mean, etc., etc.

In a recent post, I described how learning to repair during disagreements can lead to intimacy. While that advice may be helpful for most couples who aren’t shy about engaging in marital spats, some couples hardly ever fight at all.

And as a result, they never learn to repair efficiently. We call these couples Conflict-avoidant. In this post, I will address the notion that complaining can also offer a path to deeper intimacy…even for conflict-avoidant couples.

Couples therapists have differing opinions over working with conflict-avoidant couples. Gottman considers Conflict-avoidance as a relatively healthy style for couples and, as a result, science-based couples therapy is more tolerant of conflict avoidance than other more theoretical approaches.

Marital Complaints are a Challenge for Conflict-Avoidant Couples

While it is true that Conflict-Avoidant couples become anxious at the thought of making active requests of their partner, I kinda like the fact that they value peace and tranquility. They are often empathetic and fair-minded. However, they also tend to be emotionally muted, and content with low-key “good enough” communication. 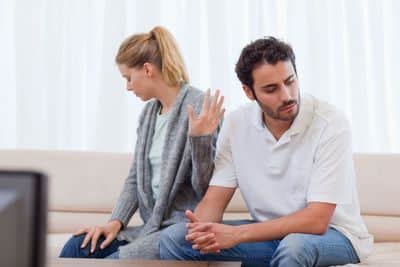 They complain that these couples often wait for their partner to take an active role while refusing to take the initiative themselves.

Conflict Avoidant couples may say that they want to see their marriages improve, but are often afraid to risk conflict by initiating complaints.

Therapists also grumble that working with conflict-avoidant couples is like pushing on a string.

Conflict-avoidant spouses would rather cave than risk annoying their partner by being honest and direct about what they want.  They can also be shy to bring up marital complaints, which can make for pretty slo-mo couples therapy sessions.

Recently I worked with John and Mary (not their real names of course), a Conflict-avoidant couple.

They have been together for over 30 years and were one of the healthiest couples that I have ever seen in an intensive setting. But Mary was the only one who would ever initiate marital complaints.

But she was timid about it. Once she saw the pained look on John’s face, she would always decide that the risk of upsetting him was more important than any change that she was hoping to see happen. So she would drop the issue quickly, and either go silent or change the subject.

What I learned from this couple was that they saw complaints as a risk-laden path to disconnection. I had to offer them my Developmental Model Disco-Ball reframe. 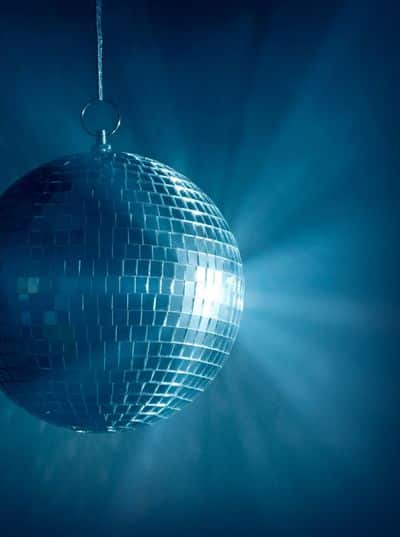 And there’s a lot of truth in that joke.

I asked John if it was true that he never complained.

“Yes. I never complain because it never makes sense to start a disagreement.”

” Ok. But when was the last time when some other guy would have complained to Mary if he were in your shoes?” I asked.

“What happened this morning?”

“I was packing our suitcase. Mary said it didn’t have to be perfect. ‘Then she said ‘don’t you know how to fold your pants?’ I felt criticized.”

“Did you say anything?”

At this point, I turned to Mary. “Do you remember saying that?”

“What were you thinking?”

“I figured he was struggling.”

The John in Her Head… 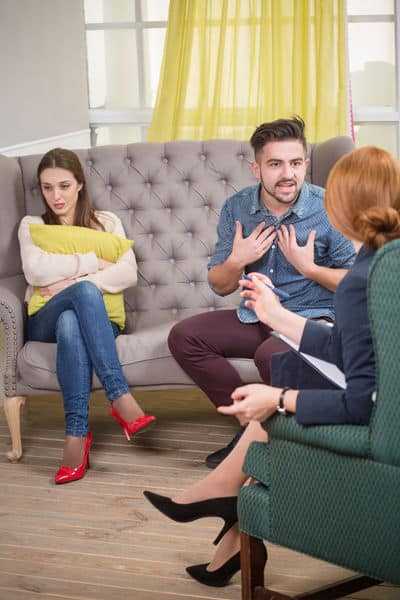 Then John turned and said “Mary, I wasn’t struggling at all…the truth is I wasn’t even trying.  After all, you said it didn’t have to be perfect. I felt that you changed your mind without even telling me.”

I pointed out to Mary that while “the John in her head” was “struggling,”  the real John wasn’t trying at all.

And wouldn’t it be an interesting conversation to tease out what her idea of “not perfect” might be compared to John’s?

They might have learned a little bit about each other, and some understanding of marital complaints might have fallen into place.

“People can be like disco balls,” I said. “When you avoid conflict, they are many interesting little facets of difference that you never get to appreciate fully. But if you complain and ask for understanding, you walk away learning something new.”

Mary thought John was struggling. The exact opposite was true.

But unless John was willing to risk conflict by complaining, they would never unpack those differences.

I looked at John and said:

“Maybe if you just said “Ouch! That hurt my feelings, then both of you would have quickly learned about your different ideas around effort and perfection…and that knowledge would have stayed with both of you.

A little facet of how you both are different would have been revealed. If you can both learn to briefly unpack these moments of hurt feelings, again and again, you might begin to link these new facets of understanding together and enjoy a deeper understanding of each other.

It’s pretty hard to un-learn something about a difference with your partner...and you just might prevent a similar hurt feeling from occurring in the future.”

They liked the idea of briefly processing a difference and learning something new that they could use in the future.

By tolerating a brief discussion of hurt feelings, they could repair and learn how to prevent future conflicts.

I was able to recruit their conflict avoidance to motivate them to manage a brief discussion because they could both see how future hurt feelings could be avoided.

Tips for Conflict Avoidant Couples…and All Other Couples Too!

Ask For What You Need…