What is Borderline Personality Disorder?

Borderline Personality Disorder (BPD) is a severe personality disorder that is characterized by a failure to self-regulate and effectively handle strong emotions.  This mental illness occurs unevenly in the context of different relationships in the client’s life: sometimes, only a single close relationship is impacted, occasionally only family members, and, unfortunately,, sometimes all relationships are affected.

Symptoms of BPD are first evidenced during adolescence or in young adulthood. Suffering from a borderline personality disordered marriage is particularly challenging for both partners.

A person with BPD are often highly capable and professionally accomplished, while their home lives are chaotic and conflict-laden. Most suffer from mood swings, poor self-regulation, losing control of their thoughts and feelings. Patients with BPD are often impulsive and are consequently prone to erratic relationships.

Research on the causes and risk factors for BPD is inconclusive. We believe that there is an abiding genetic predisposition. Still, scientists agree that the interplay of genetic and environmental influences described in the Diathesis-Stress Model is likely to be involved.

We also believe that Developmental Trauma in childhood plays a dominant role in the development of BPD. Adverse childhood experiences such as emotional, physical and sexual abuse, tragic loss, even simple neglect, or bullying may also tip the scales into persistent psychological torment. The current theory is that some people are more likely to develop BPD due to their biology or genetics. This genetic expression is exacerbated by repeated adverse childhood experiences, further increasing the likelihood of a BPD schema emerging. 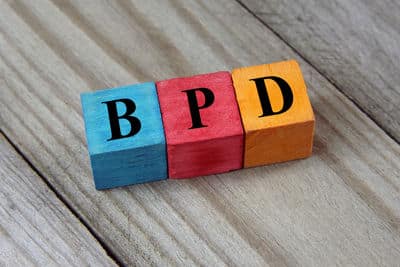 Part of what makes BPD so challenging to treat is that it is often found alongside other deficits such as depression, anxiety, and eating disorders.

As if that wasn’t enough, let’s not forget alcoholism, drug addiction, and other concurrent personality disorders and mental health issues that can often result in the clinical parsing of BPD into a constellation of sub-types.

Living in a borderline personality, disordered marriage is a long -term challenge on many fronts.

Despite how obvious the symptoms are, BPD is often missed. Delayed diagnosis of BPD seriously impedes recovery.

More experienced clinicians are aware of the critical differences between these two conditions. Although both involve unstable moods, bipolar disorder mood changes may exist for weeks or even months. The mood changes in BPD are significantly briefer and can swing wildly within hours, impacting all relationships, including the marriage.

Like PTSD, BPD was first recognized in the DSM III in 1980 by the psychiatric community. Fortunately for those afflicted with BPD, decades of hard research has resulted in evidence-based treatment protocols and effective treatment.

Even the name “Borderline Personality Disorder” was an unfortunate choice to describe a syndrome that might more accurately be called  “Affect Regulation Disorder.”

Borderline Personality Disorder (BPD) can wreak havoc on a marriage. Is your marriage affected by BPD?

Gender differences in patients with borderline personality disorder have been carefully studied… but that doesn’t mean we got it right. Most therapists are aware of the early research on clinical features of BPD that made sweeping pronouncements about gender differences. 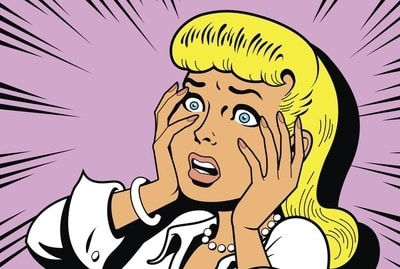 The earlier research concluded that a higher proportion of women than men have a borderline personality disorder.

But more recent and reliable research has revealed that there are no significant differences in the prevalence of BPD by gender.

However, there are gender differences in how men and women present with BPD.

We are also no longer even sure about gender differences in borderline personality disorder concerning certain types of self-harm, such as cutting.

Borderline men are more prone than females also to have an antisocial personality disorder.

I wonder about the relationship between Borderline men, and the “Pitbulls” who Gottman said were often the most dangerous after the divorce or separation because of their deep and inconsolable fear of abandonment. Borderline personality disorder in marriage is damaging, regardless of which gender is impacted.

When you look at the marriage stats for people with BPD, you discover that they are about a third less likely to be married by age 40. But strangely enough, people with BPD do not have higher divorce rates than the rest, despite how impactful borderline personality disorder is in marriage.

Only about 10% of people with BPD get remarried by around age 40. The formerly married Borderline remarries at a rate that is nearly half that of the national rate of remarriage. Where re-marriage is concerned, Borderlines are quite shy. Interpersonal issues are the bedrock of BPD, especially in marriage.

Extreme fear of abandonment may explain their reluctance to re-marry. Research studies reveal that for those afflicted with BPD, deep-seated fears of abandonment are persistently painful and intrusive thoughts. They are challenging to overcome in therapy.