How Does Bipolar Affect Relationships?

Preventing bipolar marriage breakdown is a spousal team effort. Bipolar Disorder if left untreated in adulthood often leaves a trail of poor interpersonal coping skills. In manic periods there is often hypersexuality causing affairs and a tendency toward withdrawal during down periods.

Reliance on a very small group of friends or family members can become problematic, as some people with bipolar seek to manipulate and strong-arm their support system to modulate their own anxiety.

In a bipolar relationship, the questions are endless: How do we figure out who controls the money and credit card as impulse control is a common problem? Wild spending binges or irrational generosity is common. Even the car keys? Couples struggling to avoid bipolar marriage breakdown often must have contingency plans for manic episodes.

Bipolar Disorder (BPD) is a brain abnormality that is characterized by extremely wide mood swings.  It has been formally called manic-depression.

In a typical Bipolar Disorder, there can be extremely high, and profoundly low moods that cycle back and forth. Bipolar Disorder also involves dramatic changes in sleep patterns, abrupt shifts in thoughts and feelings, sudden changes in levels of energy, and maladaptive coping behaviors, particular to each high (manic) or low (depressive) episode. 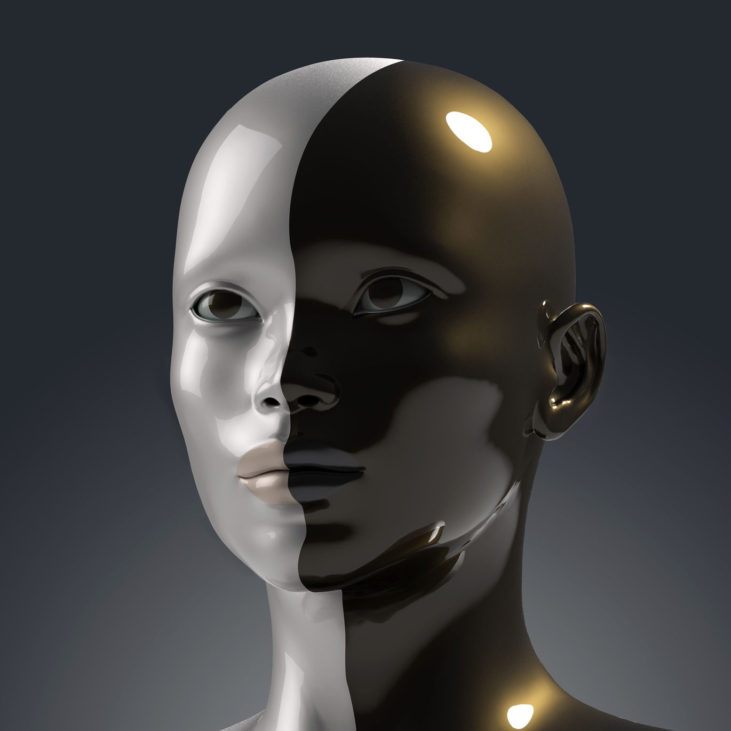 The Spousal Struggle in a Bipolar Marriage

Spouses of BPD sufferers struggle to cope with their partner’s manic or hypomanic (hypomanic is still a form of mania but to a lesser degree) episodes.

BPD sufferers can sometimes be very attractive during mania. It’s a high point in a bipolar marriage.

They can be amusing, high energy, exciting and fun to be with.

And when the depressive episode takes over, they become dramatically different;  Quiet, closed off, and deeply depressed. Spouses tend to feel a sense of emotional whiplash. What just happened?

Undiagnosed Bipolar Disorder, like undiagnosed Adult ADD, is often a wellspring of trouble and tension in your bipolar marriage.

Often an individual doesn’t even know that they suffer from Bipolar Disorder. People can go years and even decades without a diagnosis or treatment. It might require your relentless persistence to convince your partner to get a Bipolar Disorder assessment. 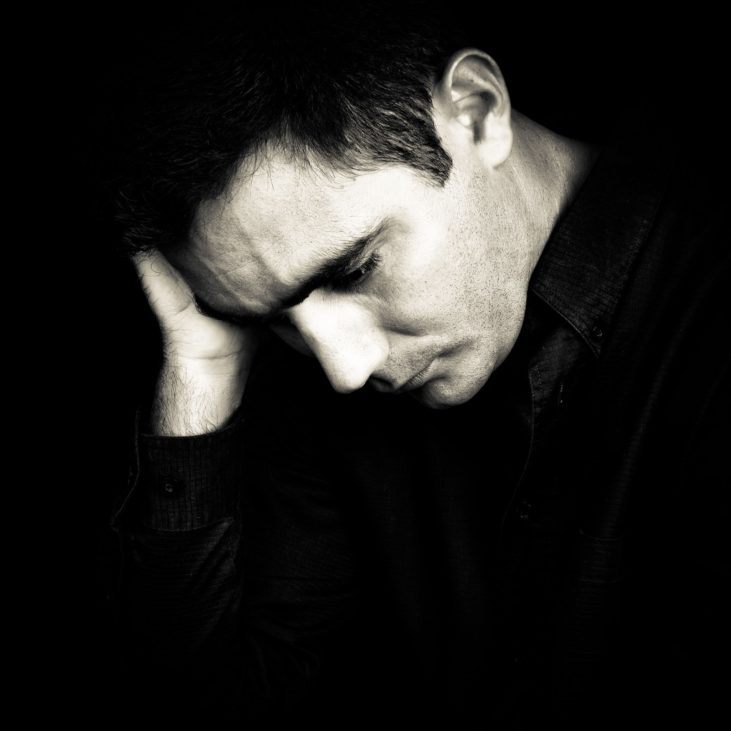 If your partner is overwhelmed by intense sadness, followed by a period of great animation and excitement, they may have an undiagnosed bipolar disorder.

Here are some of the more common symptoms of bipolar disorder:

Another way to determine if a person has bipolar disorder is to consider his or her childhood states and traits. Ask your partner to comment on their adolescence and young adulthood. Were any of these behaviors a regular feature of their youth?

It is possible to live with bipolar disorder that remains undiagnosed and untreated for decades.  That was certainly the case with actress Patty Duke. While struggling with Bipolar is not a barrier to high achievement, it may cause needless suffering for both the afflicted and their families. Winston Churchill was bipolar. It has been speculated that Frank Sinatra was bipolar all his life, and was never treated.

”Being an 18-karat manic-depressive, and having lived a life of violent emotional contradictions, I have an overacute capacity for sadness as well as elation…Whatever else has been said about me personally is unimportant. When I sing, I believe, I’m honest.”  Frank Sinatra

Mia Farrow took issue with Frank on that point as she lived in a bipolar marriage with him. Although they remained lifelong friends, even after their brief marriage ended, she described Frank as a 24 -karat manic-depressive.

The aberrant moods and behaviors of some public figures might now be understood in a different light. Bipolar Disorder left untreated in young adulthood often leaves a trail of poor interpersonal coping skills, a tendency toward withdrawal, and reliance on a very small group of friends or family members.

Even these close relationships can become more problematic, as some people with bipolar seek to manipulate and strong-arm their support system to modulate their own anxiety. 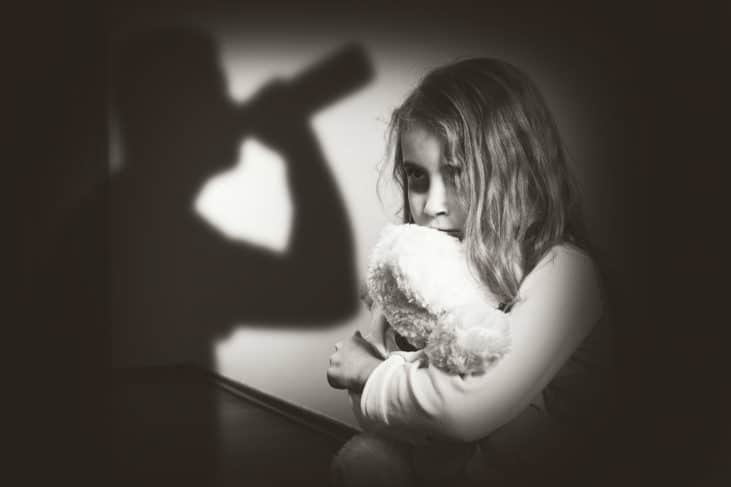 Drugs, Alcohol, and Sexual Acting Out

It’s almost anecdotal that undiagnosed people with bipolar appear to be constantly self-medicating. Alcohol abuse in early adulthood is a typical attempt to modulate the roller-coaster ride of mood swings.

A recent study claimed that 37% of subjects who were bipolar engaged in sexual compulsivity. Bipolar marriage breakdown often follows serial infidelity and poor management of the disorder.

Intensely damaging to this bipolar marriage. Diagnostically, the presence of hypersexuality is an indication of a possible bipolar diagnosis.

It is possible to have multiple overlapping mental health struggles. This is called having co-morbidities. You could, for example, have a sex addiction, aggravated by bipolar disorder, Developmental Trauma, or both.

I once went into a flower shop and complimented the owner on his new Mercedes parked right out front. He looked at me with manic glee.

He dangled the keys in front of my face. 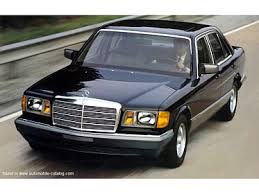 YOU LOOK LIKE A NICE GUY… A GREAAT GUY!!!! WHY DON’T YOU TAKE IT HOME FOR A SPIN AND GOOF ON YOUR WIFE. TELL HER YOU JUST BOUGHT IT!… BELIEVE YOU ME THAT REACTION WOULD BE PRICELESS!!!! THAT REMINDS ME OF THE TIME……………

It was the first and last time I visited that particular flower shop.

People who suffer from bipolar are sometimes notoriously irritable, fussy and verbally abusive.

Couples need to have a way of processing these incidents to avoid building up resentments. This is another area where the non-bipolar partner can dialogue about how this unpleasant banter can be managed, repaired, and processed.

Temper tantrums can be a powerful source of resentment and stress for the managing partner in bipolar marriage.

If I were KING of the FORESSSSSSST!: Grandiosity

Your bipolar spouse is swimming in a toxic neurochemical soup. Their self-importance and grandiosity may be, at times, epic. Yes, it’s profoundly annoying… but it is not them. Their behavior is beyond their control.

Attitude Correction in a Bipolar Marriage: It is a Psychiatric Condition… Not a Personal Failing.

The most important task is to learn about Bipolar Disorder. But just because you’re up to speed, doesn’t mean that you know how it’s going to play out in your marriage. With appropriate psycho-education, you will understand the range of symptoms and behaviors and feel in better control of your bipolar marriage. But the map is not the territory. 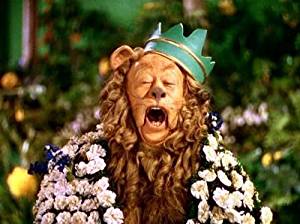 Psycho-education is incredibly valuable, but it can only describe the wide constellation of possible symptoms. In each case, your experience should guide what matters most to you.

Your therapeutic journey to successfully manage Bipolar Disorder as a couple, and to consider yourselves in a bipolar marriage will be uniquely your own. And as far as treatment is concerned… your mileage with any drug or treatment regime may vary.

Part of the condition of being bipolar involves something called anosognosia. This comes from the Greek, and means “without disease knowledge.”

Now here is the frustrating and tricky part where bipolar marriage and marital conflict are concerned. The partner can’t get why their bipolar spouse tends to deny the very existence of a diagnosis that, in other mood states, they would admit readily.

It looks like defensiveness, stubbornness, arrogance…fill in the blank.

But in reality, while this anosognosia can have many different components, a brain deficit in the prefrontal cortex is often a large factor. They can’t help not knowing in that moment what they already know.

On the other hand, some people in treatment for Bipolar Disorder gratefully welcome the structure and incremental gains in their quality of life and a better bipolar marriage.

Bipolar Disorder is an intimidating medical condition because it dictates the very contours and terrain of your life.

Managing Bipolar Disorder is a spousal team effort. While some people respond miraculously well to certain medications and treatment regimes, like everything else with bipolar… your mileage will vary. 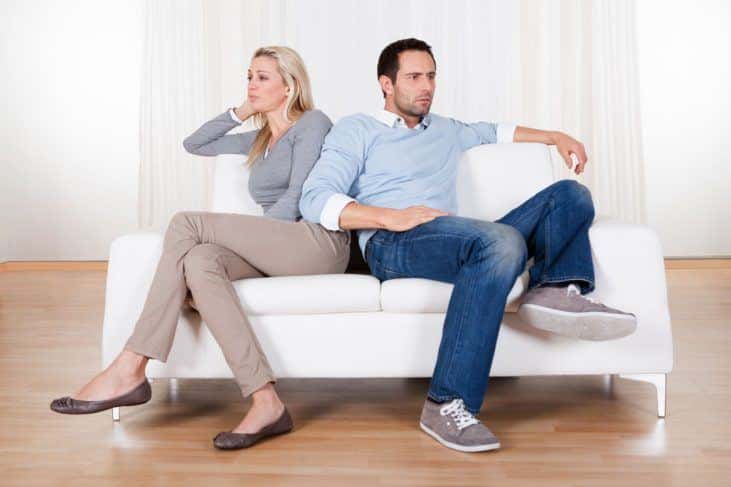 Partners May Profoundly Disagree on Exactly How to Manage the Ups and Down of Bipolar Disorder.

Managing bipolar is exactly the sort of “unsolvable problem” that John Gottman describes as afflicting most couples.

It is a dance of “give and take” around negotiable issues, and a heart-to-heart dialogue concerning each partners’ non-negotiable “gotta have” issues.

It’s common for some “managing partners” to want to “take over” treatment as a way of managing their own stress. But attempting to marriage your bipolar marriage by managing bipolar symptoms is a never-ending conversation. It is, in the truest sense, a perpetual problem.

Effectiveness of Medication Could Be Extremely Unpredictable

Got a med regime that works? Great!

Living with bipolar may require and endless tweaking of medication to avoid twerking your mood swings in your partner’s face. It might involve a seemingly endless process of adjustments.

But taking meds faithfully is the “holy of holies.” Couples who are struggling to manage bipolar need sacred agreements to faithfully abide by their current treatment regime.

Two couples can have completely different agreements around helping or not helping with medication. There is no “right” way. Don’t enter into an agreement that leaves you stressed or resentful.

Avoid the Temptation to Become a 24/7 Psychiatric Nurse.

Try not to let BPD be the centerpiece of your bipolar marriage. You don’t want to become more of a nurse than a spouse. Take care of yourself, read relax, indulge in your hobbies.

Preserve your mental and emotional capacities for yourself and others. Your marriage is not only about managing bipolar disorder. If you find that preventing bipolar marriage breakdown is hogging your resources, find a way to seek balance. Avoid burning out.

Get Help For Your Marriage Online Today