Another Fight About Nothing - Couples Therapy Inc Dr. Kathy McMahon

Here is a classic fight about absolutely nothing.

A Fight About Nothing in a Supermarket 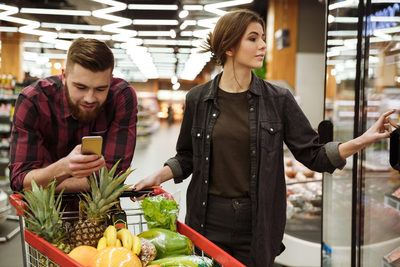 Here is a story about a nothing fight:

A couple is in the supermarket. The husband is looking at his phone as his wife is about to select some frozen vegetables. She turns and sees him leaning over the cart, engrossed with his phone.

W:   (sounding annoyed)  Aren’t you going to pick up the chicken?

H:  (with defensiveness)  I haven’t gotten there yet…

W:  (sounding more irritated)  What do you mean? You’re on your stupid phone again. You expect me to do all the shopping myself?

H:  (in an angry tone)  If you want chicken, go get it yourself!

W:  (angry and contemptuous)  Why is it you can never help me with grocery shopping. Why are you even here? You act like a 12-year-old sometimes, you know that?

H:   (raising his voice)  I’m tired of you telling me what to do!  I’m not your slave!  Do your own shopping from now on, will you?

W:   (sneering with contempt)  That’s right. Another job you are pushing off on me. You’re such a child. You make me sick…

H:  (looks away in stony silence).

What is Going on Here With These Nothing Fights?

Imagine a waterfall of negativity tumbling downhill. It is what scientists call “a cascading sequence of responses”  in which one partner (in this case, the wife) expresses criticism.

It might have been a complaint, except for her contemptuous (“you idiot”) tone. The other partner (the husband) responds with defensiveness, causing the wife to react to this defensiveness with contempt, sarcasm, and/or hostility.  Next, the partner withdraws from, or stonewalls, the conversation.

During the assessment of a couple, we learn about their toxic nothing fights like this, and how to correct them.

An Absorbing State of Negativity

Over and over, couples in problematic cascading sequences rehash their “point,” their irritations with their partner, the tone their partner used that “set them off,” or what the other person “really meant” by what they said:  (“That’s not what I said.” “Yes you did.” “No I didn’t!” “Yes you did, and what  you meant was…”) 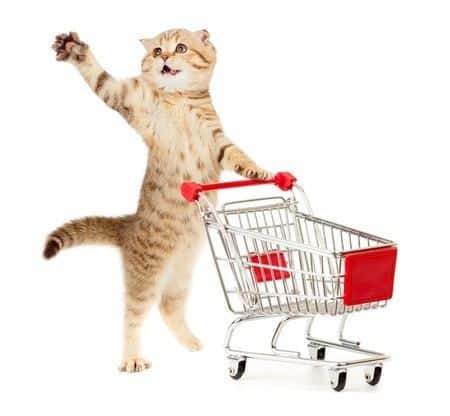 Fights can be “catty” and small, but the meaning behind them is not.

Gottman calls these nothing fights: “absorbing states of negativity.”

When the pattern becomes chronic, he says, they end up “imprisoned in a roach motel for lovers:  They check-in, but they can’t check out.”

What Do Couples Fight About?… Nothing!

John Gottman was once asked in an interview “What do couples fight about?”  His response was, “Nothing.“

This is is an example of what he means.

In fact, if it weren’t for the fight, both might say they enjoy going out shopping, and the wife might even tell you that she prefers to select the chicken herself.

Changing a Fight About Nothing: Husband Starts

Here’s an example of the husband changing it around.

W:  (sounding annoyed) Aren’t you going to pick up chicken?

H:  (ignoring her tone)  I’m sorry. I just got an important text from work…

W:  (sounding more plaintive than annoyed)  I know they all rely on you honey, but so do I. I’d like to get home soon. can you get the chicken while I finish up here?

W:  (brightening, but weary) I am tired. Let’s just get the chicken and get out of here.

Every couple has a sentiment override. It’s either positive or negative. In relationships where there is an abundance of goodwill (what Gottman calls “positive sentiment override”) a negative tone is often ignored or reframed positively, in this case as “tired.”

Even a statement that a neutral observer would label as “hostile,” is not understood that way.  The tone is, instead, heard as “emphasis.” In positive sentiment override, partners give each other the benefit of the doubt most of the time.

Changing a Fight About Nothing: Wife Starts 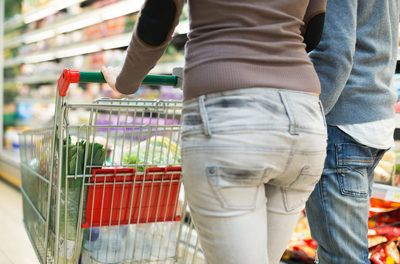 Now let’s see an example of the wife changing the situation:

W:  (sounding annoyed) Aren’t you going to pick up the chicken?

H:   (with defensiveness) I’m sorry. I just got an important text from work…

W:  (sounding more irritated) Joey, when are you not working? You let them walk all over you.

H:  (in an angry tone) If you want chicken, go get it yourself!

W:  (conciliatory tone)  I’m sorry, honey. I snapped at you. I’m so exhausted.

H:  (softening)  You did!  I would have ignored it, but Charlie needed to know something quick, and I’m the only one he could reach. And I already told him what to do. Look, I know you’re tired, and I already got all the deli meat.

W:  I love that kind of ham. Let’s go get some lettuce to put on it for sandwiches.

So either one can stop the “fight about nothing.” Either one can recover from the downward spiral, and put the relationship boat into calmer waters.

So Why Don’t They?

In this case, the fight about the chicken is a subtext for a deeper battle that hasn’t been successfully explored and healed.

Dr. Gottman calls it a “betrayal,” while Dr. Johnson describes it as an “attachment injury.” It could be a single, damaging event that has left an emotional wound, leaving one or both feeling vulnerable and unsafe. It can come up in the vegetable aisle, in bed, or over dinner. 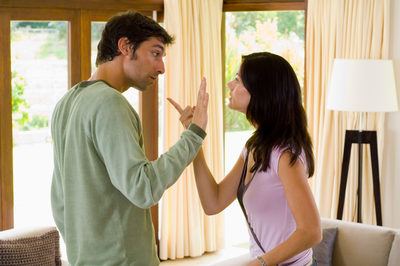 Dr. Johnson says couples ultimately have only a few key questions that must continuously and implicitly be answered:

When the answer to any of these questions is “no,” supermarket fights like this one become commonplace.

The Hidden Context of Nothing Fights

Perhaps in this situation, it was the wife learning that she had high blood pressure and needed to lose weight.  The injury was her husband’s response to the news. Each time the issue of “eating right” comes up, she sees it as a “test” of how much he cares about her health.

Or perhaps the husband recalled a difficult incident at work with his boss, where his competence was questioned. His wife, instead of taking his side, seemed to side with his boss, maybe pointing out his need  to be “more attentive.”  Now, whenever she says anything, he hears it as “challenging his competence.”

An attachment injury destroys the implicit agreement between partners to be there and nurture each other.

Why Don’t We Let These Things Go? Why Do We Have Nothing Fights?

Think of it this way; each relationship has a backdrop, a context, like the news ticker at the bottom of the screen, that continues to inform our everyday actions.  And we don’t forget them, because these little things trigger us, and remind us of this hurt. 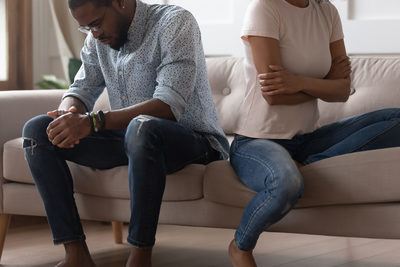 They call it the “Zeigarnik Effect,” after a Russian psychologist watched waiters in a restaurant:

They never forgot orders that hadn’t been filled.  Once the order was filled, they couldn’t remember the order.

Think of it as a “cliffhanger” at the end of a TV series.  You remember it because the crisis was never resolved.

Because partners tend to remember negative and unfinished emotional experiences more vividly than positive ones, an attachment injury, or a betrayal tends to leave them stuck.

A good couples therapist can help you unpack these attachment injuries and help you to heal. You can do this online through video conferencing without leaving your home.

Gottman uses the famous quote from Faulkner to sum it up: The past is never dead. It’s not even past.

Nothing Fights are the Echoes of Unresolved Issues

Betrayal doesn’t refer only to extramarital affairs.  It includes any breach of trust between partners, such as putting your career ahead of your relationship, ongoing coldness, selfishness, breaking things, or violence. 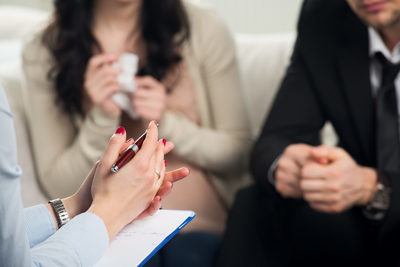 Effective couples therapy does three things in situations like this:

Emotional Attunement Can Heal Fights about Nothing

This emotional attunement can help couples resolve “everyday misalignments,” like when one partner is particularly tired or stressed. Enhancing the bonds of friendship can also help transform “negative sentiment override” into “positive sentiment override,” so little hurts can be ignored or reframed.

Science-based couples therapy will teach you new and powerful skills to stop the fighting and get along once again.