Why Reframing is Essential

“If a problem can’t be solved within the frame it was conceived, the solution lies in reframing the problem.”― Brian McGreevy

Why Reframing Your Marital Problem is Fundamental

The great Hypnotherapist Milton Erikson once said that the reason why clients have problems in the first place is that they are stuck in “frames of reference.” These frames prevent them from exploring new ways of engaging with their issues and employing their talents and abilities to their best advantage. 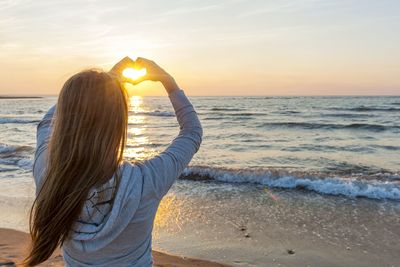 When you change your point of view and come up with a new and different meaning to your partner’s behavior, you create a space for change to happen.

Reframing shuffles the emotional and conceptual meaning, but it is not the same thing as an interpretation. Reframing is not about determining or assigning a value to “facts.”

The purpose of reframing your marital problem is to actively engage an approach to truth in a way that is both pragmatic and conducive to insight and positive change. It also helps to prevent defensive reactivity.

Being happy doesn’t involve being “right” or being preoccupied with your own historically rigid view of the problem. Bur being stuck sure does.

An Example of Reframing in a Couples Therapy Intensive

Dr. K and I conducted a Marriage Intensive recently. At one point, the husband became highly agitated and advocated for himself. He insisted that the problem was that his “bullet points” approach made sense, while his wife’s different emotional shifts did not. 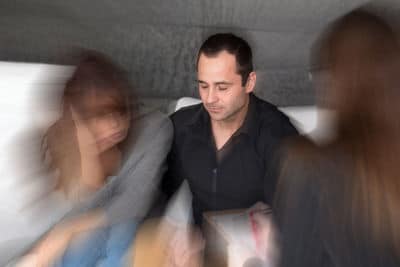 “First you said I had to do this. Now you’re saying something entirely different. Which is it? I am so confused!” he said.

“John, that’s because for once, you heard me, and because I felt heard, I could see your point. So now I’m asking for less.”

But why couldn’t you just accept that in the first place? So I’m supposed to stay with you? You’re supposed to talk it out and express your feelings? Only after that our fights can turn out different? You mean…I don’t need my bullet points?”

The couple then looked at us in bewilderment. At the same time, Dr.K and I both said, “This is great!”

It was great because John was getting a taste of the fact that he was a “bullet point” kind of guy, and his wife had her own opposite process. He was beginning to reframe his marital problem.

The Two Most Important Ways of Reframing Your Marital Problem

There are two fundamental reframes in couples therapy. The first involves how you frame your perpetual problems.

If you always see them in a negative light, they will reflect an ongoing belief in your partner’s cynical motives and negative behaviors.

I had a husband last week call me looking for therapy.

“My wife is such a nag. I’m hoping that therapy will shut her up.” 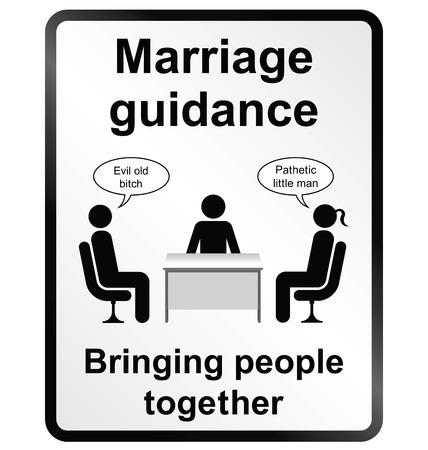 “Yeah, maybe you could talk some sense into her.”

“So, you just want her to get off your back?” I asked.

“Yup. That’s the most important thing to me.”

“Well, you don’t need couples therapy for that. You can make her go quiet and dark on you easily.”

“Just keep ignoring her. She will eventually stop nagging you. Of course, she will also be a walk-away wife and will be planning to leave you. At that point, and it will be a lot harder to get her into therapy. But if all you want to do is shut her up, you don’t need us for that.”

Now there’s an example of a reframe. I explained that as long as she was emotionally invested in complaining, she was hoping for change.

She may not be very skillful at softened startups, and she might not always talk to him as if he was someone she loved, but she was engaged and was hoping that he would be as well.

So this was a reframe of negative behavior(nagging) accurately reframed as emotional engagement that perhaps required some softening skills.

The Problem Is Not Your Partner

The second reframe is moving from the idea that your partner is the problem, to the problem being a separate entity with an energy of its own. This is sometimes called externalization.

When a couple can say “There we go again” when they start to slip into their old pattern, they have taken the first step out of it.

The “Protest Polka” in Emotionally-Focused Therapy is an example of a dysfunctional “cycle” between the partners, which is typically a reframe for a negative assessment of each other.

When you reframe your marital problem and then externalize the problem, you stop talking about how wrong, mean, or crazy your partner is. You start talking about your enduring vulnerabilities and triggers. Fight autopsies that lead to profound healing are predicated on strong externalization skills. Your spouse is not the enemy. Now there’s a healthy reframe!

When a negative behavior is understood in a more empathetic light, and then externalized into a cycle, the couple can collaborate in constructive change.

The “evil old bitch” is frustrated and wants to connect with her husband. Her “pathetic little husband ” is overwhelmed because he doesn’t yet know how to stop stonewalling, or act defensively.

So, of course, he can’t effectively challenge his wife’s criticism by admitting his part of the cycle and accepting her influence.

The goal of the reframe is to focus on what the couple is aspiring to do and have together. Their common goal is a loving connection. Their enemy is their poor habits of communication.

If you didn’t care you wouldn’t still be fighting.

The goal of the reframe is that each partner will develop curiosity about how they could show up differently, and how that would open up a creative space for their partner to do the same.

Do Your Marriage Problems Deserve a Science-Based Reframe?