What is commitment in a marriage?

A recent longitudinal research project at the Relationship Institute at UCLA. has unpacked this important question.

The Marriage and Family Development Laboratory at UCLA has been conducting significant research on how to keep marriages vibrant and strong for nearly 30 years.

With funding from the National Institutes of Health, the National Science Foundation, and the John Templeton Foundation, Dr. Thomas Bradbury and his collaborators at the relationship Institute of UCLA have published more than 140 research articles, an undergraduate textbook on intimate relationships, and edited three books, including The Psychology of Marriage.

In this particular longitudinal research project, They studied nearly 200 couples over the first 11 years of their marriage. Of the 172 couples in the study, just under 80% are still married, and just over 21% had divorced.

The key finding researchers discovered is that sacrifice and commitment were correlated with increased marital satisfaction.

Marriages, where both partners were willing to subordinate their own interests to those of the marriage were significantly more likely to thrive.  The capacity to sacrifice and putting a partner’s needs equal to one’s own suggest a mature perspective that can delay gratification.

The difference between involvement and commitment is like ham and eggs. The chicken is involved; the pig is committed. Martina Navratilova

The researchers found that the word “commitment” had two distinctly definitions among the couples who were the research subjects.

With some spouses, there was a superficial “I really like this relationship, and want to see it continue,” sense of commitment.

Like the hen, they see the relationship as an involvement that is devoid of an uncomfortable degree of sacrificial effort, or preventive maintenance.

One of the authors of the study, author Dr.Benjamin Karney,  put it this way;

“When a spouse says ‘I’m committed to my relationship,’ they can mean two things,” One thing they can mean is, ‘I really like this relationship and want it to continue.’ However, commitment is more than just that.”

The UCLA study found that a deeper level of commitment, one willing to make sacrifices, was a far superior predictor of low marital satisfaction, lower divorce rates, and a happier marriage. 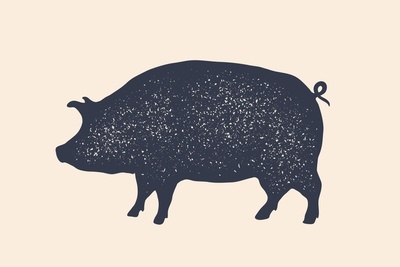 “It’s easy to be committed to your relationship when it’s going well,” said senior study author Thomas Bradbury, a psychology professor who is one of the directors at the Relationship Institute.

It’s not just that I like the relationship, which is true, but that I’m going to step up and take active steps to maintain this relationship, even if it means I’m not going to get my way in certain areas.”

“This,” Bradbury said, “is the other kind of commitment: the difference between ‘I like this relationship and I’m committed to it’ and ‘I’m committed to doing what it takes to make this relationship work.’ When you and your partner are struggling a bit, are you going to do what’s difficult when you don’t want to? At 2 a.m., are you going to feed the baby?”

The UCLA researchers discovered that the couples who were willing to defer their own comfort and make sacrifices for the greater good of their marriage were far more effective at managing differences and solving problems…and staying together.

“It’s a robust finding,” said Bradbury. “The second kind of commitment predicted lower divorce rates and slower rates of deterioration in the relationship.”

How the Study was Constructed

At the start of the study, the couples were all first-time newlyweds. They were each given statements to agree or disagree with that helped the researchers to assess their level of commitment.

The spouses in the study were asked to what extent they agreed or disagreed with the following statements: 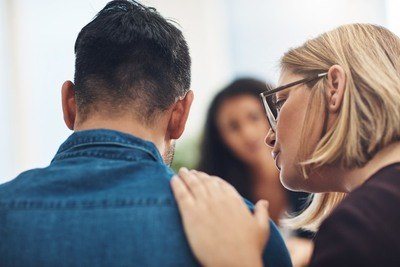 The psychologists then videotaped the couples’ interactions as they discussed the statements and scored exactly how they interacted with each other as they grappled with the statements.

The researchers conducted follow-ups with the couples every six months for the first four years (and again later in their marriages).

The couples were asked about their unfolding relational history, their life stressors, levels of social supports, in-laws, kids, and their feelings toward each other.

The researchers knew that sources of conflict were as predictable for these newlyweds as they were inevitable.

They asked good questions, looking to construct a complete picture of each marriage as each couple moved through time together.

Commitment in a Marriage…You Can’t Always Get What You Want.

Mick Jagger was right. The research shows that maturity and sacrifice for the good of the relationship are the hallmarks of marital satisfaction and success.

“It means to do what it takes to make the relationship successful. That’s what this research is saying. That’s what commitment really means,” Karney said. “In a long-term relationship, both parties cannot always get their way.”

You can’t always get what you want, but if you try sometimes, you just might find, you get what you need. Mick Jagger

When a couple is having a conflict, they have many sliding door moments, with a number of choices on how to respond to their partner.

“One choice,” said Karney, “is if you dig your heels in, then I can dig my heels in too.

I can say, ‘You’re wrong. Listen to me!’ But if this relationship is really important to me, I’m willing to say, ‘I will compromise.’

What is my goal? Is it to win this battle? Is it to preserve the relationship?

The behaviors I might engage in to win this conflict are different from those that are best for the relationship.

The people who think more about protecting the relationship over the long term are more likely to think this is not that big a problem.”

Dr. Bradbury also chimed in. “When the stakes are high, our relationships are vulnerable.

When we’re under a great deal of stress or when there is a high-stakes decision on which you disagree, those are defining moments in a relationship. What our data indicate is that committing to the relationship rather than committing to your own agenda and your own immediate needs is a far better strategy. We’re not saying it’s easy.”

Commitment in a Marriage Means Having Generative Conversations

“Find ways to compromise, or at least have the conversation that allows you and your partner to see things eye to eye,” Bradbury said.

“Often, we don’t have the big (think Generative) conversations that we need in our relationship.

The very act of communicating in difficult times can be as important as the outcome of the conversation.

Everybody has the opportunity to engage in a conflict, or not, to say, ‘You’re wrong, I’m right.’

When people are in it for the long term, they are often willing to make sacrifices and view themselves as a team. They both are.” 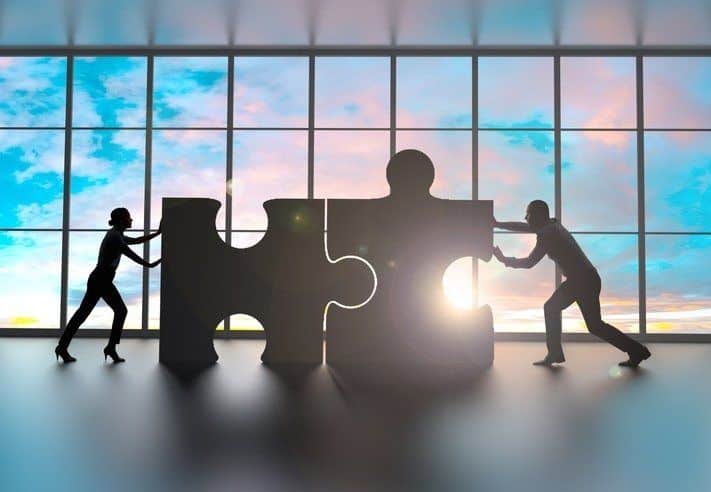 The difference between couples who were happy and couples whose marriages failed was in how they managed conflict.

“The people who ended their marriages would have said they were very committed to the marriage,” Bradbury said. “But they did not have the resolve to say, ‘Honey, we need to work on this; it’s going to be hard, but it’s important.’

The successful couples were able to shift their focus away from whether ‘I win’ or ‘you win’ to ‘Are we going to keep this relationship afloat?’ That is ideal.”

Commitment in a marriage involves a very specific skill-set that we teach in science-based couples therapy; the ability to have “big” generative conversations, accepting influence from one another, managing conflict, listening with empathy, being willing to make repair attempts, cooperating, and finding mutually acceptable solutions.

Commitment is more than just involved. When things are rough, commitment shows up in being able to disagree while you respect the other person, work towards understanding their perspective without having to prove you are ‘right’. It’s about sacrifice for the safety and security of the relationship. Hard work… and worth it.  Terry Kelly

Are You Committed? Get Coaching Now!

Here are some of the significant previous research findings from the Relationship Institute at UCLA:

Williamson, H. C., Nguyen, T. P., Karney, B. R., & Bradbury, T. N. (in press). Are problems that contribute to divorce present at the start of marriage, or do they emerge over time? Journal of Social and Personal Relationships. Advance online publication. [pdf]