10 Solid Reasons Why Workplace Romance is a Bad Idea

10 Solid Reasons Why Workplace Romance is a Bad Idea 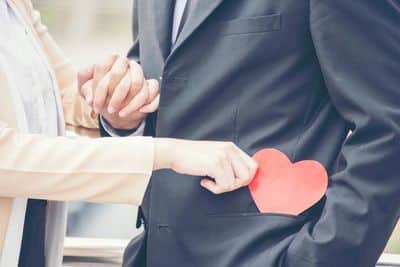 In previous posts, I’ve written extensively about the phenomenon of workplace romance from the perspective of the infidelity of the people involved.

But because so many of our clients at CTI are business owners and executives, I  am directing this post to discuss the constellation of problems that workplace romance may present overall.

Although the media focuses on the problem of sexual harassment in the workplace, a parallel problem is that workplace romance is reaching epidemic proportions.

One of the reasons, according to Canadian psychologist  Dr. Jordan Peterson, is that we, as a culture, have not yet figured out how to conduct ourselves in a mixed-gender workplace.

The reality of a workplace populated by attractive others is a relatively new phenomenon in American business history. I agree with Dr. Peterson on his central point. There is a lot that we don’t know, and we’re deceiving ourselves if we think this is an easy policy-driven question. It’s not.

On the other hand, as a culture, we don’t like to interfere in the personal lives of other people who are not close intimates.

This would require a shift away from the previous norm of a hands-off, freedom-loving, permissive environment. Many workplaces have been reluctant to set reasonable limits on workplace romance in the past. But that’s changing.

The Unintended Consequences of Affairs in the Workplace 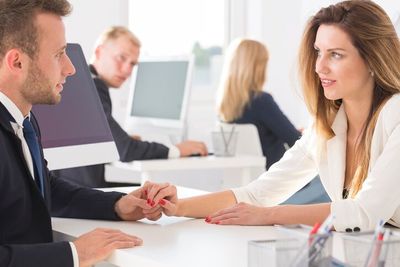 There is a downside to having a permissive environment at work.

Workplace romances that cross the line can encourage complaints of favoritism, spread rumors and innuendo distract other staff, waste time and energy, and often lead to claims of sexual harassment.

Sexual harassment issues, whether grounded in a legitimate abuse of power or a hidden agenda, often result in higher staff turnover and poor performance.

We are moving away from a focus on intent in favor of a focus on subjective consequences. And as a result, we are also moving toward a culture of emergent self-protection.

As a Manager or Owner, Should You be Concerned About Workplace Romance?

My First Master’s degree was in Labor Studies. I was surprised to read one study indicating that as many as 65% of office workers have had at least one workplace emotional affair over their work history.

Based on this high percentage, there’s a strong likelihood that right now, some of your employees may be having emotional affairs.

Many employers now prohibit their employees from dating staffers who report to them or who participate in any company decision-making that could impact their terms or conditions of employment.

Some employers preclude their employees from engaging in a consensual romantic relationship when they work in the same department.

Increasingly, employers are reserving the right to transfer, or terminate, either employee to avoid any potential conflict of interest or allegations of favoritism stemming from a workplace romance. It’s a messy no-win for employers and employees overall.

Corporate boards are starting to take stock of the problem. In recent years, high-level executives at companies such as McDonald’s, Boeing, Best Buy, Intel, and Hewlett-Packard have been forced out not only for sexual impropriety but also for consensual workplace romances with subordinates.

The Rise of #Me Too

With the rise of the #MeToo movement, This is a good time for business owners to review existing policies or procedures on the consequences of affairs in the workplace.

Employers are becoming more pro-active about the curbing abuse of power, and are defensive in their policies and guidelines.

But it’s also essential for HR departments to move beyond only offering sexual harassment training.

Employers also need to start conducting training on the complex array of unintended consequences of affairs in the workplace and emotional relationships in the office.

A genuinely family-friendly sensibility remains elusive because it risks intruding into the moral matrix of personal decision. As I said before, we have a long way to go because we are still figuring it out.

10 Solid Reasons Why Workplace Romance Can Be Problematic

In one case, a church hired a personal assistant for a reverend. The assistant claimed that the reverend coerced him into a sexual relationship. The assistant also claimed that he did not want to do so, but did so “voluntarily” because the reverend threatened his job and also made him re-do already completed projects. The church’s counsel argued that it wasn’t liable because it was a consensual relationship. This argument failed to persuade, and a $5 million verdict was awarded. (Medina v. United Christian Evangelistic Association).

A warehouse clerk and her manager began a consensual workplace relationship, which went on for a couple of months. The employer was blindsided by a lawsuit after the manager was allegedly enraged that the clerk ended the affair. The warehouse clerk alleged that he criticizing her work, verbally reprimanding her, and threatening to “make her life at work difficult” (Walker v. Mac Frugals Bargains, Closeouts, Inc.).

An office manager in one case was awarded nearly $760,000 after a workplace romance ended badly. The manager was pursued by her boss who was a physician. She eventually had a consensual sexual relationship with him that lasted for a year. The relationship ended when the physician began a new relationship with another employee.

Things got antagonistic whan the doctor’s new girlfriend felt threatened by the previous relationship, and allegedly pressured the physician to fire the office manager. Yielding to the pressure from his new workplace romance partner, the office manager claimed that the doctor initiated a campaign of making her working environment increasingly difficult. She testified that he complained about the quality of her work and downgrading her scope of responsibilities. (Green v. Administrators of Tulane Educational Fund).

What Can Be Done about Workplace Romance?… Not Much 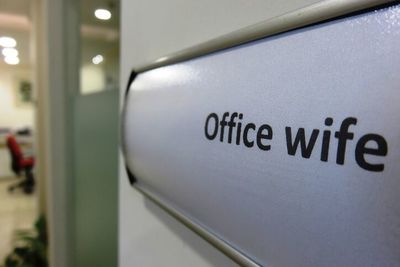 Whether or not infidelity is an issue, workplace romance is still fraught with peril for everyone involved.

As long as humans are attracted to one another, the problem isn’t going away anytime soon.

HR training on sexual harassment addresses only a small part of the problem.

We are entering new uncharted territory where the spheres of work and love potentially overlap. The consequences of affairs in the workplace are becoming increasingly complex.

Companies address the power dynamics of sexual harassment but are reluctant to advise employees on how to navigate the complexities of workplace romance. But even that reluctance is fading.

Employers using this approach require employees to self-disclose their workplace romance romantic with their peers. In a “Love Contract,” the employer asks the involved employees to openly declare the consensual nature of the relationship, agree to abide by the corporate sexual harassment policy, and promptly report to HR anything any change in the relationship that could have adverse consequences in the workplace.

This all looks prudent on the surface, but it’s not a one-size-fits-all solution.

We have to set personal boundaries for ourselves and not rely on corporate policies to think through and address all of the potential pitfalls.

There are 3 reliable consequences of affairs in the workplace:

Do You Need Coaching With a Workplace Romance?