The 2 Essential Core Skills in Achieving a Work-Life Balance

The 2 Essential Core Skills in Achieving a Work-Life Balance

Why is Balancing Work, Love, and Life So Hard? 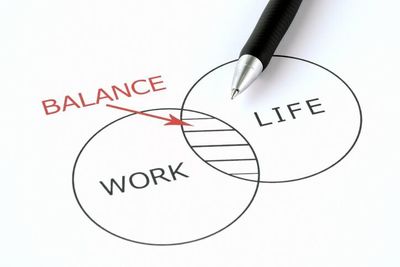 There are few topics in couples therapy more carefully researched than the elusive pursuit of a work-life balance.

A work-life balance is a harmonious blend of work and other life roles. It is a state of equilibrium in which the demands of your personal life, professional life, and family life are appropriately addressed.

At CTI, we often work with highly successful “C level” executives and business owners, and we are often asked to help them establish a better work-life balance.

This is because career stress is often transmitted from to spouses, impacting the emotional and physical well-being of both partners.

Work-life balance issues differ for men and women. Research tells us that women are more vulnerable to role overload and stress, while personality traits (i.e. what’s commonly described as Type A) in men often decide the impact that their work stress has on their home life.

“Power Couples” often struggle with who will exert more influence on family decisions, and accumulated resentments and controlling behavior are also common themes in couples therapy.

The Heyday of Work-Life balance research was the decade of the Go-Go 1980s and early ’90s. But we should approach this aging research with care.

Back then, researchers noticed that the transmission of occupational stress was highly gendered. For example, one study found that increased job stress in husbands was correlated with more anxiety and depression in their wives (Jones & Fletcher, 1992).

Another study of the same era (Dunne & Mullins, 1989), found that wives were more dysregulated on weekends than their husbands. Dunne and Mullins suggested that this was due in part to a vertical “transmission” of stress.

The less able you are to find a Work-Life balance, the lower your overall degree of marital satisfaction (Bedeian, Burke & Moffat, 1988). Work and family conflict is a greater predictor of marital stress than even parenting differences.

Work-Life balance struggles play out in 3 distinct domains; the intra-psychic, the inter-personal, and the corporate culture of embedded expectations. Research points to a number of familiar coping strategies (Gilbert & Holohan, 1982): 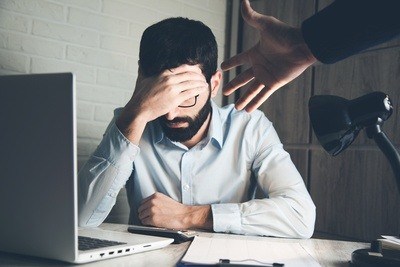 Couples who are more successful in achieving a work-life balance take a longer view.

They have a healthier differentiation from their respective corporate cultures and are more willing to exit work environments that are incompatible with their family roles and values.

A characteristic of couples that fail in achieving a work-life balance is that they are quick to blame their spouse rather than to empathize with them.

What Factors Impact Work-Life Balance the Most? 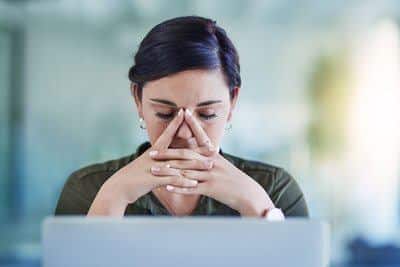 We’ve also known for quite a while that work-related separations erode the marital bond. An emotional dynamic of resentment and anger for the “abandoned” spouse and a feeling of guilt by the “departing” spouse is a common dynamic (Vormbrock, 1993).

The problem with this pre-internet work-life balance research is that while the emotional contexts are more or less unchanged, the work context is utterly transformed. For example, resentment for feeling “abandoned” no longer requires a partner’s physical absence. Your spouse today might be obliviously sitting across from you, utterly engrossed with texting a co-worker on their phone. Distraction and disconnection are the new threats to achieving a work-life balance.

What Has Changed in the Pursuit of Work-Life Balance? 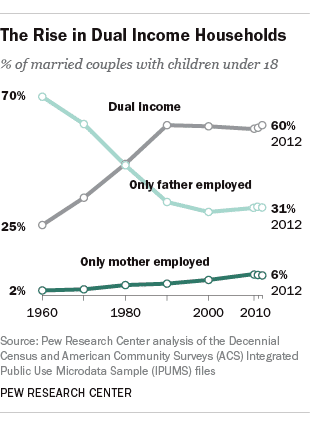 When one spouse is advancing quickly, and the other spouse is stalled, how does the power dynamic change? Back in the late 1980’s researchers were quick to notice that marriages in which wives were more successful than husbands were particularly vulnerable.

One of the challenges in revisiting this research from 30 years ago was the obvious gender bias. Researchers were far more interested in the lived experience of men than women.

For example, Burke & Greenglass (1987) reviewed the literature of dual-career couples at that time and concluded that a husband’s mental health may be adversely impacted by his wife’s career success and that this was most likely due to his feeling “inadequate.”

Parasuraman et.al, (1989) doubled down on this idea and suggested that men with working wives reported lower life and career satisfaction. However, a major study in the mid-90s (Wolcott & Glezer, 1995) suggested that a man’s life satisfaction was not at all correlated at all with whether or not his wife had a career. 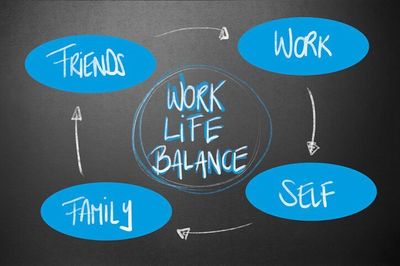 I hope we’re culturally past most of those sexist notions. As the Pew Research chart indicates, dual-income households skyrocketed during the 1980s, eventually becoming the stable norm it is today.

That’s why researchers of that era were so focused on understanding this phenomenon.

But today we live in a technology-rich environment that presents a different challenge.

For example, research on infidelity tells us that the more disparate the income, the more likely the marriage is to be impacted by infidelity. Workplace infidelity is the most common symptom of a severe work-life imbalance. 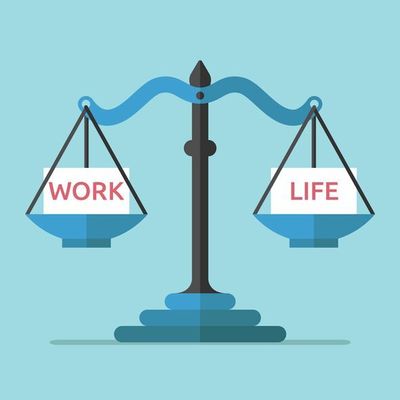 Achieving a work-life balance relies on being a good team.

The more a couple can reduce and externalize stress, clarify their values, and work together, the more likely they are to achieve a work-life balance.

Good couples therapy can help you achieve a healthy work-life balance.  The first thing that we will unpack is your style of marital conflict, and help you to acquire these 2 essential skills:

It’s a paradox that to achieve a work-life balance…sometimes you have to counter-balance. Let me explain what I mean. There may be times when one partner will require more accommodation and flexibility from the other in order to achieve a specific career goal.

Couples that function well as a team invest time and energy in one another, comfortable in the knowledge that the investment will at some future point be reciprocated. This “give and take” requires a high degree of trust, clearly defined goals and expectations, and excellent communication skills. Good couples therapy can help with that.

Need Some Help in Achieving a Work-Life Balance?