Constant Fighting in a Relationship

Why is conflict, (which is inescapable in our most intimate friendships) so inherently fraught with peril?

Why do so many marital fights go so wrong… so fast?

It is an axiom of Gottman Method Couples Therapy that the way a conversation begins is also the way that it ends.

If a spouse brings up a conflictual topic in a harsh, abrupt, and aggressive way, they subordinate their desires and ardent wishes for something better to the anger of the moment.

Why do we fight in relationships? It all begins with a harsh start-up.

It is also true that it’s not easy to bring up tough subjects. And spouses rarely use “I -statements” or describe a longed-for remedy to the issue. That’s why I love the word “instead.”

But harsh start-ups don’t contain a recipe for renewal. They are more typically blaming and critical. 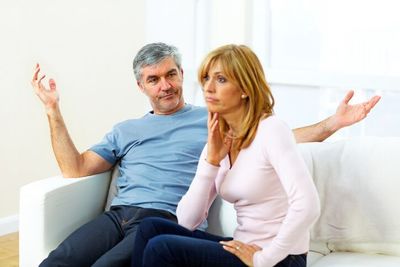 Gottman Method couples therapy tells us that a typical response to a harsh start-up is to be defensive.

Interestingly, even though we can all identify with feeling defensive, the spouse with the critical agenda is usually annoyed and equally uncurious about the shame or guilt that may lie underneath the defensive response.

They feel unheard and invalidated, and they press their argument even harder. This leads to defensive deafness, raised voices, and increasingly blunt rebuttals.

Then spouses start to interrupt each other. Neither feels validated because nobody is actually listening. Both partners scurry to take the high ground (Benjamin, 2004) as the more aggrieved partner.

Why do we fight in relationships? Because our reactive nervous systems are quicker than our new-fangled neocortex.

It’s interesting to note that the neocortex isn’t totally off-line. Couples are actually more ambivalent about how they are reacting than they let on.  But they become deaf to nuance and often miss repair attempts because they do not understand their critical importance. Even when they can see “the more…, the more” pattern of circular causation, provocative chestnuts fall from their lips such as “I have an easier time talking to you if to weren’t such a… ( fill in unfortunate expletive here).”

“All We Do is Argue…” The Roach Motel of Negative Reciprocity

As the argument escalates, both partners entered into a toxic state of negative reciprocity. This is not the same as an intense disagreement, which, although uncomfortable, might even be productive.

Both get louder, more aggressive, and more entrenched. Validation, acknowledgments, or empathy are impossible.

The argument has become a runaway train. And the debate has become somehow more symbolic, more essential than the original topic ever was.

The Collapse of the “Couple Space”

At this point, our couple can only see an enemy. The “couple space” has collapsed. It has been replaced by what researchers Pizer and Pizer (2006) describe as a knot. The couple at this degree of entrenched escalation is incapable of seeing one another as individuals with a different perspective. They have also typically reached the point where declaring a time-out is highly unlikely.

Their nervous systems have tricked them into believing that this is a life and death conflict, and they are becoming stuck in the roach motel for lovers. With High-Conflict couples the pattern is predictable; neither will withdraw. Neither will yield. And both want to prevail (Gottman, 2011).

At this point, negative reciprocity is well underway. Kitchen thinking and kitchen sinking expand the negative discussion to past offenses and character assassination. Researchers Jacobson and Christiansen, developers of the pre-Gottman Integrated Behavioral Couples Therapy Model, call this stage “vilification” (Jacobson & Christiansen, 1996). Gottman describes it as contempt, the most toxic of the Four Horsemen of marital conflict.

Couples therapist Dan Wile has been described by John Gottman as “a genius” and the “greatest living couples therapist.” When I trained with Dan back in 2014, it was like drinking from a fire hose.

Dan pointed out way back in 1993 that contempt involved criticizing behavior, feelings, character, and intent, all of which culminate in a globally negative interpretation of your partner. Dan is clear that criticizing intent is particularly hurtful because it is so cuttingly contemptuous, and assumes moral authority over an unworthy partner.

“My Husband and I Argue Everyday…” Why? Because the Partner in Our Head is So Strong…

When we escalate and feel utterly invalidated, existential grief kicks in.

We are acting just the way our spouse most fears that we will (Real, 2007).  Terry Real, another great thinker in contemporary couples therapy, calls this partner in your head a “core negative image.”

As Arthur Nielsen put it in his brilliant new book A Roadmap for Couples Therapy,” the woman who fears abandonment feels abandoned, the man who fears assaults on his competence feels assaulted.”

This feeling of being besieged by your beloved reinforces criticality and defensiveness. Partners with reasons to feel shame or guilt, feel it even more acutely and defend against it. 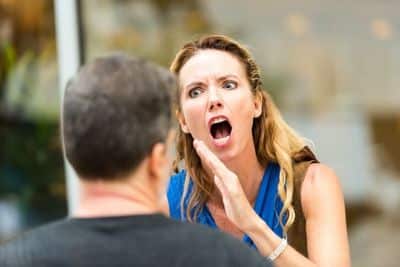 Contempt becomes a refuge because as Nielsen points out, “hurt people…hurt people.”

As these recurring cycles of escalation become entrenched habits, couples feel hopeless and doubtful about their future together.

Respect and goodwill erode to the nubs. Even self-respect and self-confidence take a hit. Nielsen reports that many of his clients indicate during their assessment that “I don’t like the way I am with my partner.”

Over time, Negative Sentiment Override becomes the norm. Escalating couples gradually develop a hair-trigger response to one another.

We fight in relationships because they matter.

As Gottman and Levinson (1999) point out, it doesn’t have to be this way. Couples can pierce the fog of war and perceive a crisis of meaning. They can take a deep breath and ask “What’s happening to us?”

They also can seek out science-based couples therapy to steady themselves and acquire new skills. Many couples upon successfully doing so, experience a new pride (Feldman, 1979) in their new-found resilience and fair-fighting skills.

And they can model this resilience for their children. And that is the real dividend and lasting legacy of good couples therapy.

Are You Ready for Good Couples Therapy?

Previous Post How to Rekindle a Marriage After a Baby Next Post Emotional Flooding, Externalization, and the Art of the Time Out