If you’re struggling with infidelity in your marriage you may want to know…what percentage of marriages survive infidelity?

What percentage of marriages survive infidelity? As bad as you may be hurting right now, most couples (60-80%) rebuild trust and leave couples therapy with their marriages in a much better place. 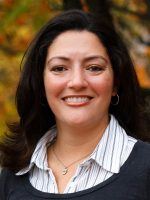 After sorting and weighing several sources of data, the destructive impact of infidelity accounts for somewhere between 20-40% of American divorces.

This is a finding by the renowned researchers Dr. Andrew Christensen and Dr. Rebeca Marin-Cordero, published in 2014 by the American Psychological Association.

This study, although small, attempted to monitor couples as they moved through time in their affair recovery.

Many couples ask this question because affair recovery can be difficult work.

But what they really want to know after their odds for surviving infidelity…is what role will couples therapy play in the affair recovery process?

How the Study was Designed

Before this important 2014 study, there was very little research on the effectiveness of couple therapy with couples struggling with infidelity. In this study, Marin-Cordero and Christensen carefully examined the clinical outcomes for 19 couples in affair recovery for 5 years.

These couples were assessed approximately every 6 months for 5 years after couples therapy. In this longitudinal study, the researchers focused on three possible outcomes: divorce, relationship satisfaction, and marital stability.

The couples who eventually divorced reported the highest level of marital instability. But interestingly, couples who remained married did not differ in their degree of marital stability (or satisfaction!) from couples who were not recovering from infidelity.

This finding alone strongly indicates what good couples therapist have always known, when you are working with motivated couples, affair recovery is not only possible...it’s even likely! 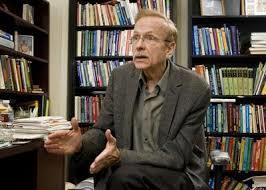 Marin-Cordero and Christensen also discovered that couples who remained married reported an increase in relationship satisfaction over time, regardless of whether or not they struggled with infidelity.

Some couples recovered from infidelity so completely that they continued to heal and repair over time to such an extent that they could not be distinguished from couples not struggling to rebuild trust after an affair.

And, of course, some couples did not improve. They could not rebuild trust and subsequently divorced.

What Percentage of Marriages Survive Infidelity? Let’s Look at the Stats…

Infidelity is a Powerful Stressor… 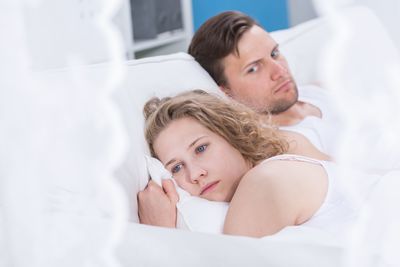 The points above are backed by some statistics.

One study has shown that about 21% of men cheat. Allegedly, women cheat at a lower rate at only 13% (according to data from a recent General Social Survey (GSS)).

There is no doubt that infidelity is a powerful marital stressor. But data on infidelity is all over the place, and some of the research is poorly designed.

The current consensus is that the rates of infidelity between men and women continue to balance out over time.

But Men who cheat have a better chance of remaining married than women in the same situation. Is this because men are less forgiving?

Don’t Expect to Do Better Next Time…

Ironically, your next marriage may not go better than your last one. When couples divorce over infidelity, there is a notoriously high rate of failure in future marriages. These are issues which “stack” on top of each other; trust issues, not committing to couples therapy early on, and struggling with a new blended family.

infidelity is also a pattern from your family of origin. Research shows that if you have been unfaithful once, you are (under certain circumstances) 3X more likely to be unfaithful again, compared to someone who has never cheated.

Most couples therapists report treating infidelity-based struggles during subsequent marriages. Sometimes at even higher rates than in first marriages.

Relationship satisfaction followed a somewhat similar pattern to relationship stability. Infidelity couples who remain together were indistinguishable from their chaste cohort of non-cheaters.

Marin-Cordero and Christensen found similar results to the earlier research by Atkins et al. (2010) and Gordon et al. (2004), in which the relationship satisfaction of couples working on rebuilding trust in couples therapy also reached a point of marital satisfaction equalling that of couples not in recovery from infidelity.

Numerous studies show the same stubborn fact. If your motivated to stay together after infidelity, the odds are in your favor for a healthy recovery. 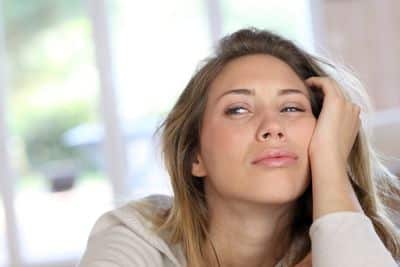 A Positive Cycle of Continuous Improvement

Perhaps the greatest takeaway from this study is that for many of these couples, marital satisfaction steadily improved over time, well beyond the end of their couples therapy.

Clearly whatever benefits couples therapy provided …it was way more than just a temporary fix. The benefits were measurable and long-lasting.

Couples who work through the infidelity in couples therapy had achieved and maintained significant gains in recovery years later.

Or Not?…The Science of Discovery Vs. Disclosure?

The question is how can a couple maximize their chances for a solid affair recovery?

Most couples therapists know the math of infidelity.

At least 20%, and perhaps as many as 40% of couples processing infidelity in couples therapy will break up.

But there are other critical variables; disclosure vs. discovery, the relative motivation of each spouse, type of infidelity (First time? Serial infidelity? Emotional? Sexual? Gender of the involved partner, length of the affair? Identity of the affair partner? Did the involved partner come clean quickly and completely…or were the disclosures dribbled out reluctantly?

There are also many decisional points along the way that can also impact your odds of recovery. But, all things being equal, if you’re both motivated to heal and recover, the odds are 60-80% that you will.

What Percentage of Marriages Survive Infidelity?… Some Final Thoughts.

Infidelity is a serious test for marriage, and although many couples divorce over it, most couples do not.

Infidelity is heartbreaking and devastating. But it doesn’t have to mean the end of your marriage.

The research suggests that your eventual marital happiness may equal or exceed that of couples who never shared your struggle. You can recover and become stronger than ever before.

Want to know more? Ask us about a clinical assessment and Online Affair Recovery today.

Sevier, M., Atkins, D. H., Doss, B. D., & Christensen, A. (2015).  Up and down or down and up? The process of change in constructive couple behavior during traditional and integrative behavioral couple therapy.  Journal of Marital and Family Therapy, 41, 113–127.