The Teachings of a WWII Rabbi: & Teaching Us About Couples

Rabbi Kalisch and Rabbi Shatzkes had a serious dilemma. The Nazis were pressing their allies for a global “final solution” to the Jewish problem. Six months earlier, Japan had participated in the Wannsee Conference, where the idea of a genocidal “final solution” became not just German policy, but Axis policy as well.

Germany peppered Japan after the conference with ideas to eliminate their Jewish population. Mass drownings at sea and medical experimentation were only two of the many ideas on the table.

The Japanese politely considered all of these policies but managed to passive-aggressively resist mistreating its Jewish population for the rest of the war. Why did Japan risk its alliance with Germany by not going along? 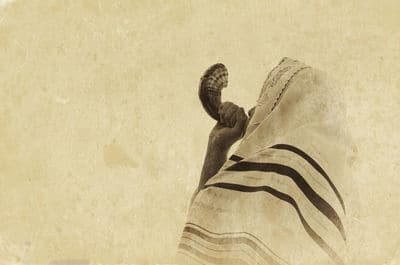 The Butcher of Warsaw Goes to Japan

It fell to Josef Meisinger, a notorious Gestapo Colonel who was known as the “Butcher of Warsaw” to take the long trip to Tokyo to press for a Japanese “final solution.”

As soon as he arrived in April 1941, Meisinger presented a detailed plan which he expressed willingness to personally supervise, freeing up the Japanese to focus on more important issues.

The Japanese listened but demurred to delegate the “solution” to Meisinger. The reason they sent Meisinger packing was that they had already decided not to comply months before. But why?

Six months earlier, the Japanese High Command detained two prominent Rabbis. Reb Shimon Kalisch was the older of the two. The other rabbi, Reb Moses Shatzkes, was a well known Talmudic scholar. As the two entered the interrogation room with their translators, they knew the survival of 26,000 souls were in their hands.

The Japanese High Command and the Rabbis were an odd couple.

The Japanese Tribunal did not beat around the bush.They sternly demanded,“Why do our allies the Nazis hate you so much? Why should we defy them?.

Reb Shatzkes wrestled with the social, political, and historical implications of the question..and remained silent.

But Reb Kalisch had a ready answer. Even though it fell to him to defend the 26,000 Jews of Shanghai, he was not defensive.

Reb Kalisch said calmly and with full conviction, “Because we are Asian like you.”

Dr. Robert Cialdini, who recounts this story in his brilliant new book Presuasion, ( yup, I spelled it right) says in over 30 years of research, it is the most remarkable example of persuasive communication that he has ever encountered. 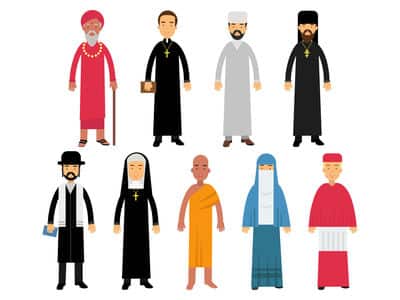 The Brilliant Reframe of Rabbi Kalisch

The Rabbi shifted the focus of the Japanese High Command. Their focus was on maintaining the integrity of a wartime alliance, but the Rabbi was suggesting something more powerful.

Both the Japanese and the Jews were both permanently excluded from the Nazi ideal of the “Master Race.”

And it could never be argued that they did not have that in common. Even after the war.

It is reported that some of the Japanese actually smiled at Rabbi Kalisch’s trenchant observation. A recess was abruptly called. When the High Command returned, the most senior official rose and confronted the two rabbis.

“Go back to your people. Tell them that we will provide for their safety and peace. You have nothing to fear from us while you are in Japanese territory.” True Story. 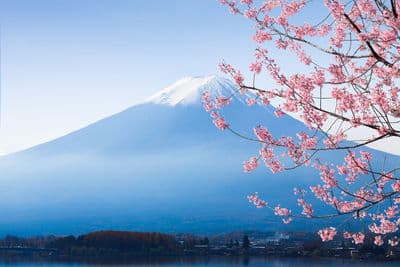 Rabbi Kalisch appealed to an unchanging fact of identity…a sense of “we-ness.”

Being together in a family, class, or cultural matrix is powerful. And so is the recognition of “you and me against the world.”

We can come together as members, and in some cases like this, even as non-members.

But an abiding sense of “we-ness” lends durability and resilience in tough times. This can come from a religious, cultural, regional, or family identity (i.e., We MacKenzie’s don’t divorce without doing everything possible to prevent it).

In other words, Rabbi Kalisch’s reframed the question and hinted at a way of looking at the problem. He pointed out that because both the Japanese and the Jews were excluded from the “Master Race” this became a perpetual problem that would have to be managed by both of them.

A Sense of We-ness is a Visceral, Gut Feeling

Another aspect of Rabbi Kalisch’s response is that is he went towards the visceral and away from the intellectual. He knew that a “gut” decision by the High Command would be better than an intellectual consideration.

He was careful enough to notice the implications of the Generative Question “Why should we defy them?” And he took the question seriously. He didn’t allow his nervous system to hear the question as merely rhetorical.

It was a Generative Question. And Rabbi Kalisch’s 6-word answer saved and secured 26,000 lives.

He was persuasive because even in the face of what might reasonably be an annihilating enemy, he remained curious enough to find the common ground required to answer that question.

Finding an implicit, common ground it seems, is what the Japanese High Command had explicitly requested. Despite the fact that he was under enormous stress, he leaned into the High Command and answered their question by enveloping all those who were present at the tribunal in an envelope of “we-ness.” A brilliant, succinct, and powerful argument that was ultimately more than successful.

Not only had the Reb assured that the Jews of Shanghai would remain unmolested, but he was also proffered a guarantee of safety from the Japanese High Command.

Do You Need Clarity in Your Marriage?

Hiraeth…Timshel…and the Wolf You Feed