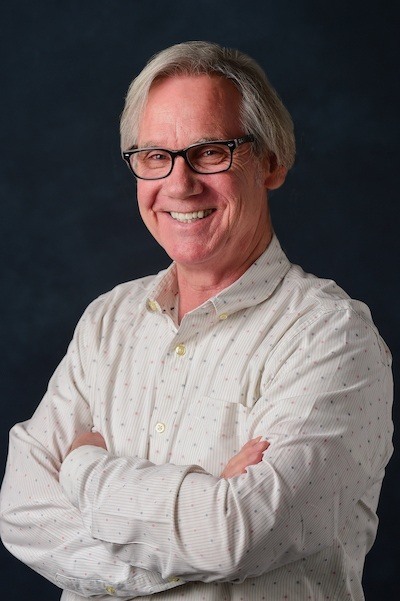 Tim is a Gottman Certified Therapist and a Licensed Social Worker with extensive training in substance abuse treatment.

Schedule Your Intensive Marriage Retreat Online Now and Save $100!

​Attend a Marriage Retreat in B​altimore, Maryland*
*due to COVID-19, we have suspended all in-person retreats until further notice.
​
​Now offering online marriage retreats, coaching and online therapy

Want to attend a Couples Retreat in ​Baltimore, Maryland?
​Contact us. We'll notify you as soon as we resume in-person retreats.

​Special note: Tim's wife, Dr. Marianne Cloeren, is an Occupational Medicine physician who is busy working to protect health care workers from COVID-19. Her expertise involves personal protective equipment (PPE) for health care workers on the front lines and developing programs to track exposures so her system can identify and control risk of transmission. Like most health care workers ​these days, she's working long into the night ​on problems related to this dangerous virus. He is incredibly proud of her and the work she is doing in the face of this unprecedented ​threat.

I view working with couples as having a ripple effect on all other relationships including children, extended family and so on. A good example of this is addiction and seeing how relationships on various levels are impacted. The first casualty in substance abuse/addiction are relationships.

Because a couple is the fulcrum from which other relationships bud and blossom, nurturing the couple is a way to nurture the nurturers.

It is not the absence of problems that concerns me but how we manage them. Relationships are bound to have problems and conflict; I want my couples to have better conversations about them. Problems are a part of life; however, couples can end up fighting themselves instead of fighting the problems. I offer a space for couples to understand each other, which is especially important today in the 24/7 environment that we live in today. The world distracts us and prevents us from looking at each other. 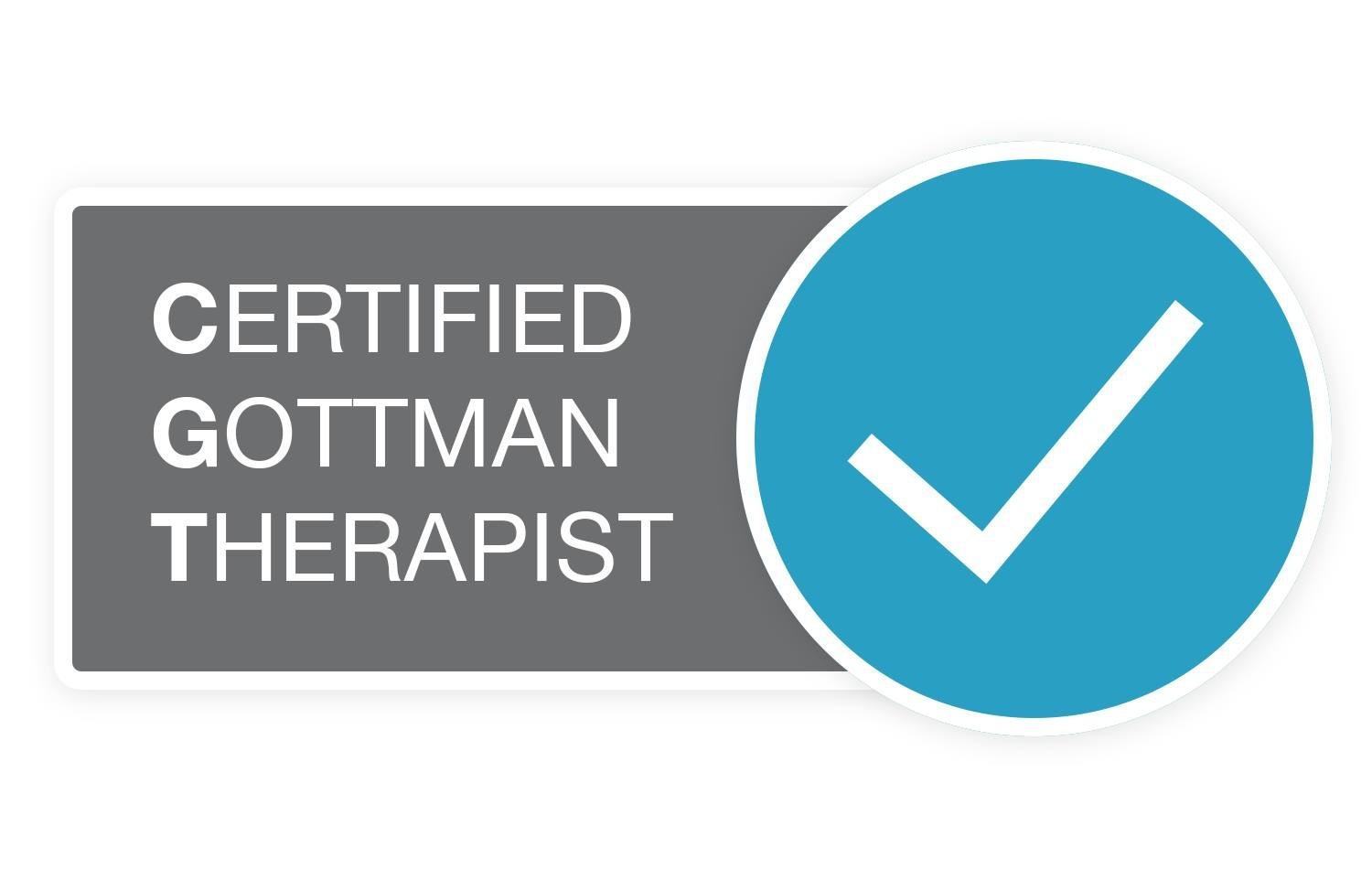 "In general, most couples are not concerned about the theory. They just want the couples therapy to be effective. In a crisis people aren't looking for just dialog. They want someone who can understand their problems quickly and give clear direction."

My wife will tell you there isn’t a job I haven’t had, and this was true when I was younger. That was before I fell in love with cooking and became a professional cook/chef after my travels to Europe. It started by my working in a small restaurant/hotel outside of Interlaken, Switzerland as an apprentice.

I have worked in both the French and Berner Oberland region of Switzerland as well a short stint in England. After I returned to the states, after marrying in 1985, I continued working as a chef in DC, Ocean City, MD and Baltimore.

A remnant from my years as a chef is that I’m obsessive about a clean kitchen and stove. If someone else cooks, will follow up and clean the stove again a just little bit more until it shines.

Anyone who as worked as a chef can tell you that the hours take a toll on a relationship and at the time, I had two young children.

I began searching for something else, and this brought me to the world of mental health. I finished up my BA in my waning days of cooking and then enrolled in the school of Social Work. I've worked in a variety of mental health settings over the years e.g., halfway houses, mental health worker in psychiatric hospital.

Now I work with a variety of couples. Because of my substance abuse background, many people refer couples where substance issue impacts the relationship; I also see couples in recovery post rehab, same sex couples, and couples impacted by infidelity.

In some ways, alcohol abuse and infidelity are related issues. There are elements of trauma and betrayal in both. I tell couples that I know a way to address these issues. I can ride the wave of their experience by providing them an anchor on how to talk about these problems.

I take particular satisfaction in working with couples repairing their relationship from the abyss. These couples are on/off the edge and when one makes a shift, the other responds. They want the support and will blaze a new trail with the right help.

I often tell couples if I do anything, it is only to tie together their hard work. It is a maxim that I believe to be true.

The only criteria I tell a couple I need to do my work is their desire to repair the relationship.

I like just about anything that is active. I go to the gym about 2 to 4 times a week and I enjoy group fitness classes as well as work with a trainer about once a week.

Skiing, working out, scuba diving and riding motorcycles. My wife and I enjoy living near the water, and we enjoy cooking and entertaining.

As much as I like the gear associated with my hobbies, it can be costly. And they are hard to do without planning ahead, not something I can do regularly on a whim.

Skiing ranks the highest. I find the cold invigorating and still have the ability (though not as well as before) to ski down mountains. Some of my children and son-in-law share this appreciation and so I like to think it something I have passed down.

Scuba diving ranks high but with some hearing loss I have to be careful.

I play on a softball team that has been playing together for 32 years though I have come and gone ​as a team member.

The Gottman Institute
-Level I and level II Presenter

My office is in a quiet bucolic office area of Baltimore called Greenspring Station. The building is comprised of individual suites.

There are several restaurants within a five-minute walk, and hotels close by in Towson. It is an easy ride from the popular area called Harbor East right on the water. It's  about a 15-minute drive.

My office is inviting and warm and it often has fresh flowers. My walls are filled with artwork my wife Marianne has made especially for my office, along with cozy sofa and love seat. I spend a lot of time there, so I want it to reflect who I am and so my clients feel that they know me.

Baltimore is postindustrial city that is formed by many different neighborhoods. Baltimore’s unsung hero is its diverse architectural designs such Peabody Library or the Bromo Seltzer tower. It is a city where there is high concentration of distressed-impoverished neighborhoods and neighborhoods that are more resourced. Now many areas have been revitalized to bring people back into the city.

It is centrally located and easy to reach, at the intersection of 695 and 83. Parking is ample and free. There are restaurants within walking distance as well as several hotels within a 5-mile radius. There are also numerous shops, some tourist attractions and restaurants that are popular.

I'm one of 8 children. My mother was an interesting and resilient woman who maintained a fairly positive outlook on life. She received a degree in biology in the early 1930s and never used it until she became a single parent back when I was 8 years old. Even after becoming a teacher, her focus was always on her children.

Earlier in her life, my mother was in the first formal ballet company in Baltimore. She, along with her best friend, Vera Hax, were offered the chance to dance in Paris, France for a year.  Vera did go to France, however, my grandmother told my mother that this was something young women just did not do.  She and Vera remained friends their entire lives.

I see myself as easy going, approachable and friendly. I am loyal and tenacious and I stick with things once I get started. I always think there is more to learn, and I like having a goal or working towards something.

I also take feedback well, because I believe people have insights to offer...ones that I can’t always see on my own and I'm curious. I can be witty. I love a good story or joke. And I can diffuse a difficult situation with humor and by remaining fairly calm.

I am straight-forward, but not in a bombastic way.  I can be impatient, however.  I can just seem too "on point" at times. However, this can be useful in getting to the core of something.

My wife calls me the "flower whisperer." I can extend the life of a bunch of flowers longer than anyone. I buy fresh flowers every week for our home and when I remember for my office.

I speak German and Spanish and often I go to this small restaurant with Spanish speaking employees just to chat a little in Spanish.

I love reading books, especially the feel of them; I won’t read a book online. It is hard to part with books and I don’t like when people dog ear their pages.

Every Friday my wife and I go out to dinner, something I look forward to. Occasionally, we also enjoy vegetating and bingeing on a series such as recent Netflix series called You and The Crown.

I also enjoy reading spy novels especially, but I don’t read for pleasure as much as I used to. My daughter and husband live close by and we see them often especially now since becoming grandparents last year.