The Challenges of Thought-Stopping

What is Thought-Stopping? In an earlier post, I have discussed the idea that obsession and rumination by a hurt partner are the first major stumbling blocks to affair recovery. For Hurt Partners to heal, they must regain control of their thoughts. Many clients ask if Thought-Stopping techniques work.

It’s a challenge to overcome intrusive thoughts, and it’s normal for hurt partners to dwell on their attachment injury. In this post, I hope to offer hurt partners a few Thought-Stopping techniques to bringing obsessive rumination under conscious control.

Modern Thought-Stopping techniques have roots in Cognitive-Behavioral Therapy. However, Thought-Stopping is also an ancient method of self-management. It is a well-known mental exercise in both the East and the West, specifically, ancient Greek and Roman Stoic philosophy, and Buddhism. Ancient philosophers invite you to notice your thoughts and the degree to which you indulge them.

The principles behind Thought-Stopping are deceptively simple. The Hurt Partner interrupts obsessive thoughts with a “stop” command which serves both as a distraction and a prompt. 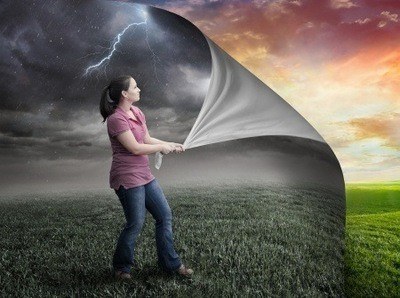 Research on Hurt Partners tells us that obsessive thoughts tend to ruminate or repeat in their minds for an average of 18 to 24 months after the disclosure of an affair. Therapists help Hurt Partners deal with an increasing cascade of disturbing dark thoughts.

By employing the techniques of Thought-Stopping, Hurt Partners may become more aware of distressing thought chains and learn to divert their attention away from thoughts that negatively trigger their nervous systems.

One of the essential benefits of Thought-Stopping to a Hurt Partner is restoring a sense of control.

Thought-Stopping employs a sense of contrast and substitution. It is not enough to stop triggering thoughts; they must also install healthy ideas to replace them. This growing sense of agency helps Hurt Partners to acquire a more conscious appreciation for their ability to engage in thought processes that might at first seem beyond their control. But does Thought-Stopping work?

Here are the conventional ideas you may have heard about Thought-Stopping. Then I will discuss how scientific research has debunked some of these ideas and introduced some new and better ones.

To curb toxic thoughts, focus on negative thinking and then shout, “Stop!” to interrupt the idea. At first, you will shout the word “Stop!” out loud. The importance of this is to tell your nervous system that there is a new sheriff in town.

imagine a bright red stop sign in your mind instead. Let’s break a Thought-Stopping ritual down step by step:

What Are Your Most Toxic Thoughts? What are the unwelcome ruminations that trance you out and distract you from your daily routine?  At first, you may believe you are powerless over them. You want them to stop, but they keep occurring at will. Take a toxic thought inventory. Map them.

Write Down These Toxic Thoughts. Start With the First As The Worst.  How many distinct toxic thoughts did you come up with? List them in order of intensity, and start with the ones on the bottom that you consider to be the least intense. We need to get some “wins” under your belt. 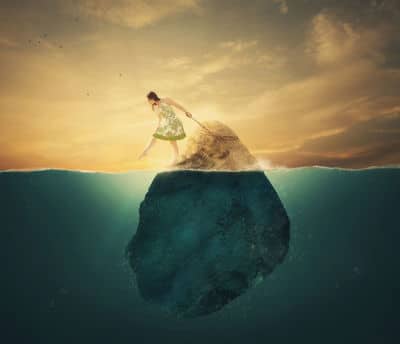 Imagine the Toxic Thought. For your first attempt, lie down in your bedroom (assuming it is not a triggering setting). Breathe deeply and relax. Close your eyes. At first, remember a time when you had this particular toxic thought. Then gradually allow the thought to fill your awareness.

Stop The Thought.  As I mentioned earlier, interrupting your patterned thinking is how you interrupt a toxic thought.

It’s helpful to mix it up when you are Thought-Stopping. Learn to do it in a variety of ways. And stop any efforts that make you feel more anxious or depressed.

The Controversy Around Thought Stopping

Thought-Stopping has become somewhat controversial. One of the reasons is that we now understand the phenomena of rumination in a more sophisticated way.

Apparently, despite the fact that the idea of Thought-Stopping has been with us for thousands of years, some researchers have discovered that particularly for patients with mental illness and substance abuse issues, telling them to challenge their intrusive thoughts is not only ineffective, it may also be harmful.

Another issue is that some clients assume too much responsibility for their intrusive thoughts. This may cause them to rebound with even greater force. If your attempt at Thought-Stopping has heightened your negative thinking, it’s best to stop the Thought-Stopping techniques that you have been using up to that point and discuss other options with your therapist.

Research by Dr. Daniel Wegner at Harvard on “white bears and other unwanted thoughts” shows that trying not to think a thought may lead to it returning with a vengeance like a boomerang in some cases.

The Special Problem of Thought-Stopping for Women and Teens 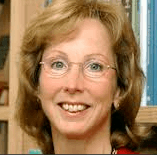 Other research by Yale psychologists Ameli Aldao and Susan Nolen-Hoeksema suggested that for some people Thought-Stopping can actually increase anxiety and depression.

Susan Nolen-Hoeksema was chair of Yale’s Department of Psychology. She was a renowned scholar, teacher, mentor, and academic leader. Susan was recognized internationally for her work on how people regulate emotions and how maladaptive thinking can aggravate emotional problems, especially depression. She had a particular interest in the Thought-Stopping battles of women and adolescents.

Rumination Reduces our Ability to Accept Help From Others

Dr. Hoeksema did groundbreaking research on rumination, which is the tendency to focus on the causes and consequences of problems, rather than using thought to confront and solve problems. Her research discovered that rumination not only interferes with the capacity to solve problems, it also reduces our ability to accept help from other people who care about us.

Susan Nolen-Hoeksema was an important researcher. Her work on rumination was essential to our current understanding of the power of human thought. These researchers point out that thoughts are not inanimate objects that we can act upon with intention, and sometimes persistent efforts toward Thought-Stopping could be harmful.

Unfortunately, both Susan Nolen-Hoeksema and Daniel Wegner passed away in 2013.

Has Research Found Something Better than Thought-Stopping?

“Try to pose for yourself this task: not to think of a polar bear, and you will see that the cursed thing will come to mind every minute.” Fyodor Dostoyevsky. 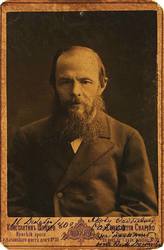 Dr. Daniel Wegner was a pioneering social psychologist. Has was fascinated with Dostoyevsky’s quote about the white bears and decided in the late 1980s to rigorously study the idea of Thought-Stopping.

His ground-breaking research was published in the Journal of Personality and Social Psychology in 1987 and marked the beginning of new, science-based understanding on how to manage intrusive thoughts.

Dr. Wegner developed a new theory of “ironic processes” that explained why Thought-Stopping was so difficult. Wegner learned that when we try not to experience a specific thought, the dutiful part of our mind does successfully manage to stop the unwanted thought.

Still, another part of our mind periodically “checks in” on a regular basis to see how good a job we’re doing stopping the thought… and in the process, ironically, bringing the thought back up all over again.

After publishing his findings in 1987, Wegner devoted the remaining twenty-six years of his life to figuring out the “best practices” for dealing with unwanted thoughts. Since his death in 2013, Dr. Wegner’s research has transformed how therapists think about Thought-Stopping. Here’s what he came up with:

Thought-Stopping is a very broad topic. And I want to be clear that I am focused on a very particular kind of rumination; the intrusive thoughts that afflict Hurt Partners recovering from infidelity.

Get Help With Your Intrusive Thoughts Today

Wegner, D. M. (1989). White bears and other unwanted thoughts: Suppression, obsession, and the psychology of mental control. New York: Penguin. This is the book he wrote about his ground-breaking critique of Thought-Stopping. Wegner had a funny, accessible style of writing that has had a strong influence on how scientists write for the general public.