The Problem With an Online Toxic Relationship Quiz -

The Problem With an Online Toxic Relationship Quiz

The Problem With a Toxic Relationship Quiz

Unfortunately, when it comes to asking about the most prevalent toxic relationship pattern that impacts the most number of marriages…they’re way off base.

Here are a few sample questions that you might typically see on the average internet toxic relationship quiz:

Does the Typical Toxic Relationship Quiz Hyper-focus on Abuse?

You get the picture. It all goes back to how we choose to define the word “toxic” in the context of a “toxic relationship quiz.”

Certainly, the above questions suggest a relationship that is “deadly, dangerous and injurious.”

Spouses in these unusually dangerous and emotionally abusive relationships certainly can benefit from taking a step back and asking excellent questions like these.

However, when we’re talking about the most common toxic relationship patterns, these questions miss the mark completely.

But another more nuanced definition of the word “toxic” is emerging. It appears when describing certain kinds of financial obligations, and it seems more accurate in describing the most common toxic relationship pattern that science has detected.

Unlike violent or emotionally abusive relationships, the most toxic relationship pattern is quite ordinary and incredibly familiar and is seen by couples therapists on a daily basis.

It is where one spouse makes criticisms, complaints, and bids for attention, while the other partner withdraws, or stonewalls into utter silence.

The toxic ‘demand-withdraw’ pattern is a familiar problem of modern marriages.

In fact, it is so common that Emotionally-Focused Couples Therapy is essentially built almost entirely around this single idea.

They call it the “Demon Dance.” EFT also more formally calls it the pursuer-withdrawer ( or pursuer-distancer) cycle. Same difference really.

Gottman points this out this same ‘demand-withdraw’  dynamic in his “Four Horsemen of the Apocalypse” metaphor. He calls it Attack-Defend, and he includes shutting down by stonewalling as one of the four horsemen.

Research has shown that the spouse who most often makes demands is the wife and the withdrawing partner is most typically the husband, although there are exceptions.

Here is a better toxic relationship quiz which identifies the demand-withdraw cycle that might be present in your marriage:

The Importance of Gender Differences

The best way of dealing with this pattern is by validating and accepting your spouse’s different point of view. Couples learn a new set of communication skills to change their demand-withdraw pattern during our science-based couples therapy intensives. 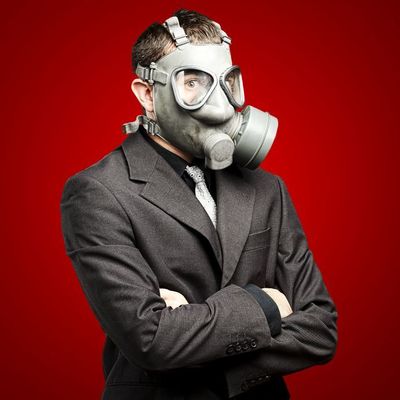 Research shows that husbands most often would do well to calm themselves down and try to listen and understand their wives.

Instead of stonewalling and withdrawing from an unpleasant conversation, men should learn how to hear less defensively and accept some degree of responsibility.

Hear her out. Don’t interrupt or become defensive.

On the other hand, most wives would find their husbands more receptive if they curbed their negative, harsh start-ups and critical stance.

Use a softened start-up with your husband. Strive for influence and collaboration.

See the problem as between the two of you, and not within your spouse. Wives should concentrate on reducing the degree of hostility and negativity in how they bring issues to the table.

Negativity and harsh criticism have a withering effect on men. They tend to shut down and withdraw. The typical online toxic relationship quiz focuses on violent or abusive behaviors instead.

When both partners can communicate problems and feel they understand each other, their marital satisfaction is higher. Excellent communication is a skill set. It’s a teachable set of good habits that can last a lifetime.

Demand-Withdraw is the Most Toxic Relationship Pattern

The importance of the demand-withdraw toxic relationship pattern was confirmed by a recent study of 53 married couples.

The study’s authors explain their results:

“The demand/withdrawal interaction pattern significantly decreases both spouses’ perception that they are understood. An issue that one spouse sees as important and in need of discussion is not simply met with dissent, it is met with indifference.

The issue-pursuing spouse is left to feel as though his or her vision of what is important, real, and valid is dismissed as insignificant.”

The issue for men may also involve feeling shame. The Study authors continue:

“First, people tend to be attracted to those who verify their self-image. Second, those who are skilled in maintaining their partner’s desired identity are rewarding relationship partners. Third, the expectation that partners will accept and understand each other is a defining characteristic of intimate relationships

Finally, trust develops in close relationships, in part, as a result of mutual verification of partners’ identities…”

This all comes down to the essential antidote to ‘demand-withdraw,’ and that’s validation.

Validation in marriage is closely related to the notion of respect in marriage. It’s the firm recognition or affirmation that your spouse’s feelings or opinions are valid or worthwhile…that they are valid and worthwhile.

That’s the essential idea behind taking a critical comment “personally.”
The most toxic relationship pattern is an everyday, habitual assault on the personhood of your partner.

The most useful toxic relationship quiz will ask about how difficult topics are brought up and whether or not both spouses feel heard, understood, and validated.

Detox From Bad Communication with a Science-Based Couples Coaching.