The Growth of Online Dating

Online dating is only the most recent iteration of technology-assisted romance.

The relationship between technology and dating goes way back to 1959 when two students at Stanford created a class project for the “Happy Families Planning Services.”

They used a punch card questionnaire and an IBM 650 mainframe computer and matched 49 men to 49 women.

Six years later, in 1965, two Harvard students used a questionnaire and an IBM 1401 to match students based on their similarities.

They Called it “Operation Match.Millions of daters in the 1960s paid $3.00 each to fill out a questionnaire to find a suitable love match.

By 1995, the internet was the next big thing, and within a few years, the online dating sites that we recognize today were up and running. Social media such as Facebook, video conferencing, and the Smartphone were also force-multipliers in wiring us for love to a world of potential partners. Before long, the proxemics of partnering was completely transformed by online romance.

A Quarter Century of Online Dating

Over the past 25 years or so, online dating has been criticized for lots of things. The most popular complaint is that it has debased the mystery of romance by offering too much choice—and too much temptation to continually pursue someone “better.”

Recently researchers have been studying the social impact of a quarter-century of online dating, and once again, the “common sense”concerns about online dating have been wrong.

Online romance has become normalized. In 2013, the Pew Research Center determined that about 38% of all Americans either know someone who uses online dating or met their spouse or intimate partner through online dating. Three years later, in 2016, a follow-up study saw that 38% rise to 50%.

Interestingly enough, the Pew research also included a younger demographic of people from the ages 18 to 24, who arguably have the greatest opportunity of interacting with a potential partner in person.

University of Chicago researchers discovered that more than 33% of U.S. marriages between 2005 and 2012 started online—and that couples who first met online tend to have longer, happier marriages.

The Chicago study was a huge one, with nearly 20,000 study subjects. it was published in 2013 in the prestigious Proceedings of the National Academy of Science.

The surprising takeaway from this study was that the “relationship quality” of couples who met online was higher—and their rate of separation or divorce lower than for couples who meet offline.

But here is perhaps the most exciting finding, The rate of divorce for couples who met their spouse online was a whopping 25% lower than for those who met offline.

Why Does Online Dating Lead to More Successful Marriages? 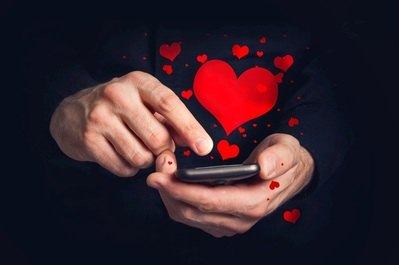 The research indicates that a wider array of choices encourages online daters to be more discriminating.

But how does being more selective translate into more successful marriages?

Some of the same neurological processes researchers found in online infidelity also have a role in online dating.

It elicits a deeper degree of self-disclosure.

Researchers at Cornell University exposed 85 opposite-sex participants to an in-person exchange, an online exchange with video chat, or a text-only exchange. They discovered that the text-only couples wrote more statements of affection than either of the other groups and were typically more comfortable sharing intimate information about themselves.

The Link Between Online Romance and Mature Self-Definition

I’m going to go out on a limb here and speculate on the implications of this research.

I think that one of the reasons people who meet online are more likely to connect emotionally is because of the sifting process itself. Selecting who engage with, and when to demur requires a greater degree of self-knowledge.

In successful online romance, goals, values, and life aspirations are front and center. A sense of personal expansion is an essential element of falling in love.

A deeper effort is made to explore one’s self as well as the attractive other. Online romance compels us to self-author our aspirations. This also reminds me of the research on long-distance relationships (where partners may or may not have initially met online).

How do the most successful long-distance relationships work? These couples don’t engage in idle chit chat. They talk about their feelings. They know that they can’t physically touch, so they reach out emotionally instead.

They mostly talk about the important things; feelings, aspirations, values; the kinds of topics which typically are not discussed early on when couples are initially dialoguing with one another eye to eye.

Discussing values and aspirations is also a key reason why pre-marital counseling reduces the likelihood of divorce by 30%.

Online dating invites you to reflect, relate, and go on record about what is most personally meaningful. And in turn, to seek the same degree of personal information from others. In other words, successful online romance is, most often, a series of Generative Conversations. 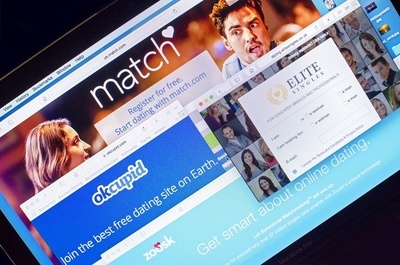 Online Romance has liberated us from the girl/boy next door.

There was a time when proximity was destiny. But online dating has opened the floodgates of potential partners.

The researchers also reported that people who meet online are more likely to be compatible precisely because they’re matching with partners they might have otherwise been overlooked or unavailable. The researchers cited for example that a rising rate of interracial marriages coincided with the launch of Tinder, OkCupid, and Match.com.

It’s not that online romance is sifting through potential partners in pursuit of perfection. It’s quite the opposite. Many online daters don’t relax their preferences as much as they refine them. Online daters are more than 30% more likely to commit than their offline counterparts.

There is real science behind an online romance — sociologist Jess Carbino conducting studies to understand why and how people used online dating apps.

Dr. Jess, as she is fondly referred to, served as Sociologist for Tinder and Bumble, leading research for each of the two companies. She regularly analyzes user data to align social needs with product and user experience. She has conducted hundreds of focus groups and analyzed countless online profiles.

“I found that people who dated online were far more likely to commit than their offline counterparts, not in spite of what else was available but because of what else was available,” said Ms. Carbino. “Unlike most offline daters, they could actually visualize the market. They knew what’s out there, and they knew who they’re matching with and who they’re not.” Dr. Jess Carbino.

I suspect that the reason that 1 in 3 relationships today begin online is not only because it liberates us from the restricted choice of the “girl or boy next door.”

More importantly, the process of online dating provides a safe and serious space for self-exploration and self-disclosure. Online romance sustains the most essential elements of intimacy, as well as an expectation that an attractive other will do likewise as well.

And the quality of the relationships which emerge from these Generative Conversations is both more resilient and durable because it is more deeply grounded in values and aspirations than the superficial world of the bar scene.

Is Your Marriage Falling Apart During this Global Pandemic?