The polyamory meme has finally attracted some serious research. But perhaps, we should define what I mean by the “Polyamory Meme.” 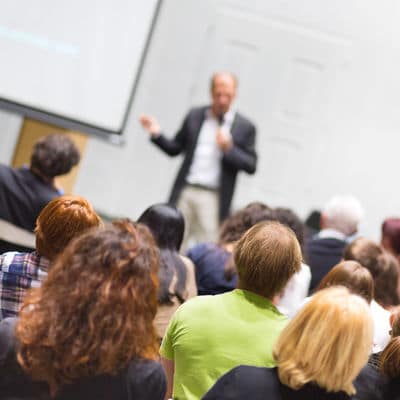 According to Wikipedia, a meme is an idea, behavior, or style that spreads from person to person within a culture—often with the aim of conveying a particular phenomenon, theme, or meaning represented by the meme.

And boy, is polyamory a profoundly robust meme.

A polyamorous relationship typically describes a primary partner (they usually live with this person who is often their spouse and the co-parent of their children if they have any) and also, with the open consent of that person, a secondary romantic partner.

Relationships with secondary partners tend to last for at least a few years, allowing for some degree of nurturance, as well as sex.

The polyamory meme has been discussed in such diverse publications as  Time Magazine and Rolling Stone.

And some therapists love to talk about polyamory as well.

I remember a few years ago,  I attended a conference. We attended a standing-room-only breakout meeting with a newbie thought leader who promised to present new “research” about polyamory.

The therapist (who will mercifully remain nameless) quickly explained what profoundly significant cultural shift polyamory relationships represent, and how we all needed to learn how to work with these clients. However, I was disappointed to learn that our intrepid presenter had no real hard research.

“I didn’t have time to do any research”, they explained dismissively, “but I’ve been working in this community, and I want to tell you about how resilient these clients are. Don’t let anyone tell you that polyamory relationships are fragile! They certainly are not! I can tell you that in my extensive experience these relationships can last as long as… 7 years!”

That was about 5 years ago, and we still don’t have any significant amount of objective research about the polyamory meme.

We do know is that poly couples really delve into emotions, and talk about them resiliently.

Since then, I’ve been waiting for some time for reliable research about the polyamory relationship…and finally, a research team has come forward with claims to have conducted some high-quality empirical research.

The Polyamory Meme and the Pursuit of Passion 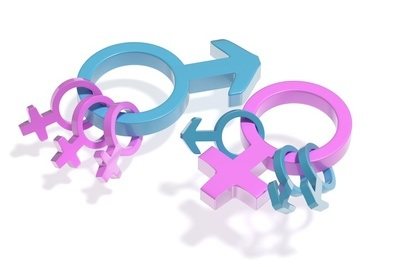 We all know that the intensity of a new love doesn’t last.

The feeling of being in love changes over time. Early romantic attachment soon shifts from a flame to an ember.

Evolutionary biologists tell us that this romantic heat provides partners with the proxemics and the time to develop a secure attachment.

This mature reliable attachment is exactly what’s required for raising a family, but it’s a buzz-kill for sustaining limerence.

The researchers measured two constellations of ideas which they described as eroticism and nurturance among study subjects who were in either a monogamous or polyamorous relationship.

This was a pretty big study. The researchers recruited more than 1000 polyamorous study subjects from social media forums devoted to discussing the polyamory meme.

The Problem of Fuzzy Overlap

These subjects had been with their primary partner for an average of seven years (there’s that number again), and with their secondary partner for about two years. They completed questionnaires that asked about felt levels of “nurturance.” and “eroticism.”

One of the challenges in this study is that there seems to be a bit of a fuzzy overlap between these two ideas.

For example, how close they felt to each partner, and also their levels of sexual satisfaction were both considered aspects of “eroticism.”

That was my first “red flag” around this study. Precisely defining your terms about what you are researching is  “Research 101.”

I didn’t have a sense of clean and clear distinction between what they were purporting to measure.

To their credit, the researchers acknowledged the overlap, but that doesn’t make grappling with the implications of the study any easier.

Measuring Nurturance vs. Eroticism in the Polyamory Relationship

By comparison, the researchers also collected similar data on over two thousand monogamous subjects, who had been in a conventional relationship for an average of 17 years. 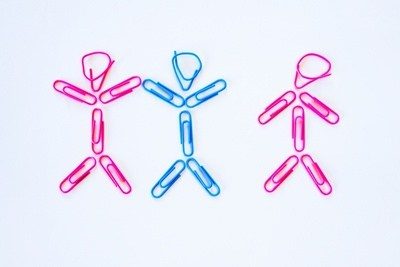 Overall, the research indicates that monogamists lag behind the Poly cohort in their levels of eroticism.

What surprised researchers, even more, was that the Poly cohort also reported feeling more “nurturance” in their primary relationships.

“Though passion can still be experienced in the later stages, it tends to decline, on average,” was the sad but obvious conclusion of the researcher team.

They concluded that polyamorists experience a greater level of nurturance and eroticism than is typical for monogamists…because they had at least 2 partners to satisfy these needs at the same time.

The Poly and Monagamous research subjects also reported differences in how they described eroticism and nurturance as it relates to sexual satisfaction and closeness. For the poly cohort, nurturance was associated with feelings of closeness in both their primary and secondary relationships, but eroticism was only associated with sexual satisfaction and closeness in their secondary relationships.

Among the monogamous couples, eroticism and nurturance were both positively associated with sexual satisfaction and closeness.

“These findings have broad research implications for the study of romantic relationships,” the researchers concluded. “The belief that monogamy is superior to other relationship orientations is a fundamental and often unquestioned assumption underlying contemporary theories of the development of romantic relationships and intimacy….The findings suggest that polyamory may provide a unique opportunity for individuals to experience both eroticism and nurturance simultaneously.” 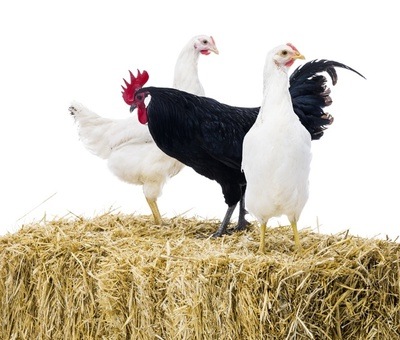 IMHO, this research has more problems than just the fuzzy variables of nurturance vs. eroticism (as if problematic research terms weren’t enough of a problem).

I find the variables of nurturance and eroticism to be as vague as they are arbitrary. Why not use intimacy, differentiation, or attachment as variables instead?

The other problems are with the polyamory meme and the poly cohort itself.

The first research variable, “nurturance”, besides being vague, also makes me wonder about another research bias.

Isn’t it possible that someone who is willing to accept the notion of sharing their partner is arguably a more “nurturing” personality in the first place?

I think it’s a fair question to ask.

Research Problems With the Polyamory Meme

And if future research on the polyamory meme indicates that an exceptionally deep level of “nurturance” is necessary for polyamory to work, won’t ordinary couples who experiment with secondary partners experience more relational chaos than nurturance or eroticism?

Another selection bias issue of this research was that the poly subjects were collected via social media. This may suggest a mostly well-healed educated class of folks who may not accurately reflect the poly community overall.

Perhaps their research finding that eroticism is negatively associated with relationship length to such an extent that it decreased over time among both primary and secondary partners (R. N. Balzarini et al., Eroticism Versus Nurturance P.7) was a factor?

Still, another question I have has to do with the way thought leaders are describing the polyamory meme. Is polyamory a lifestyle, or a justification for something else?

Pro-polyamory relationship thought leaders like my Couples Conference presenter continue to muddy the polyamory meme waters with their unbridled enthusiasm. Here’s another example:

Unless they are monogamous by orientation, however, most people in long-term relationships — regardless of sexual orientation — have had the experience of being attracted to someone else besides their partner. Almost everyone has the potential to be polyamorous in a way that many people do not have that same potential to be gay. This near-universality can make polyamory seem especially menacing. Elizabeth A. Sheff Ph.D. author of the Polyamorists Next Door. 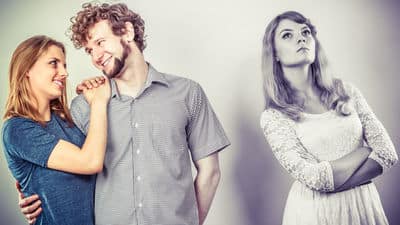 I respectfully disagree with Dr. Sheff.

I can attest to the obvious fact that being “monogamous by inclination” does not preclude one from being attracted to other people. After all, affair recovery is about 40% of our practice here at CTI.

Equating “the experience of being attracted to someone else besides their partner” with the potential to be polyamorous ignores the likely possibility that polyamorists may have fundamental differences from monogamists.

Polyamorous relationships comprise well under 5% of US households, and some even think that number is highly exaggerated. 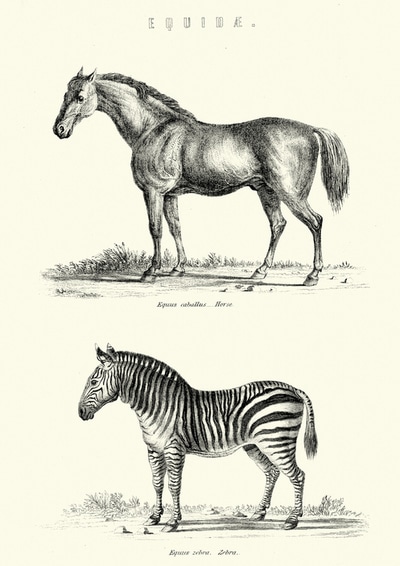 Too many couples therapists, perhaps in their ambition to become thought leaders, get caught up in promoting marginal fascinomas like polyamory.

It’s sometimes embarrassing to see the field of couples therapy chasing the trendy and the marginal.

If you really want to move the field of couples therapy forward, focus on developing powerful new interventions for the everyday problems that thwart most couples, whether they are heterosexual, or same-sex.

When you hear hoofbeats…think about the horses and not the zebras.

Unfortunately, I don’t believe Dr.Balzarini’s research has gotten us much closer to understanding how polyamory differs from conventional monogamy.

She is a talented and curious researcher and I hope she will continue to research the polyamory meme.

However, I think it’s a stretch to conclude that this research confirms the “unique opportunity” of being polyamorous.

As problematic as this research about the polyamory meme may be, it does suggest that this lifestyle choice works for a small percentage of people at least some of the time. I hope that, in time, more research will follow.

Are You Talking About Going Poly?

How to Fix a Sexless Marriage – 9 Steps to Better Intimacy