The Neuroscience of Perpetual Marital Problems - 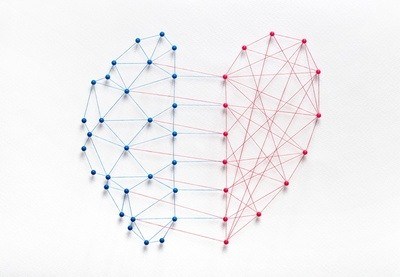 One of the outstanding contributions of neuroscience and Gottman’s research is the notion of “perpetual” vs.”solvable marital problems.

When a science-based couples therapist is assessing a new couple, it’s crucial to ascertain whether their problems are solvable or perpetual.

Gottman’s research tells us that 69% of relationship conflict is about perpetual problems.

All couples have perpetual marital problems. These problems arise from the friction of fundamental differences that any two spouses experience.

These differences can never be “solved,” they instead must be managed…and effective management will lead to marital longevity. But how do you manage perpetual marital problems that are virtually unsolvable?

The danger is that once Gridlocked, emotional disconnection may result. Only about 40% of divorced couples report that intense fighting as a major cause in their breakup. But 60% report that they drifted apart. This drifting apart is often the result of gridlocked perpetual marital problems.

Brent J Atkinson is an up and coming couples therapy thought-leader, and the creator of Pragmatic/Experiential Therapy for Couples (PET-C), a form of couples counseling which appears to build upon Gottman’s research with recent neurobiological findings.

Some critics point out that PET-C is a relatively new approach and lacks supporting empirical data. But devotees of the PET-C declare that the principles of PET-C are based on scientific evidence. Still, unlike Gottman Method and EFT, PET-C has not undergone rigorous, unbiased testing to prove its clinical effectiveness.

At CTI, we do our best to stay on top of the research in this golden age of couples therapy.

The good news is that couples therapy has never been more effective.

However, claims that these new models of couples therapy can rewire neural circuits in the brain are, as of yet, unsubstantiated and perhaps over-stated.

What is particularly intriguing for science-based couples therapists is that neuroscience tells us that there are many different ways of maintaining emotional stability while moving through time navigating perpetual marital issues.

Spouses often get upset with one another when their core differences contradict one another, but neither is right or wrong.

Atkinson has, so far, identified 5 distinct nervous system priorities that elegantly fit into what Gottman has described as the 69% of perpetual marriage problems.

It’s also important to note that while these differences seen through an attachment lens might be described differently, the fundamental idea that with each essential core difference, neither approach is right or wrong, and yet are often a source of perpetual marital problems.

Atkinson also suggests that decisional speed may also be another essential core difference, and neuroscience will likely uncover more of these cognitive contradictions in the future.

I also believe there are Meta-Core differences that require special attention. A Neurodivergent Marriage is one compelling example. 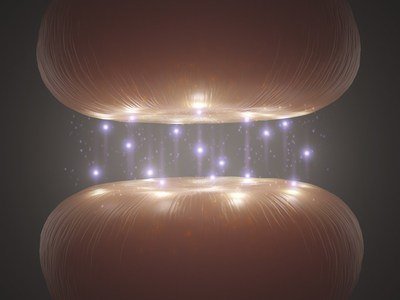 Many perpetual marital problems are simply differences in how spousal nervous systems are wired.

I tell my couples that there are four people in every relationship.

There’s John…and the John that lives in Mary’s head. Then there’s Mary…and the Mary that lives in John’s head. John and Mary are experts on the partners in their heads.

But only their real partner has a nervous system.

The challenge with these nervous system differences is that they tend to become more rigid over time.

That’s because we author the partner in our spouse’s head. The version of us that lurks in our partner’s head is a slight exaggeration of us at our worst.

Their brain constructed this introject so that they can better protect themselves from our worst self. And the best way to do that is to do more of what calms us down…even if it infuriates our life-partner.

So how do we manage this 69% that will not change?

Give each other more latitude. Expand your comfort zone but establish healthy boundaries as well. Stop arguing about these unsolvable nervous system differences.  There are no “right” or “wrong” ways of being in the world. Accept that these mostly harmless differences are your particular perpetual marital problems,…and that’s it’s ok.

You both have a right to be heard.

To listen well, you’ll need new skills for managing conflict. In the face of perpetual marital problems, you may have to develop more resilience, generosity, and acceptance. Good couples therapy can help.

This is what science-based therapy can couples offer; a set of tools that will help you stay emotionally connected despite your conflicting cognitions.

There’s no reason for either of you to change…but there is an opportunity for both of you to become more forgiving and flexible. Respect that your partner copes differently. This will never change, but if you reframe your marital problems and approach your differences with kindness, patience, and humor, you’ll be a lot happier.

Get Coaching and Manage Your Perpetual Marital Problems With Skill