The Meaning of “We-ness”

Robert Taibbi, in his important book, Doing couples therapy: Craft and creativity in work with intimate partners describes a shift in consciousness from an individual awareness of what each partner wants and needs to a “new consciousness” of the relationship as a “We.”

This formula of “we-ness” represents “two people who are balanced and individually strong”…but have in the process have created something else- the two has become three. and this third reality is the relationship between the two of them that they now share and nurture.

I think of it as a sort of independent intelligence that grows each time it is flexed.

Its main elements are interpersonal sensitivity, skills with setting boundaries, abundant good-will, and synchronous action toward shared goals and dreams.

The Seven Building Blocks of “We”

I have included the symbols (G) for Gottman (D) for Developmental Model, (E) for Emotionally-Focused Couples Therapy, and (I ) for Integrated Behavioral Couples Therapy ( more on this relatively “extinct” model in a future post). I offer this to show how different couples therapy models might emphasize certain key leading aspects of resilience.

Here, according to psychologists Jefferson Singer and Karen Skerrett,“We” Consciousness has the following:

The Notion of “We-ness” in the Gottman Method Couples Therapy

As you can see, science-based couples therapy is very tuned in to the problem of fostering a felt sense of “we-ness.”

From a Gottman perspective, couples who express an abiding sense of “we-ness” are taking a fundamental stance. They see themselves as part of a lifelong adventure; a deeply intimate relationship. Couples with an elevated sense of “we-ness” do not have existential angst about unfulfilled parts of themselves.

They share an intimate private world with their partner; a private language, replete with symbols, rituals, and collaborative meaning-making. It is here that I see Gottman Couples Therapy at its loftiest and most aspirational.

Perhaps this is wh some monogamy-phobic millennials are more comfortable with the musings of Esther Perel. The Gottman’s are content with “we-ness” in an existential sort of way that might give Esther the willies. 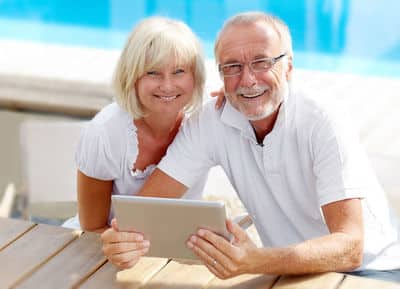 At the same time, a couple that does “we-ness” well has a healthy differentiation. They are secure in their ability to manage perpetual problems because of the fact that neither partner is subordinated to the other.

Each has a healthy awareness of their own needs, as well as the needs of their spouse.

Most importantly, couples who are a “we” strive to help each other attain their life dreams. This is what Skerrett calls the “flexibility to see self and other within the We.”

I must give a shout out to Jeff Singer and Karen Skerrett. Their book “Positive Couples Therapy Using We-Stories to Enhance Resilience” is a treasure for any couples therapist.

They offer many “We-ness” Interventions across a multitude of couples therapy including Narrative, Gottman, EFT, and the often overlooked ICBT. Their book is an important contribution to the field of couples therapy.

Couples that don’t do “we” well see whatever happiness they have attained as being despite the deficits in their marriage. They struggle to notice the paradox of resilience. Gottman would warn that they were in Negative Sentiment Override. Accepting the notion that dependence promotes independence might be a hard sell in NSO.

And that brings us to an important point. The earlier couples are buffered and supported by an abiding sense of “we-ness” the better. Families more often than therapists are the wellspring of this support…or not.

One of the reasons I suspect that Gay couples respond twice as well and more quickly to science-based couples therapy is that a sense of “we-ness” is baked in the cake of the struggle for civil rights and social acceptance.

I want to be careful here. Some authors such as the previously mentioned Jefferson Singer and Karen Skerrett are not comfortable correlating overall relational satisfaction with “we-ness.”

A sense of “we-ness” conveys the presence of powerful fundamentals for intimacy; trust, mutual respect, and validation.

I am not saying that “we-ness” is necessarily a hallmark of happy couples either. Couples could be fighting many exhausting battles on multiple fronts.

They may be frayed, frazzled, and deeply scared and unsatisfied…but their abiding sense of we-ness and mutual aid may be unshakable.

But from a research perspective, the question of relational satisfaction has been more pre-occupied with internal measures, such as a sense of mutual empathy.

Empathy is the core ingredient of marital satisfaction, and it is clear that couples steeped in a felt sense of “we-ness” enjoy a healthy sense of mutual empathy and goodwill.

So I would argue that a sense of “we-ness” is another, perhaps measurable sign of marital satisfaction.

Is Your Marriage Falling Apart During this Global Pandemic?

Previous Post The Teachings of a WWII Rabbi: & Teaching Us About Couples Next Post In Praise of Integrated Behavioral Couples Therapy