Are You Bogged Down in a Covert Narcissist Marriage?

The Covert Narcissist Marriage is not like other narcissistic marital dynamics. We don’t tend to see the flamboyant attention seeking, charisma or natural and easy charm of the typical narcissist.

However, as I mentioned in an earlier post, not all narcissists are expansive and hungry for dominance or adulation.

The Covert Narcissist, (sometimes described as the closet, vulnerable, or hypersensitive narcissist) is a particularly toxic, introverted, (some would say camouflaged) form of narcissism.

Although it is more subtle and doesn’t seek the limelight, Covert Narcissism is particularly toxic because of its preoccupation being critical, or being criticized.

The Covert Narcissist doesn’t telegraph their superiority. They are more reserved and aloof.

Because attempting to connect with others is so inherently difficult, the covert narcissist marriage is characterized by a variety of defensive mechanisms designed to keep people away. Their social circle may be narrow and predicated on particular mutual interests. These social activities may also aid them in enacting their secret sense of self-importance.

As you can see, a Covert Narcissist Marriage is often a lonely place for their partners.

Covert Narcissists tend to be quiet, and self-contained, often bestowing minimal attention on their spouses. 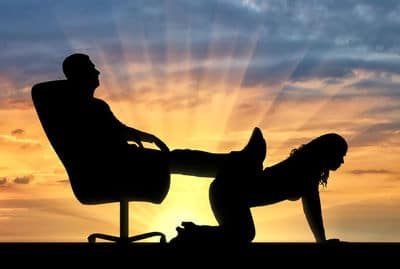 The one issue that defines a Covert Narcissist Marriage is in the way the notion of criticism is handled by the Covertly Narcissistic spouse.

Covert Narcissists are highly critical, but paradoxically, they can not abide criticism themselves.

The notions of a “softened start-up,” followed by a feeling state, and a proposed solution, with an invitation to a fair and open dialogue, may fail in a spectacular fashion.

In the face of any perceived criticism, Covert Narcissists will either become smug, or belligerent.

Then they skulk off into a sullen and moody withdrawal. It’s not unusual for a spouse, particularly in the early months of a Covert Narcissist Marriage, to be utterly perplexed by their spouse’s abrupt tendency to withdraw whenever a behavioral change is carefully and courteously requested.

The Covert Narcissist Marriage and the Perplexing Problem of Perfectionism

The Covert Narcissist holds themselves aloof from riff-raff. They are God’s special creatures. They have a toxic mixture of extreme entitlement and nosebleed high expectations of their spouses, children, and others as well.

Researcher Logan Nealis, the lead author of a recent study on Narcissists, offers an example of the pursuit of perfection:

“A narcissistic perfectionist parent demands perfect performance from his daughter on the hockey rink, but not necessarily from anyone else out there. They’re getting a sense of vitality or self-esteem through the perfect performance of other people, and they bask in that glow vicariously.”

Logan’s research had an interesting design. For this research, students were asked to keep 28-day diaries.

The results revealed that narcissistic perfectionists were socially toxic. Dr. Simon Sherry, who also worked on the study, reported on the findings:

“Our most consistent finding across the two studies is that narcissistic perfectionism is associated with social negativity in the form of anger, derogation, conflict and hostility…When you look at what appears to be happening between the ears of a narcissistic perfectionist, you see they’re thinking really negative, hostile, critical things about other people.

The Covet Narcissist expends a vast amount of emotional energy propping up a high degree of self-worth:

Essentially conveying ‘”I’m perfectly awesome, and you’re not. Therefore, you’re defective, and a poor reflection on me.”

“According to one biography, [Jobs] expected perfection from others in an entitled, demanding, and hyper-critical manner. Employees reported going from ‘hero to zero’ in Jobs’ estimation after even minor mistakes; employees also noted Jobs routinely derogated them in front of co-workers.” 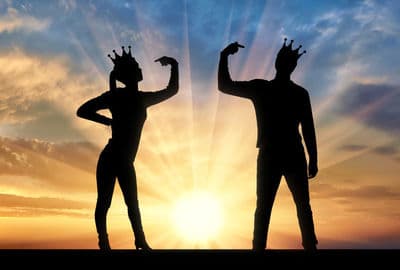 Along with these overt characteristics, Jobs almost certainly had what many professional psychologists believe to be at the root of all Narcissistic Personality Disorders, including Covert Narcissism; a fundamentally insecure sense of self.

We know that people with NPD have a “pride-shame” split. At their emotional core, these people are deeply wounded.

They are terrified that they are not good enough. They fear they are fundamentally unlovable.

Consequently, particularly in the light of failed expectations, they work overtime to foster an image of superiority upon the world, (and in their Covert Narcissist Marriage) with a relentless effort to compensate for their unspoken, underlying insecurities.

For the Covert Narcissist, this tendency to project a superior demeanor emerges under perceived stress. They tend not to lead with it. This is the essential difference between the Covert and Overt Narcissist.

Logan Nealis commented on the socially toxic behavior of the Covert Narcissist:

Dr. Sherry, one of the study’s co-author, weighed in with a similar assessment:

“We may be characterizing a problem of our times. It may very well be that we live in an age of entitlement where grandiose demands are often made in everyday life. Narcissistic perfectionists have a need for other people to satisfy their unreasonable expectations… And if you don’t, they get angry.

Making them more aware of the impact [their actions] ultimately have on others might—(keyword, “might”)—spark change.”

Spouses who possess healthy self-esteem will respond well to a softened start-up. They are not particularly triggered by a marital complaint.

But Covert Narcissists are deeply invested in their brittle self-image. They can not abide criticism in any way, shape, or form.

Any spousal complaints will usually result in a curt response that is both aggressive and dismissive.

In this study on criticism and narcissistic aggression, psychologists measured the self-esteem, narcissism, and aggressive behavior of 540 undergraduate students. They found that the students with more pronounced narcissistic traits tended to verbally lash out more often when facing criticism.

“Narcissists mainly want to punish or defeat someone who has threatened their highly favorable views of themselves. People who are preoccupied with validating a grandiose self-image apparently find criticism highly upsetting and lash out against the source of it.”

People with a healthy degree of self-esteem do not become more aggressive towards others when criticized.

Covert Narcissists, however, find the threat to their ego too great a risk to leave unchallenged. The Covert Narcissist Marriage is one of constant deflection and dismissiveness.

The seeds of narcissism tend to be sown at a young age, said Professor Brad J. Bushman, the study’s first author:

“…if kids begin to develop unrealistically optimistic opinions of themselves and those beliefs are constantly rejected by others, their feelings of self-love could make these kids potentially dangerous to those around them.” 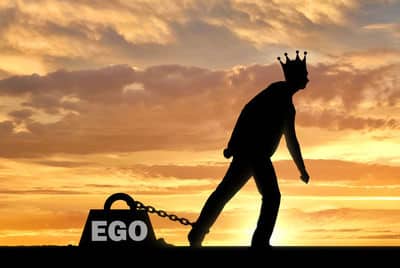 The Covert Narcissist can be frank and direct about their superior self-image and high standards. They’re just not as flamboyantly open about it as conventional narcissists.

They project and pursue perfection desperately to keep their demons at bay. They suffer from an unusually brittle and fragile sense of self and sometimes are unable to hide it.

The Covert Narcissist Marriage is a one where criticism spirals ever outward.

Spouses have an impossible task requesting behavioral changes, in the Covert Narcissist Marriage. They often seek individual or couple therapy to help them more effectively engage with their rigid, perfectionistic spouse.

Let’s not be too hard on the Covert Narcissist. On the lower end of the spectrum, they are capable of some degree of empathy and can respond well in couples therapy and learn to become even more empathetic and emotionally responsive.

The Covert Narcissist is compensating for a deep wound that never healed. But they can be challenging to love, and even harder to live with. They need an opportunity to appreciate the impact their behavior has on their families. Narcissism occurs on a continuum, and the milder forms are treatable.

But Hopeful Spouse counseling with a trained science-based couples therapist can help you unpack these experiences, keep your sanity, and work toward establishing more firm, healthy boundaries…whether you stay married to your Covert Narcissist or not.

Do You Need Hopeful Spouse Counseling To Recover from Covert Narcissism?