Alexandra Kathehakis has written a brilliant new book, Sex Addiction as Affect Dysregulation: A Neurobiologically Informed Holistic Treatment (2016). This scholarly and clinically advanced model integrates the latest advances in neuroscience into the thinking of Patrick Carnes and others.

We are seeing more of an ever-increasing number of cases where husbands are presenting for sex addiction. We no longer used the term “sex addiction” speculatively. Neuroscience is gradually ending the debate. Research is mapping the addictionology of neural pathways. While there is increasing evidence that sex addiction is real, it remains a controversial and somewhat unpopular idea. 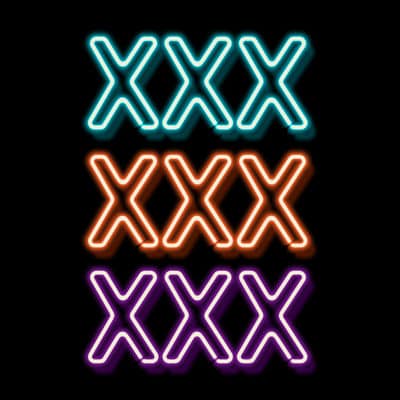 Patrick Carnes is the dean of sex-addiction research. His research indicates that the family of origin for most sex addicts is characterized by secrecy, dysfunction, and addictions.

Sexual boundaries are typically on the extremes; either extremely rigid, or practically non-existent.

The sex addict’s father is most often remote and unapproachable and often modeled addictive behavior himself.

The mother typically over-compensated by being fussy, controlling and overly protective.

The sex addict’s childhood was one of extreme emotional containment, he learns that his feelings must be denied, and are of little interest to his parents.

This neediness looks like a split. The sex-addict was often in a particular “role” as a child in his family of origin. These roles dutifully served the needs of one or both parents.

Sex-addicts were often the “Hero” child or the “Scapegoat” child. Because these roles are almost a sort of family “job” description, sex-addicts have a dutiful sense of family. Family is where you fulfill your duties. Marriage becomes joyless, passionless, and sexless, but supremely dutiful.

The sex-addict “splits off” his eroticism. His sexual acting out is where he deposits his passion, fun, and sexual energy. Acting out becomes an oasis away from duty and responsibility. Here he can explore, play, and most importantly, escape. But the addict learned about the satisfaction of secrets in his childhood.

Problems with sexuality are frequent in sex addict families of origin. Carnes reports that 40% of their fathers, 18% of their mothers, and 50% of their siblings have sexual problems. Addiction and sex are topics of non-discussion. Secrecy and denial are the family rules.

Sex addiction is challenging to treat because, according to Carnes, it captures three profound dimensions of addiction; fantasy, arousal, and satiation.

The Massachusetts Chapter of the Association for Marriage and Family Therapy presented a training symposium that will address this growing issue in early 2017.

I was asked by MAMFT to give a brief talk to my local colleagues outlining what is currently known and understood about sex addiction.

Here are some of my notes from this talk:

Sex Addicts typically experience specific stages of recovery. Each one of these stages could take many months:

Pre- recovery contemplation is a developmental stage that can last up to two years. Total sobriety is a fundamental absolute for entering treatment.

The crisis or decision stage can last from as little as a day to as long as three months. Once a working sobriety from sex addiction is achieved, the shock of living sober will take about eight months to process. This process overlaps, and sometimes followed by a 4 to 8 months grief stage.

Halfway through the grief stage, an 18 to 36 months repair phase begins. This stage often is often characterized by increasing stability and growth that becomes hopeful of stability after two years of recovery.

Sex addiction recovery over occurs over time. It may take from 3 to 5 years, because only consistent, daily recovery actions produce reliable psycho-neurobiological changes.