11 Essential Conversations For a Stronger Marriage After Retirement -

11 Essential Conversations For a Stronger Marriage After Retirement

A Stronger Marriage After Retirement 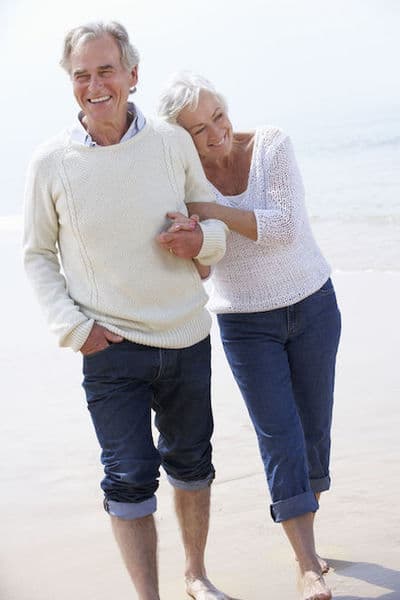 Research on how to have a stronger marriage after retirement has captured the attention of many researchers. The notion of retirement has profoundly changed over the last 50 years.

For starters, researchers noticed that couples were living longer. The phenomena of any given marriage experiencing the retirement of a spouse was no longer a novelty.

We have not only experienced normalization of retirement occurring during a marriage, but the typical period of retirement has also lengthened considerably, far exceeding the expectations of social science (Settersten & Trauten, 2010).

Yet another factor that has also attracted researchers to study marriage after retirement has been the phenomenon of Gray divorce in the huge Baby Boom generation.

The cohort of retirees each year is fast becoming the largest demographic segment of the American population (Rowe, 2007). Japan is experiencing its own retirement challenges.

And please don’t think about the notion of how to have a stronger marriage after retirement through a gendered lens. Both spouses in the Boomer generation are entering retirement, and both genders are having to adjust (Miller & Yorgason, 2009).

How to Enjoy a Stronger Intimate Bond After Retirement

Wickrama et al. (2013) created the Life-Course-Stress Process Framework. This paradigmatic research tool helps us approach this question with greater care. Wickrama’s research suggests the following factors impact the capacity to have a stronger marriage after retirement: 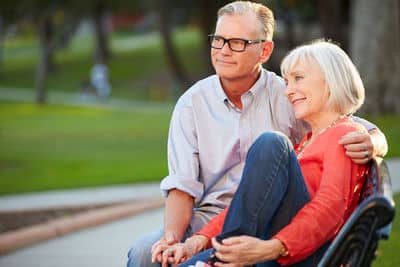 As you can see, the issue of the impact of retirement on marriage is pretty complex.

Individuals with stressful jobs benefit greatly from retirement, and they tend to adjust better than those who enjoyed their work and derived greater satisfaction from it (Roberts & Levenson, 2001).

Whether or nor retirement was compulsory or voluntary was also an additional, sometimes aggravating factor.

The more a spouse felt forced to retire, the greater the difficulty in adjusting (Szinovacz & Davey,2005; Van Solinge & Henkens, 2005).

A retirement that is perceived as forced and premature bodes poorly for a happy marriage. Most couples prefer to coordinate the timing of their retirement and enter this phase of life as a team (Wickrama et al., 2013). A stronger marriage after retirement takes both planning and teamwork.

Frankly, the research on retirement and marriage varies widely in both quality and conclusions. Some studies play down the impact of retirement on intimate bonds, while some researchers describe both difficulties and opportunities that retirement offers for a deeper, more satisfying connection.

Confused and Contradictory Research on the Transition to Retirement

Atchkey (1992) did a good job reviewing the research up to the early ’90s…but that was nearly three decades ago. His overarching conclusion was that retirement presented “little threat to marital quality.”

Yes, Atchkey’s research is supported by even more recent studies.

Research by Davey & Szinovacz (2004), also suggests that the transition to retirement poses no particular threat to marriage. Without getting overly technical, there has been a lively debate around the “U shaped” curve of marital quality, which posits that change is expected during retirement (Miller, 2000).

Fitzpatrick, Bushfield, and Vinick (2005) suggested that American couples may be apprehensive about the changes that retirement might bring, but ultimately discover that their experience of each other is no so dramatically different than before. The good news is that long-term relationships are often very resilient.

Struggles to Have a Stronger Marriage After Retirement…is it just Anxiety? 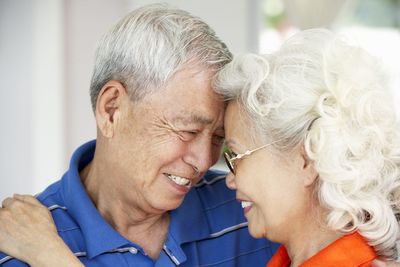 Other research suggests that at least for some couples, the transitional adjustment to retirement itself can be a little bumpy (Pinquart & Schindler, 2007; Wang, 2007).

Some researchers offer the explanation that turf wars might need to be negotiated.

Bushfield, Fitzpatrick, and Vinick (2008) did research which suggested that lifelong housewives found it stressful to deal with their husband’s sudden perpetual presence at home.

This is the central problem in modern Japan.

Kulik (2001) found that some couples felt that the amount of time they were spending together was both uncomfortable and excessive.

Lundberg, Startz, and Stillman (2003) and Dew & Yorganson (2010) found that bickering about different attitudes about spending and saving were also problems for some couples.

Overall, the research does suggest that there are predictable areas of friction where retirement can impact marital quality.

When I take a step back and look at this research with a wider lens, I see 11 essential conversations for couples to have before they retire:

11 Essential Conversations Before and After Retirement

Compare Notes on What Your Idea of Retirement Looks Like. You may have to find a balance between conflicting visions of retirement. Perhaps one of you is more of a homebody, wanting to read, garden, or putter around the house. If you want to buy an Airstream and travel around the country, there may be marital conflict in your golden years.

Will you both deliberately pursue common interests, or allow space for differences between you? You should also talk discuss predictable issues such as how often you’ll want to connect with close family members such as children and grandchildren.

Ask if There Will There be Spaces in Your Togetherness. It’s important to unpack a sense of how much time you’ll spend together or apart. This negotiation is essential for a stronger marriage after retirement. Are there some things you enjoy doing together? Will you also want to pursue separate interests? What do you expect from your partner in retirement around the notion of the now blank canvas of time?

Ironically, even though the notion of retirement is about being free of responsibility, cultural expectations can sometimes have a huge impact on married couples facing retirement.

Some Japanese “salarymen” may go for decades with only marginal contact with their spouses. When they retire, they expect their wives to attend to their every need. Shujin Zaitaku Sutoresu Shoukougun, literally One’s Husband Being at Home Stress Syndrome (abbreviated by researchers as RHS).

It’s interesting to note that although divorce is not a popular option for unhappy Japanese boomer couples, the divorce rate of this now retiring generation soared over 26% in a decade. These wives with RHS become anxious, stressed, and highly resentful. Some even use stuffed animals to self-soothe.

Talk About How Your Roles Will be Different. If your career was a source of deep personal satisfaction, you might have to grieve a little. You may also feel awkward surrendering the role as the primary bringer of the bacon. If your retirements are not concurrent, one of you may experience an emotional adjustment after retirement that might be hard to describe.

Revisit How You Will Divvy Up the Chores.  Research tells us that when one spouse was the homemaker, and the other worked, negotiating chores might tend to change the power dynamics, and not in a good way. Be clear on who does what, and keep an eye on subtle dynamics of criticism and defensiveness around household chores. 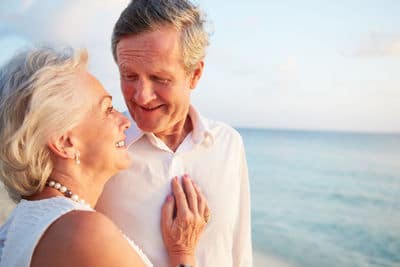 Be Friendly About Finances.  Retirement changes everything. Have a Generative Conversation about the power dynamics around spending and saving.

When both of you are clear about your financial situation and craft a budget together, conflicts over money can be minimized.

Be a Little Selfish. With time on your hands, don’t assume that your friendship network should require including your retired spouse.

Cultivate a personal, differentiated space for yourselves. It’s ok to have separate friends and separate interests. Support each other’s personal growth and autonomy.

Man Caves and Woman Caves are OK. If you feel a bit crowded by your spouse, it’s ok to have a personal retreat for escaping. You may be surprised by how much you appreciate quiet downtime by yourself. If you want to have a close relationship after retirement, personal space is something you should discuss before you get on each other’s nerves.

Don’t Be Housebound. Your nervous system was probably pretty used to having people to interact with at work. Now that stimulation is gone. This shift might make you depressed or irritable without your conscious awareness.  After you retire, try to find other people to connect with. Taking classes, volunteer, or go to social events that will stimulate you.

You’re Never Too Old For Date Night  While you work, you and your spouse probably had little time for a date. After you retire, you will be rich in time. Spend it wisely. It’s easy to take your time together for granted. At least twice a month, plan a date night and share an experience that you both will enjoy.

Expect to be Uncomfortable at First. It doesn’t matter how carefully you prepare, the experience of being retired is an emotional adjustment that is more felt than understood.  You will probably need a few weeks (or months) to chill-out and get used to it. Talk about what you’re feeling, particularly if you didn’t retire together.

For Some…Retirement Will Be a Huge Adjustment.  If you’ve enjoyed an exciting, rewarding career, don’t be cocky or cavalier about your transition to retirement. Some of the emotional impacts may surprise you.

Many aspects of your life will suddenly change. The key to having a stronger marriage after retirement is clear communication and paying attention to your feelings instead of stuffing them down.

Be emotionally intelligent. This is essential. You both can create a way of life that will be both satisfying and emotionally connected, even though it may be a little bumpy at first.

“Let there be spaces in your togetherness, And let the winds of the heavens dance between you. Love one another but make not a bond of love: Let it rather be a moving sea between the shores of your souls.

Fill each other’s cup but drink not from one cup. Give one another of your bread but eat not from the same loaf. Sing and dance together and be joyous, but let each one of you be alone, Even as the strings of a lute are alone though they quiver with the same music.

Give your hearts, but not into each other’s keeping. For only the hand of Life can contain your hearts. And stand together, yet not too near together: For the pillars of the temple stand apart, And the oak tree and the cypress grow not in each other’s shadow.”  Kahlil Gibran

Do You Want a Stronger Marriage After Retirement? Get Coaching Now!