Schema Focused Therapy was developed by Jeffrey E. Young for use in the treatment of personality disorders. These clients are the tough cookies who typically don’t do well in couples therapy. Itis used in both individual and couples therapy. 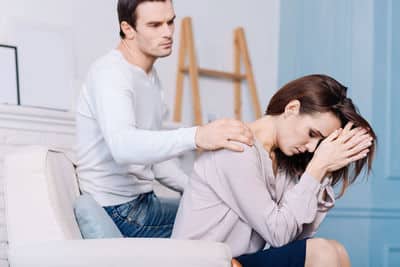 Schema Focused Therapy focuses on the clients who were dealt a bad parental hand.

A schema describes a pattern of thought or behavior that organizes categories of information and the relationships among them.

It can also be described as a mental structure of preconceived ideas, a framework representing some aspect of the world, or a system of organizing and perceiving new information.

Our view of the world, coping behaviors, and our modes of behavior come from our families of origin. Schema-focused therapy focuses on identifying and improving relationship deficits that come from problematic schemas.

Here are a list of common issues in Schema Focused Therapy and their corresponding relationship deficits:

A high score here may indicate a problem with controlling negative emotions such as the hideously named Borderline Personality Disorder. Folks with this schema have a hard time accepting that finding a way to manage a perpetual problem may require patience and a timetable.

These spouses don’t do well in couples therapy if the idea of Generative Conversation is introduced too early. Some of the SCB’s used by these partners are heavy criticism, blaming, and using guilt as a defense.

Deep, abiding suspicion is the hallmark of a spouse in the throes of a Mistrust/Abuse Schema. They have a tough time expressing vulnerable feelings, and they are unable to ask for what they need openly and adaptively. I think that Gottman’s Pit Bull Husbands would be at home here.

Schema Focused Therapy sometimes works with a spouse incapable of expressing their needs and make simple requests. They may present as wholly self-contained and reluctant to make requests, or they may make excessive and urgent demands. This is one of several schemas where the impact of Developmental Trauma is present.

A constrained sense of self is the plight of spouses with this schema. Somewhere in their family of origin, they got the message that they were inherently defective.

Developmental Trauma manifests in this schema as well. Schema Focused Therapy identifies some parters as secretive. They attempt to soothe their shame, often in maladaptive ways, such as addictions and compulsive behavior.

They are the withholding “Potemkin Partner,” perfect on the outside, with secrets lurking behind.

These are the partners with cognitive challenges and their sometimes long-suffering partners. One of Dr. K’s specialties is working with “neurodivergent” marriages.

This spouse behaves as if the playbook that we were all bestowed on how to acquire social skills was missing from their crib. Dr. K has written a popular and somewhat controversial post (see the plethora of comments) on the upsides (and challenges) with having a partner with Asperger’s Syndrome.

Having a cognitive “difference” is a hindrance to being able to reliably resist the lure of feeling alienated, even from your partner. And we know from Malkin’s work on Narcissism that also if you’re not neuro-atypical, spouses who struggle with health issues can be a little self-involved at times. Schema Focused Therapy of this sort sees the couple through a lens of neurological differences that are manageable.

I might wonder about including Depression (and living for years with a depressed spouse), Alexithymia (and living for years with a spouse with Alexithymia), Adult-Onset PTSD, Bi-Polar Disorder, Developmental Trauma, Adult ADD...you get the picture. Living with a mental health challenge is inherently alienating and isolating. There is often an atmosphere of ambivalence around these relationships, particularly with the neuro-typical partner. 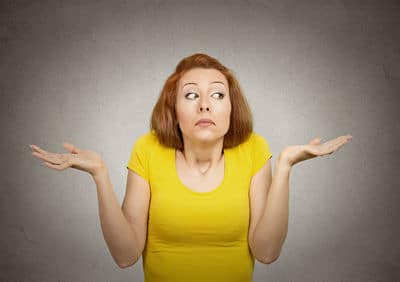 These spouses may feel dependent on their partner. They can be very demanding and have a difficult time self-regulating. This makes taking time-outs difficult for these spouses.

Relationship deficits are apparent when these partners have difficulty making decisions without reassurance from their partner, are incredibly passive, avoid taking responsibility, and assume a stance of devastation or helplessness.

Spouses with this schema interpret any request by their partner as a comment on their inadequacy. These spouses are incredibly defensive and accept their relational inferiority. Spouses with Developmental Trauma sometimes display this high level of interpersonal sensitivity.

The relationship deficits from this schema can be daunting. These spouses see marriage as a zero-sum game. Somebody wins, and somebody loses. Their shortcomings can be epic. Toxic narcissists are found here. Unable to negotiate fairly and unwilling even to validate their partner’s point of view. These are the Emotional Abusers and Gaslighters. Marital satisfaction is often low for their partners because their capacity for empathy is also correspondingly low. There is a lot of work that needs to be done with this schema, which is why as I have mentioned previously, I am a fan of Terry Real’s groundbreaking Schema Focused Therapy work in this area. Terry is spot on when he discusses the needs of the spouses of these grandiose clients. They need to be shorn-up and encouraged to be more assertive with their “bottom-lines.”

This schema inhibits a partner’s ability to clearly express wants needs and desires. They tend to be passive and struggle to maintain boundaries. They feel a reflexive responsibility to attend to their partner’s needs and feel guilty when they are unable to. They can sometimes show a display of habitually indirect communication, which can lead to Conflict-Avoidant or Passive-Aggressive communication.

These partners have relationship deficits that block their ability to validate, hold Generative Conversations, or remain flexible with their deeply held aspirations. Partners of these spouses are often lonely, starved for empathy, and on high alert to the displeasure of their demanding partner.

I find the idea of mapping family of origin Schemas intriguing, but I wonder if this approach is too problem-saturated for ordinary couples.

However serious relationship deficits can frustrate the best couples therapist, and it might be useful to see problematic couples through the lens of a Schema Focused Therapy Typology.

Science-based couples therapy has never been focused on mapping out problems in this fashion, but it is interesting to think deeply about the pattern of specific relationship deficits and to craft interventions in a narrow and specific approach.

Essentially these relational deficits detract from the ability for partners to engage in Generative Conversations, maintain emotional regulation through the appropriate use of time-outs, listening to, and validating their partner, asserting preferences and articulating their “bottom lines,” particularly to grandiose partners. Schema Focused Therapy is a deeper dive into the problem end of Therapy that may warrant a closer look.

Do Any of These Schemas Seem Familiar?