How to Repair Your Relationship

Repair your relationship by re-building trust. Day by day, interaction by interaction. Devoting the time to get back in each other’s good graces.

Gottman’s research tells us the quality and resilience of the Friendship System in marriage provides the bedrock for repair. Conflict is inevitable in marriages. It’s even healthy. But your abiding degree of trust and friendship will help you navigate conflicts and understand each other more deeply.

Much of the research in science-based couples therapy is counter-intuitive. Take repair attempts. Gottman says that it doesn’t matter how carefully worded, sincere, or heartfelt a repair attempt is. 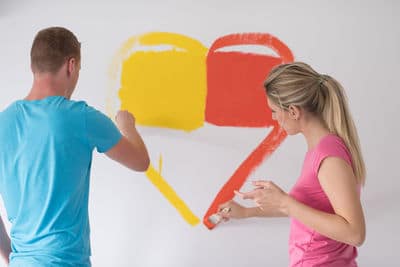 Those factors don’t predict the success of any given repair attempt.

It’s the balance of the emotional bank account, the sentiment override, that determines your success.

Positive sentiment override is like lubricating the moving parts of your relationship.

When conflict occurs, all the fondness and admiration, turning towards, and positivity you have deposited in your emotional bank accounts allow repair attempts to be impactful.

​I can’t emphasize this enough. Softened start-up is the Holy Grail of effective communication. If you start an argument harshly by attacking your spouse, you will end up with at least as much tension as you started with, and maybe even a whole lot more.

The habit of using a softening start-up to your complaints is crucial to resolving your relationship conflicts. If your arguments start gently, your relationship is far more likely to be solid and intimate, and your Friendship System will become more resilient.

If your partner has Developmental Trauma, their nervous system might tell them that you’re yelling when you don’t think you are at all.

If this is a problem in your relationship, agree to use a phrase such as “I love you, and I am on your side” or “Could you please say that lower and slower?”

Repair your relationship by offering immediate Feedback on issues like pitch, timbre, and tone. This one shift can go a long way to preventing escalation, particularly with a traumatized partner.

Research shows that how the recipients of criticism, especially husbands, behave in the first 12 minutes is pivotal.

If you can be cool, calm and collected, and present an open and neutral stance, particularly during the first 5 seconds... it will go a long way toward preventing escalation. It might even be the most important thing you do.

Repair your relationship by watching your knee-jerk defensiveness. Can you see your partner’s point of view? Can you admit to dropping the ball?

A softened start-up, met by a neutral and patient consideration of your spouse’s complaint can lead to empathy, humor, and self-disclosure. This is where the ongoing quality of your Friendship System really pays off.

Knowing when and how to ask for a time-out is important. Diffuse Physiological Arousal (DPA) is a measurable change in the body that results in a cascade of bad stuff, one of which is that you get stupid. 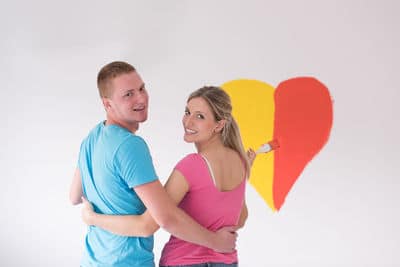 DPA tells us that our spouse is the enemy. Our heart races, we lose about 30 IQ points, we basically are in a fight, flight, or fawn mindset.

This can happen so fast that our pre-frontal cortex doesn’t even get a chance to weigh-in.

It’s important for us to notice the signs that our reptile brain is taking over and ask for a brief time-out.

Repair your relationship by getting out of eyesight and earshot of each other.

Go off by yourself, close the door, and breathe deeply…but return to the conversation faithfully once you have calmed down.

Men tend to ruminate when they should be calming down. They do this more often than women do.

I advise men to read during their time-out because reading occupies the same part of the brain that enables rumination. And rumination inhibits the ability to calm down.

At the end of the day, you have to have a way to process a bad fight where repair attempts failed to gain traction. In our Couples Retreats, we teach you how to deconstruct a fight to see what actually happened.

Exercises like “aftermath of a fight”  help our couples to unpack the triggers which informed the thoughts, feelings, and actions that took us to the dark side.

You can repair your relationship best by understanding your partner’s enduring vulnerabilities while disclosing your own as well. A conflict that is well-managed can lead to greater intimacy, and repair attempts that land well will keep you both on track.

Repair Your Sound Relationship House in a Science-Based Intensive Marriage Retreat or Online Marriage Counseling Assessment called a “State of the Union Assessment”!