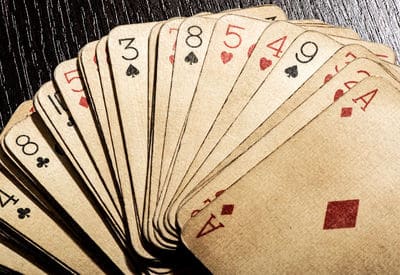 Problem gambling and marital conflict are certainly not on the minds of the construction workers in Springfield hard at work to finish the MGM Grand Casino by the summer of 2018.

Casino management acknowledges the fact that 1-3% of their future patrons will become problem gamblers.

I live near Springfield Massachusetts, and it matters to me what happens there.

Researchers Currie, Miller, Hodgkins, and Wang (2009) determined that the best way to look at problem gambling is as a percentage of household income.

They also concluded that a gambling habit in excess of 5% of household income is indicative of a looming problem.

But a far more important measure is the impact problem gambling has on marriages, careers, and personal finances. Science-based couples therapists are mindful of their confidentiality ethics as compulsive gambling is often hidden in a veil of secrecy. How bad is the problem? We often don’t know… until we know.

Researchers Patford (2009) and Corney & David (2010) both report that the “hurt partner” of the problem gambler usually has little or no clue of the total financial hit. Problem gamblers are adept at covering their tracks. I once spoke to a woman about her husband traveling to sell one of their homes.

He apparently blew through a nearly quarter of a million dollars in a haze of coke, prostitutes, and high stakes poker games in Vegas as he limped back home. Problem gamblers tend to give advance behavioral warning, and hurt partners often report regretting missed opportunities to pro-actively protect assets and get help before the final crisis hits.

Hodkins, Shead, & Markarchuk (2007) found anxiety and depression in hurt partners proportional to the severity of the problem. Other family members, such as children, may also experience a range of other emotions in response to problem gambling.

A lost sense of safety, despair, and uncertainty will plant seeds of insecure attachment in future generations. These are the sunk emotional costs for future Springfield families of having a casino as a permanent fixture in the economic landscape. The already wounded children of Springfield now have a fresh new obstacle to their healthy development. 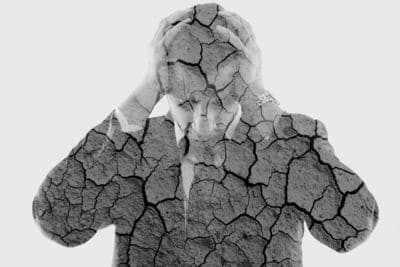 Families Impacted by Problem Gambling Must Stop the Bleeding

Ferland et al. (2008) report that financial triage is usually the first order of the day. Problem gamblers typically gamble away as much as 20% of total household income.

The hurt partner often has to step up through bewilderment, grief, and despair, to assume an additional role in the family as the comptroller of the family finances.

This often invites a PTSD reaction from the hurt partner at the very moment they will have to step up and assume more responsibility.

Here’s the good news: Gambling addiction is usually not a debilitating or crippling addiction. But the co-morbidities for compulsive gamblers require a close therapeutic eye. Problem gambling decimates families.

Am I overstating my case?

It is not unusual to see problem gamblers at the center of a formally vibrant but now withered social network. Patford (2009) says that borrowing money from family and friends extracts a social toll. The now isolated family marinates in anxiety and depression. 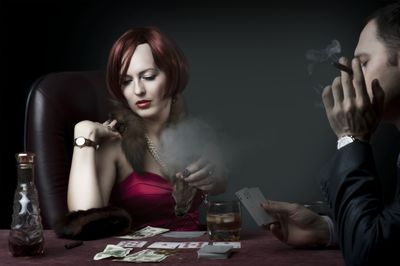 Problem Gamblers and Their Kids

My mom was a problem gambler. Darbyshire, Oster, & Carrig  (2001) said that the kids of problem gamblers feel a profound loss of emotional availability, and that was certainly true for me.

Neuroscience now suggests that problem gamblers may have elevated levels of antisocial traits. It is axiomatic that some problem gamblers place little importance on how their behavior impacts their spouse or children.

We know that 1 to 3% of MGM problem gamblers will wreak wreck havoc with their families. So MGM is preparing the soil:

MGM Resorts has long endorsed responsible gaming practices in several ways, including employee training, public awareness and funding for research initiatives. In addition to these programs, MGM will have a dedicated space within MGM Springfield as a 24/7 resource for patrons and is working with local churches to develop a network of outreach in the community for those in need of information on available local support services. Finally, MGM will make a significant annual contribution to the state’s Public Health Trust Fund to support social service and public health programs dedicated to addressing problems associated with compulsive gambling. MGM Springfield Website

The more the problem gambling erodes trust between the partners, the more attachment injuries are fired off and ricochet throughout the family system. We don’t yet know whether couples therapy can specifically impact problem gambling, but we have learned some surprising reasons why some pundits insist that the social costs might be manageable after all.

The attachment injuries that result from all the lies of commission and omission by problem gamblers are the real traumas targeting these families. While that’s bad for the attachment styles of spouses and children, I must stop kvetching and fess up.

We need to correct a culturally erroneous image of the problem gambler.

The Myth of the Degenerate Gambler

I’m not a fan of legal gambling. I’m uncomfortable with knowing that hundreds of children will endure absent parents and acquire insecure or disorganized attachment. But I must follow the science where it leads.

The cultural message we have received from television and movies about problem gambling wildly distorted the frailty of this compulsive behavior. There are very few truly degenerate gamblers.

Williams and Volberg (1999) conducted research that says that the majority of problem gamblers will experience a “spontaneous remission.” More research, of course, is needed. Researchers believe that severity, duration, and suicidal ideation or domestic violence are significant but still under-researched factors. Why do some problem gamblers just seem to be able to stop without seeking outside help? We just don’t know yet.

For those who can’t stop, there’s good news. Problem gamblers respond quite well to treatment. There is an 85% success rate. Cognitive-Behavioral Therapy (CBT) and Motivational Interviewing are considered to be the gold standard for problem gambling treatment (Hodgkins & Yakovenko, 2014). Most problem gamblers stop on their own or respond readily to treatment.

Why Other Addictions Are Not Directly Comparable

What’s the difference between drug and alcohol addiction and gambling addiction?

Alcohol transmits its effects on specific neurotransmitters that are not involved in the neurology of problem gambling. We now have evidence from neuroscience that cognitive distortion lies behind problem gambling. Unlike drugs or alcohol, there is no loss of executive function.

The gambler believes he can move the universe with the force of his will. He believes that he is due for a big payday, hence the cognitive distortion. The known laws of averages and payouts fade into the fog of delicious hopeful expectation of what the next hand might bring.

Heal With your Spouse with Online Couples Therapy

Previous Post 11 Effective Self Care Tips for Surviving Infidelity Next Post How Should I Act Toward My Cheating Spouse?