Pass the Popcorn... and Get Some MovieTherapy!

Pass the Popcorn… and Get Some MovieTherapy! 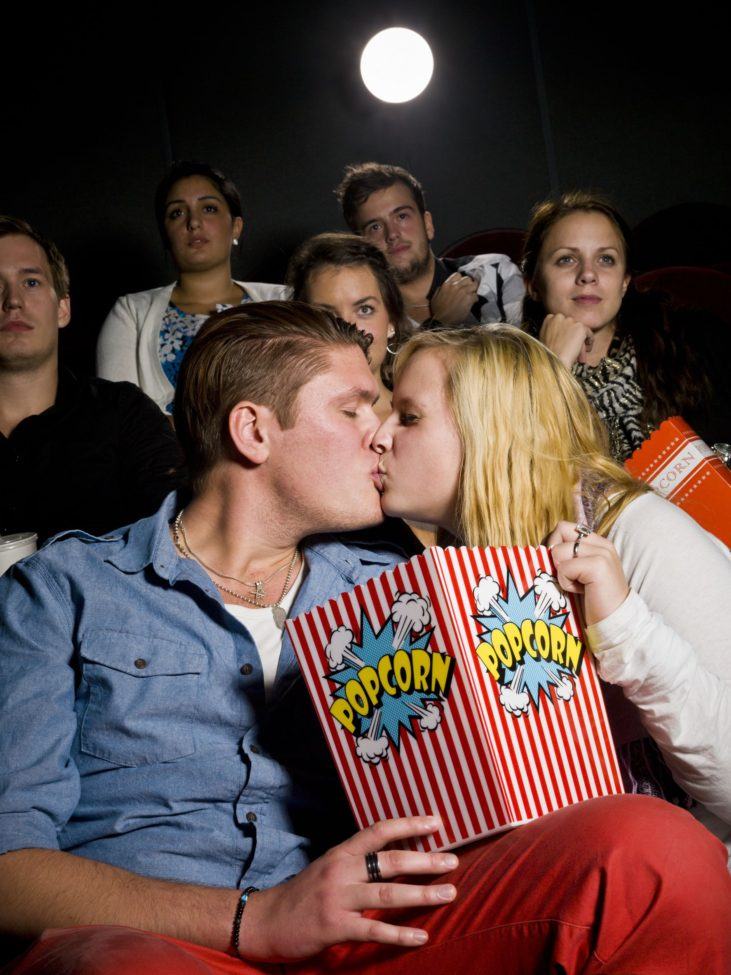 And it may help build empathy with our life partner as well.

A new three-year study finds that Ebert was right, at least where newly married couples were concerned. Could Movie Therapy really be effective for struggling couples?

The early years of marriage are the most difficult, according to the University of Rochester psychologist Ronald Rogge.

Divorce rates for newlyweds were more than halved by couples watching movies about relationships and discussing them afterward.

We thought the movie treatment would help, but not nearly as much as the other programs in which we were teaching all of these state-of-the-art skills. He continued:

The results suggest that husbands and wives have a pretty good sense of what they might be doing right and wrong in their relationships. Thus, you might not need to teach them a whole lot of skills to cut the divorce rate. You might just need to get them to think about how they are currently behaving. And for five movies to give us a benefit over three years–that is awesome.

When the groups were compared over three years, all did about as well compared with a control group, in which couples sought to divorce at twice the rate.

This was a surprise for the movie-and-talk group given that it didn’t feel like going into couple’s therapy.

Rogge felt the findings were significant because with some troubled couples, it might not be possible to get a partner into couples therapy. But watching a movie together and having a discussion for about half an hour to forty-five minutes, Rogge says “that’s not so scary. It’s less pathologizing, less stigmatizing.”

But Ronald Rogge has some cautious advice about the kinds of movies that aren’t appropriate. Too many romantic comedies show humorous squabbling, with an unrealistic romantic resolution occurring only in the final fleeting moments of the film.

Rogge points out that couples that eventually divorce, like all of us, also have a history of watching films together. So what are the specifics that make watching a movie together as potentially helpful as a couples therapy session?

The films that Rogge considered therapeutic showed a couple in a long term relationship actively engaged in working through their differences throughout the film. Offering each other support, as well as smarting from differences, but continuing to muddle through. The couples therapy effect comes from the quality of the conversation as the viewing couple compare and contrast themselves with the onscreen couple. It is the act of taking the time to focus on considering the question “how am I treating my partner?” that matters.

Some of the films used in Rogge’s study were:

What excites Rogge is that this is an activity that couples can engage in themselves that is a low stress window into a conversation that his study shows may have, for newlyweds, the same therapeutic effect as a couples therapy session. But even if you’re not a newlywed, the magic of the right movie may open a new conversation for you and your partner as well.

Here is a Link to instructions given to the participating couples, and a complete list of the movies used in the study.

Therapists who specialize in working with couples stay on top of significant, evidence-based research like this, to help their clients break bad relationship habits that lead to divorce, and maximize their ability to turn toward each other.

Marriage in the Movies: Boyhood