What is Gaslighting Narcissism? 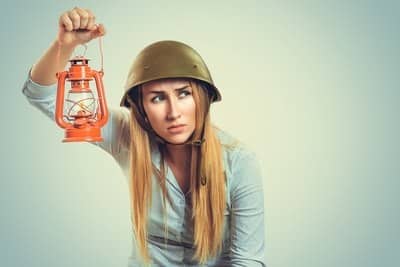 The popular use of the term “gaslighting” goes back to the early 1950s. But amazingly, this word was only added to the Oxford English Dictionary in 2004. In this post, I’m going to unpack Gaslighting Narcissism.

As I’ve mentioned in a previous post, The term gaslighting originates in a famous 1938 play popularized a few years later in a 1944 film.

Gaslighting is intentionally making someone doubt their experience or perception of reality.

We live in an era of socially acceptable gaslighting. Gaslighting is more accurately called Gaslighting Narcissism because gaslighters are hyper-focused on manipulation, dominance, power, and control.

Men get a bad rap as gaslighters. The truth is, gaslighting is an abusive behavior found in both genders equally.

The central idea behind gaslighting is control through the manipulation of perception. They want you to trust in their sense of reality more than your own.

Splitting is instigating conflict for the purpose of consolidating power. Narcissistic Gaslighters love to manufacture conflict while hanging back to watch the show. Ultimately they seek to ingratiate themselves by drawing you closer in while pulling you away from others.

A Double Bind is a forced choice between two undesirable outcomes, essentially, putting you into a no-win situation. Gaslighters love to maneuver their spouses into hopeless dilemmas that will increase reliance on them.

Flattery and Image are crucial to Gaslighting Narcissism. Love bombing” often draws potential partners into their web. These are red flags. But you will eventually discover that they’re not only very concerned about how they look, but they can also be quite preoccupied with how you look. Narcissistic gaslighters often harass their partners over their wardrobe, weight, and grooming. The consistent message to their partner is that “you’re embarrassing me.”

Projection is a stock stratagem in Gaslighting Narcissism. What better way to deflect and defend than to accuse you of being controlling and manipulative? Gaslighters will pull this move when they sense that you’re finally on to them.

The Neuroscience of the Cluster B Personality 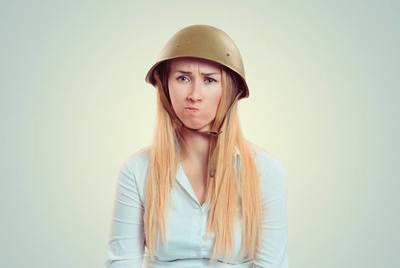 We now know that those spouses with Cluster B traits don’t have a conventional neural net around punishment and reward.

They will act impulsively and sometimes outrageously with little regard for social consequences (Gregory et al., 2015).

Neuroscientists have noticed a “fake empathy” in Cluster B spouses. This false empathy can be recognized as a monotone voice saying the “right words” but utterly devoid of feeling.

This one of the reasons why gaslighters fare so poorly in couples therapy. Their behavior is ego-syntonic. This means that they have no sense that their behavior is out of line. They seek to establish and maintain an abusive relationship with their spouse because it seems perfectly appropriate for them to do so.

Having no felt sense of personal responsibility, you can see why couples therapy is typically a waste of time and money with these spouses. In couples therapy, you have to be “in it to win it.”  The Gaslighting Narcissist is neither.

If Gaslighting Narcissism is so Toxic…Why do Healthy Partners Get involved With Them in The First Place?

Narcissistic Gaslighting Narcissism at first is hidden in a cloud of love and attention.

At first, they intoxicate you with their flirty flattery. In the early days of wooing and courting, they use flattery and attention to the extreme. Gaslighting Narcissists also have a keen ability to suck you back into the relationship when they sense that your interest is waning. This red flag is so common in gaslighting narcissism that therapists have a slang word for this behavior…Hoovering.

Named after the Hoover vacuum cleaner, Hoovering is basically a way of “sucking” a person back into an abusive relationship. In an attempt to regain control over their victims, hoovering abusers will use manipulation tactics that target their victim’s soft spots and emotional vulnerabilities. If they are successful, the Hoovering abuser will use their victim until they are bored with them and discard of them once again. 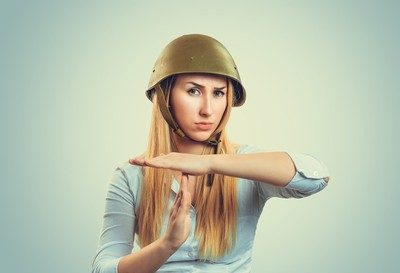 Chronic gaslighters tend to be even more extreme narcissists, so this is particularly true for them. Gaslighting Narcissists, like the rest of us, come by their distorted perception of reality honestly.

By that I mean most gaslighters learned how to control and manipulate in their family of origin. As kids, most gaslighters had to endure emotional chaos and narcissistic abusive patterns from their parents.

In other words, the narcissistic apple doesn’t fall far from the family tree.

The Gaslighting Narcissist grew up in a family where nothing they ever did was “good enough.” As a result, they tend to develop a “false self“—a thick face explicitly designed to please their demanding parents.

But, it’s all fake, and the child (now your spouse) knows that deep down.

As a result, their “real self” never got a chance to flourish, because it was never nurtured. Consequently, every time their self-image is threatened, they can either collapse into a deep depression, despair and anxiety…or they can over-compensate with unrestrained grandiosity.

It’s not even a hard choice, is it?

If we take a wider view, this type of abuse is pervasive in the 21st century, particularly in developed countries. (Johnson, 1987).

Because they were regularly gaslighted in their family of origin, they tended to feel bad about themselves and learned that control means safety. However, not every child of a narcissistic parent necessarily turns out that way.

Gaslighting is toxic manipulation, but it’s also a form of self-protection. And they don’t feel guilty about it.

These cognitive distortions are one of the main reasons why victims of marital gaslighting achieve little in couples therapy.

Some therapists like to draw a nuanced distinction between narcissists and gaslighters. While it is well known that narcissists are fundamentally exploitative, they argue that, on the other hand, gaslighters primarily seek to manipulate and control.

But I think it is more useful to recognize that while narcissists feel an acute deficit in their object relations, gaslighting is an elegant tactic to obscure this relational insecurity while simultaneously gaining control over the relationship.

In other words, gaslighting is an elegant force multiplier for spouses with a Narcissistic Personality Disorder. I seriously doubt that healthy spouses who deal with gaslighting fail to appreciate the narcissistic features of their partner.

How to Deal With Gaslighting Narcissism

How to Spot Gaslighting Narcissism

In Order to For them to Win…First You Must Lose

Emotional Violence is another kind of abuse … it’s not about words because an emotionally abusive person doesn’t always resort to using the verbal club, but rather the verbal untraceable poison. – Augusten Burroughs

The Verbal Judo of Gaslighting

Here are some specific tactics used in gaslighting:

Gaslighting typically happens very gradually in an intimate relationship. At first, gaslighting may seem harmless. But the pattern builds over time. A spouse on the wrong end of Gaslighting Narcissism may slowly become depressed, anxious, confused, and isolated, becoming increasingly reliant on their gaslighters perceptions and decision-making abilities.

The Problem With the Concept of Narcissism

I must warn you, if you call us to accuse your partner of narcissist gaslighting, we will probably reserve judgment until we hear a little more about your situation.

In the first place, that’s exactly the story a narcissist gaslighting spouse would tell us!

Remember the tactic of projection that I mentioned earlier.

A gaslighting narcissist will lobby a couples therapist relentlessly in order to also pull them into their reality distortion field.

And this hard sell will often begin right off the bat on the initial intake phone call!

But if you persuade us that you’re actually married to a Gaslighting Narcissist, we’re probably not a good fit for you …for couples therapy anyway.

But you may be a great candidate for Hopeful Spouse counseling. Whatever you decide to do…you’re going to need a lot of support!

Keep in mind that most marital disagreements about perceptions of reality are not necessarily evidence of gaslighting narcissism.

It might be that you’re both just stubborn and don’t know how to discuss your different perceptions of reality.

Good couples therapy can help with that.

As Gottman famously quipped, here are two distinct realities in every relationship.

Healthy couples do have power struggles, and milder, infrequent tendencies toward gaslighting may respond to science-based couples therapy.

However, if you notice a persistent pattern in your partner of constantly lying and forcing distorted perceptions on you, consider trusting your intuition.

Narcissists and sociopaths don’t play nice in couples therapy. This is not good news for many long-suffering spouses…but it is the truth. If you’re being gaslighted, couples therapy will probably not help.

But Hopeful Spouse counseling with a trained science-based couples therapist can help you unpack these experiences, keep your sanity, and work toward establishing more firm, healthy boundaries…whether you stay married or not.

Thomas, David. Narcissism: Behind the Mask. The Book Guild Ltd. (2010)

Do You Need Hopeful Spouse Couching To Recover from Gaslighting Narcissism?