For most husbands, enduring a nagging wife can be quite aggravating. However, new research from Europe tells us that being on the receiving end of critical nagging from your wife is a serious hazard to your health. Recent research has suggested that chronic nagging is linked to literally hundreds of unnecessary deaths each year.

The research reveals that husbands who experience nagging from their fretful partners were more than twice as likely to die within ten years than those with less stressful marriages. 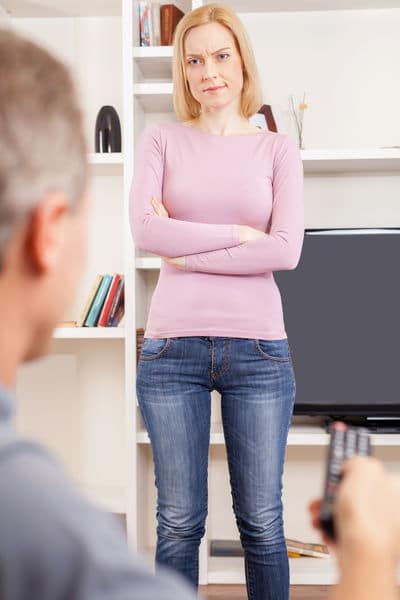 These deaths were gender-linked. The science shows that men may become ill and die from their physiological reactions to being nagged.

Let’s be clear about this. It’s not the nagging itself which is deadly, It is rather the habitual physiological reactions that men experience, and fail to gain mastery over, that erodes their health and well-being. Failure to accept influence is a crucial factor.

Death by nagging is a deadly intersection of physiology, personality, and socialization. It is not the fault of frustrated, long-suffering wives.

Wives are Immune to Retaliatory Nagging

If these husbands nag back, their wives are far more immune to death by nagging. Research indicates that enduring a nagging husband resulted in little impact on female death rates.

Women can tolerate a chronically nagging spouse much better than men, most likely because they process being on the receiving end of negative emotions differently, and engage in better self-care through social supports.

The research indicates that over 300 extra deaths per 100,000 people per year could be caused by persistent spousal criticism, nagging and the incessant articulation of demands and concerns.

Nagging increases stress levels, and stress has long been identified as having a massive impact on health. Men who are nagged are at increased risk of heart disease and stroke, and being nagged also encourages poor self-care habits such as stuffing down unpleasant emotions, eating junk food, and a living a sedentary lifestyle which magnifies the problem.

So How Does Nagging Kill Husbands?

Gottman’s research has told us that men and women have profoundly different reactions to Diffuse Physiological Arousal (DPA).

This new research confirms that fact. Men react to stress with much higher levels of cortisol than their wives. Cortisol is a hormone, that at high levels, is known to be incredibly hazardous to your health.

The author of the Study, Dr. Rikke Lund, Section of Social Medicine, Department of Public Health, at the University of Copenhagen, said: “Men also have fewer people in their social network than women who tend to share their problems and worries with more people. Their partner is more important to them in a relatively small social network.” And when that partner is a chronic nagger… who does he turn to for comfort?

“It is interesting that we have identified that males who are exposed to worries and demands by their partners have higher mortality and are the ones we should focus on. We tend to struggle to reach this group with public health interventions and maybe we should be focused less on the individual and more on social networks as a whole.” Dr. Rikke Lund.

The study drew a sharp distinction between men who are employed and unemployed.

Unemployment for Men is a Huge Stressor

Jobs and Careers offer a space for positive self-worth which tends to mitigate the impact of a stressful marriage. The study also shows that the stress of unemployment combined with being frequently nagged increases the death rate for these husbands.

The combined effect of frequent demands and worries from a partner and being unemployed could account for well over 4oo deaths per 100,000 people per year.

We already know from earlier studies that solid emotional support from family and friends is protective of health. This is noteworthy study because it is one of the first studies to pose the opposite hypothesis.

This was a very large study. Danish researchers questioned 10,000 men and women aged 36 to 52 about their everyday social relationships, asking which partner was the nagger or the “naggee.”

The researchers tracked these 10,000 couples over a decade. The results were that 4% of the wives died, and a third more, 6% of the men died as well. 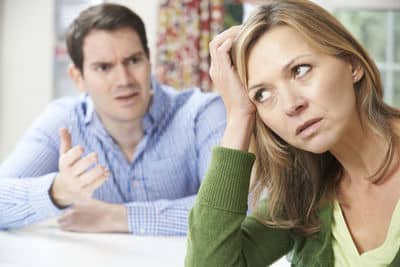 The research shows that about 50% of the deaths were from cancer, followed by heart disease, stroke, liver disease, accidents, and suicide. Around one in 10 study subjects reported that either their partner or children were a frequent or constant source of chronic demands and nagging.

An unexpected finding from this study was that children nag too. 6% of the study subjects reported that they were often in conflict with either their spouse or children.

The study results tell us that constant demands and nagging from children appeared to increase the risk of early death by almost 50%.

You Only Hurt the One You Love

Curiously, conflict with friends, neighbors, and even other relatives had no negative health impacts. I guess the old song “you only hurt the one you love” has some science behind it. The most dangerous impacts were from constant, ongoing marital conflict.

Husbands who reported that marital conflict was an ever-present or frequent factor in their marriage were twice as likely to die.

The researchers also emphasized that psycho-educational couples therapy on how to manage marital conflict, (such as what we do here at Couples Therapy Inc.), can help reduce many unnecessarily premature deaths.

Prof Carmine Pariante, professor of biological psychiatry at the Institute of Psychiatry King’s College London says that wives are much better at recognizing how and when they are stressed.

They also are more comfortable with sharing their vulnerabilities with others, and more readily seek support from friends and family. This willingness to seek support has a demonstrably protective quality on their nervous systems.

“This study shows the assumption that men are more resilient to stress is incorrect. Conflict is at the clearer end of the stressful event spectrum and is probably recognized by men and women alike as being difficult, so they seek help and talk to their friends about it. But a chronic level of low stress, like this nagging, is not enough for men to seek help. This low level of stress is enough to affect mortality because it can impact on cortisol levels and the immune system, you do not need to have an earthquake or terror attack for stress to have an effect on physical health.” Professor Carmine Pariante.

There’s that “Guy Code” again. Men tend to suck up low levels of stress, along with a Cortisol Cocktail. They “never complain, never explain,” and science now tells us that they tend not to remain either. Listen up, guys…toxic masculinity can kill you.

The 2014 findings were published in the Journal of Epidemiology & Community Health.