My Husband Cheated on Me...Now What?

My Husband Cheated On Me…Now What?

My Husband Cheated On Me …Now What?

In the aftermath of the disclosure or discovery of an affair, most couples are overwhelmed by pain, rage, and guilt. As one of the clinicians at Couples Therapy Inc., it’s typical for clients to contact us in the early days of affair disclosure. “My husband cheated on me… now what? is a question I often hear.

Research tells us that some couples are just a bit too raw and shell-shocked to enter therapy immediately. But at CTI, our process is by no means an immediate one. Self-care is paramount.

If they are doing a Marriage Retreat Intensive, both partners must complete the Big Big Book before coming. We need to know as much as possible so we can prepare for our work. I tell our couples, “we prepare to see you, and you prepare to see us.”

The first phase for the Hurt Partner is Shock. “How could he do this to me?” is a question that has probably existed in relationships from the beginning of love.

“My Husband Cheated On Me …Now What?” I imagine Hurt Partners have asked this question for thousands of years. Shock is held in the body and the mind. Numbness. Trance. Disbelief. And then…Rumination and Obsession. 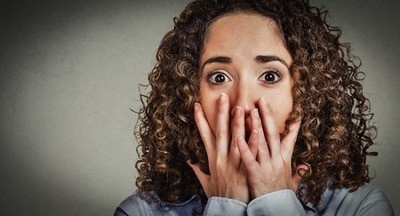 Why is the Question “My Husband Cheated On Me …Now What?” Such An Obsession?

First, I want to emphasize that my gendered language emerges from our clinical experience.

We still see more infidelity in couples therapy by husbands who are the Involved Partners.

But many social scientists warn that from a long generational view, as more women enter the workplace, we are seeing, and will continue to see, a gradual uptick in the number of women who also initiate extra-marital affairs.

The Hurt Partner’s rumination and obsession with the infidelity are the first, and greatest hurdles in affair recovery.

Before the insights provided by neuroscience, attachment science, and science-based couples therapy, therapists were quite divided over these phenomena of rumination and obsession. Their confusion didn’t help couples much. In many cases, even today, all-purpose couples therapy can make things much worse.

Some therapists believed that rumination was healthy and should be supported in therapy. Others thought that it was a normal behavior early on, but if it became protracted, a sort of complicated grief emerged that prevented a couple from healing.

Still, another point of view was that the rumination and obsession were the “engine” of therapy. If the couple received enough support, and if the therapist was patient, the couple could move on by themselves—fat chance.

“My Husband Cheated On Me…Now What?” The Perennial Question

“My husband cheated on me…now what?” Therapists understand the question. Many could even personally relate to the question. However, in the dark days before neuroscience, we did not know how to use the question therapeutically.

Before the tremendous advances in attachment science and the neuroscience of trauma, this question was bogged down in the quicksand of psychoanalytic speculation. Counter-transference mucked this conversation up even more. Some therapists argued that Hurt Partners are always victims. Any discussion of their contribution to the infidelity was letting the Involved Partner off the hook.

“My Husband Cheated On Me…Now What?”…Do You Really Want to Know?

The idea of working with a Hurt Partner toward any notion of how they might have contributed to the situational vulnerability of the couple was heresy, if not deemed gross clinical malpractice.

Systemically trained therapists (who were mainly the new kids on the block) pointed out that until you got underneath all that pain and rage, you’d never uncover how the couple dynamics really operated, or how to nudge them into more intimate healing conversations.

A big part of the challenge is that rumination and obsession are just hard to deal with. It’s hard because a Hurt Partner, early on, tends to want to run the session. There are so many undelivered plates! The fragility and rage of the Hurt Partner threaten to wrest control away from the therapist. 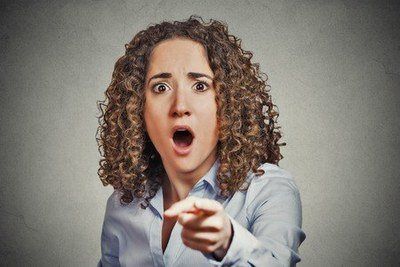 Neuroscience Explains the Skip in the Record

Another thing. Rumination and obsession are messy. Rumination is not an emotional process, it is a repetitive habit of mind.

Many Hurt Partners say, “they are trying to understand.”  And many couples therapists uninformed by neuroscience miss the real significance of that statement.

The rumination and obsession (let’s call it the R&O) of the Hurt Partner have predictable themes. They blame and attack, sometimes it seems, out of nowhere.

They ask questions about specific sexual activities with the affair partner as if they want to torment themselves with an ever-widening circle of toxic detail. They can be loud, rageful, threaten divorce, or be utterly inconsolable. They are often no less restrained in the therapist’s office. It’s painful to watch. But neuroscience has provided some insight.

My favorite couples therapist, Terry Real, points out that it’s perfectly OK for the Hurt Partner to describe their emotions in vivid detail. But it’s another thing for them to present as loud and dysregulated in couples therapy. Amateur all-purpose therapists let them get away with it, and that only serves to keep the Hurt Partner Stuck.

Burning your bridges will not light your way forward. But many therapists lack the clinical courage to lovingly confront hurt partners who act on their rage instead of describing it. Sometimes there are people at home counting on you to work through your rage and grief….like your kids.

“My Husband Cheated On Me…Now What?” Please Tell Me!

The trauma brain races in circles. R&O are examples of explication. Explication is a fancy word for trying to think your way out of a problem by yourself.

The Hurt Partner is hungry to understand. But she’s hoarding all her insight. Explication and pain keep the Hurt Partner confined in a golden prison of blamelessness. As Gottman’s research points out, remaining chronically “inconsolable” becomes a rut. It’s a Groundhog Day for the relationship.

The initial stages of the Hurt Partner’s rage also protect them from considering how they may have distanced themselves over time from their Involved Partner. It prevents them from the more sensitive work of recognizing how they may, in some ways, co-created the very relational vulnerabilities of which the infidelity is a symptom. 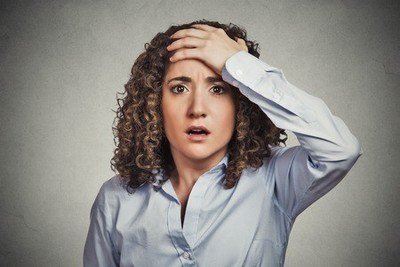 When their pain is validated, and the Hurt Partner feels safe enough to dialogue, perhaps initially only at first with the couples therapist, the HP can begin to make some sense of the pain.

Trauma science tells us that “telling their story” is a critical aspect of healing.

You can only tell a story after you have processed the “new reality” of their infidelity.

A good couples therapist establishes a robust therapeutic bond, validates the pain, and gently guides the couple into a constructive dialogue.

There are common themes in the Hurt Partner’s explication. A sense of being violated, taken advantage of, exploited, feeling rejected, or abandoned. The anger of women has a known and predictable architecture.

Research tells us that in the anger of wives, three themes dominate; the irresponsibility of her partner, the injustice of her dilemma, and her sense of powerlessness to influence the situation. The intensity of these themes deepens when they become Hurt Partners.

Neuroscience tells us an essential thing about Hurt Partners whatever childhood wounds of feeling neglected, unloved, or abandoned that the HP carries are re-activated and re-installed.

In other words, being a Hurt Partner in most cases is not only trauma, but it also pries open the Pandora’s Box of older unresolved family-of-origin trauma as well. It is both traumatic and re-traumatizing at the same time. That is why self-care is job one.

R&O is the first and most formidable obstacle to affair recovery. You can’t rebuild trust without exiting rumination and obsession.  This process takes time, but the Hurt Partner needs to understand that couples therapy is a clinical road that we travel together.

Research tells us that Hurt Partners, who become intensely embittered and inconsolable, run the risk of remaining so for the rest of their lives.

This posture of inconsolability supports the fiction that infidelity is not only the problem, but it is also the only problem.

Your couples therapist should initially focus on your self-care issues, validate your pain, but also patiently and gently guide you into a dialogue grounded in emotional understanding and connection.

If you are a Hurt Partner, please understand that your rumination and obsession with your spouse’s infidelity is a natural, and perfectly sensible phase of affair recovery.

It’s just not wise to live there forever.

You need a science-based couples therapist who will guide you through this explication process in a supportive, validating, and deliberate way. That is the value of a planned Intensive Marriage Retreat. Healing is a priority…whether you believe you can remain married or not.

But if you remain embittered and inconsolable, it might ruin your life and even scar your children.

You will be eventually be asked to emerge from grief, connect the dots, and tell your story. You may make requests of your partner, and receive offers from them. Hopefully, you can honestly assess your relationship’s blind spots and share some new insights.

Eventually, the question, “my husband cheated on me…now what?” is answered. The good news is that affair recovery is not only possible, but forgiveness is too. Many couples also emerge from infidelity stronger and more attuned than ever before.

But for deep and lasting affair recovery to occur, it requires cognitive space and hard work for both of you. Cognitive space that becomes available only when rumination and obsession lessen their grip on your heart.